Trending
You are at:Home»Lifestyle»5 Reasons Why Older Men Fall for Younger Women 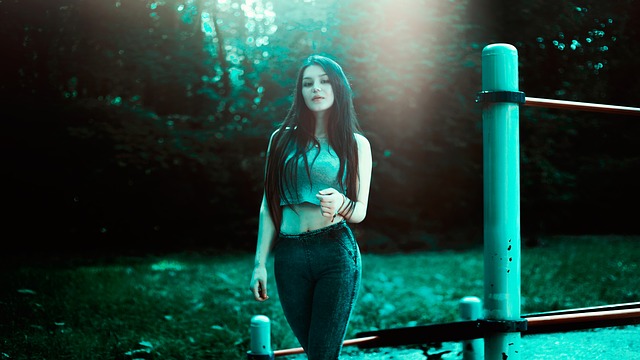 He’s old and wrinkled and she’s young and smoking hot. From a distance, they look like they’re worlds apart, but when you scratch the surface you actually see that it’s perfectly natural for older men to gravitate towards younger women, and it’s perfectly natural for younger women to be attracted to older men. Today we look at the reasons why this is so in an attempt to explain this peculiarity that is very prevalent in our society, or why an older man wants to meet younger women.

As raw as this statement sounds, younger women are fertile, which is what makes them so attractive. A basic understanding of biology is enough to know that when a woman has a high level of estrogen in her body her lips are fuller, and her boobs and behind are bigger – the three things that drive men absolutely crazy. Older women can’t have children, and the level of estrogen in their bodies is much lower, which visually translates into them being far less voluptuous. From a biological standpoint, this is the sole reason why younger women are more popular in the eyes of men than older women.

The greatest sign of good health is physical beauty. You’d think that men were shallow creatures only attracted to what’s on the outside, but truth be told, on an unconscious level they’re actually attracted to pretty girls because pretty girls are healthy. But what does health have to do with attraction? Well, everything! A healthy girl can have healthy children, which isn’t something men think about much (or at all), but luckily for them, the unconscious part of their psyche does and draws them towards beautiful women like magnets.

When a man is in his 30s and isn’t ready to settle down, dating women his own age is not going to go well because chances are they’re looking for a husband and their baby daddy. On the other hand, a girl who’s 22, fresh out of college and with a career to build is much easier to date. Her only expectations are to be loved, respected, and cherished. She doesn’t want a diamond ring just yet, isn’t secretly checking out wedding dresses and isn’t putting pressure on her man to start a family. She’s a breath of fresh air compared to a woman who’s on a prowl. A girl in her early or mid-20s just wants to have a little fun, making her a perfect choice for men who still want to party all night long.

A woman his age, no matter how old the man is, is less likely to be in awe of him whereas a younger girl thinks he’s phenomenal. A 40-something woman is probably independent, has children, a career, and knows very well that a strong woman doesn’t need a man in her life to make her feel complete, support her or even be useful (at times). A girl in her 20s who is full of life and believes in everlasting love is far more likely to respect a man in his late 30s, 40s or even older. In her eyes, he’s accomplished, successful, competent, and worthy of respect. In other words, she knows how to stroke his ego the right way, which is why he’s incredibly attracted to her.

He may be accomplished, popular and wealthy, but he still needs validation from women. A younger girl’s fascination with a man is valued more than the fascination that comes from an older woman. It’s simply worth more in a man’s mind to have validation from someone 15 years his junior than a woman his age. A woman of his generation may be successful and still pretty, but she’s inevitably dealing with aging, and given that aging isn’t the sexiest thing in the world she’s often faced with ‘sexual invisibility’. In other words, the pool of men dating women past the age of 50 or so is very small, getting even smaller as each year passes. As a result, an older woman may be less picky or might be seen as desperate, whereas a young and pretty girl can have any man she wants, and the worth of a man she goes for is that much more increased.