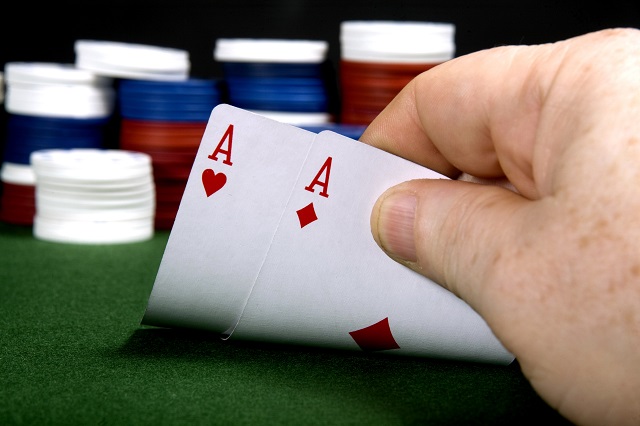 If you enjoy gambling and films, what better way to spend an evening than watching a gambling film?
Over the years we have watched some truly exceptional gambling films and, in this post, we’d like to highlight five great gambling films.

So, get your chips at the ready.

If you want to experience online gambling, you can head on over to a site like MobileSlotSites, which has a wealth of invaluable online gambling information to help you on your way.

Maybe you could even spend your evening watching one of these classics before taking your virtual seat at the blackjack table. Sounds pretty good to us.

“Casino” is the aptly named epic directed by Martin Scorsese. Casino stars Joe Pesci, Robert De Niro and Sharon Stone and can rightly stake a claim to being the greatest gambling movie ever made.
Released in 1995, “Casino” is a tale of power, greed and money. De Niro plays Sam “Ace” Rothstein, based on Frank Rosenthal.

Rothstein is a Jewish American gambling handicapper whose job is to oversee the dealings at the Tangiers Casino in Las Vegas, at the request of the Chicago Outfit.

Pesci plays the mob enforcer, Nicky Santoro, loosely based on the real-life enforcer, Anthony Spilotro. His job is to provide Rothstein with the protection he needs.

Underneath it all is Ginger Mckenna, played by Stone, who is the fast living, self-absorbed wife of Santoro.

Freed is an inspiring teacher who is loved by his pupils. He has the glowing affection from his wife Billie and the admiration of his mother and grandfather.

Little do they know that Caan has a gambling addiction which is spiralling out of control. He has racked up huge debts and the threats towards him are severe.

This is a fantastic gambling film which is not quite as famous as the others on this list. Caan earned a nomination for a Golden Globe for his excellent performance.

“Croupier” is a highly entertaining British neo-noir film directed by Mike Hodges. It was released in 1998 and stars Clive Owen as Jack Manfred, an aspiring writer going nowhere.

He decides, reluctantly, to take on a job as a croupier. The job begins to take over his life and soon he finds himself embroiled in the gambling world, with all that entails.

“Croupier” received a strong critical following in North America and was widely praised. It also uses interior monologue which are in the style of many early noir detective films.

In just 94 minutes, Hodges created one of the most compelling gambling movies of all time.

Danny Ocean is the ring leader of a proposed heist. He speaks with his partner-in-crime, Rusty Ryan, about simultaneously robbing three casinos in Las Vegas.

Danny and Rusty enlist the support of Reuben Tishkoff, a wealthy, former casino owner. The targeted casinos are all owned by Terry Benedict, a rival of Tishkoff.

Danny and Rusty recruit eight more former colleagues and criminal specialists to help them in their audacious plan of a $150 million heist.

Directed by Steven Soderbergh, this is an epic adventure.

The 2006 “Casino Royale” features James Bond in his full gambling prowess. The film takes place at the beginning of Bond’s career, as he is earning his licence to kill.

The plot is all based around Bond bankrupting the terrorist financier and poker expert, Le Chiffre, in a high-stakes poker game.

The enthralling action moves quickly with no apologies. The all-or-nothing showdown between Bond and Le Chiffre is truly gripping and is one of the most memorable Bond scenes in recent memory.