Trending
You are at:Home»Entertainment»Movies»Movie Review: “Yesterday” 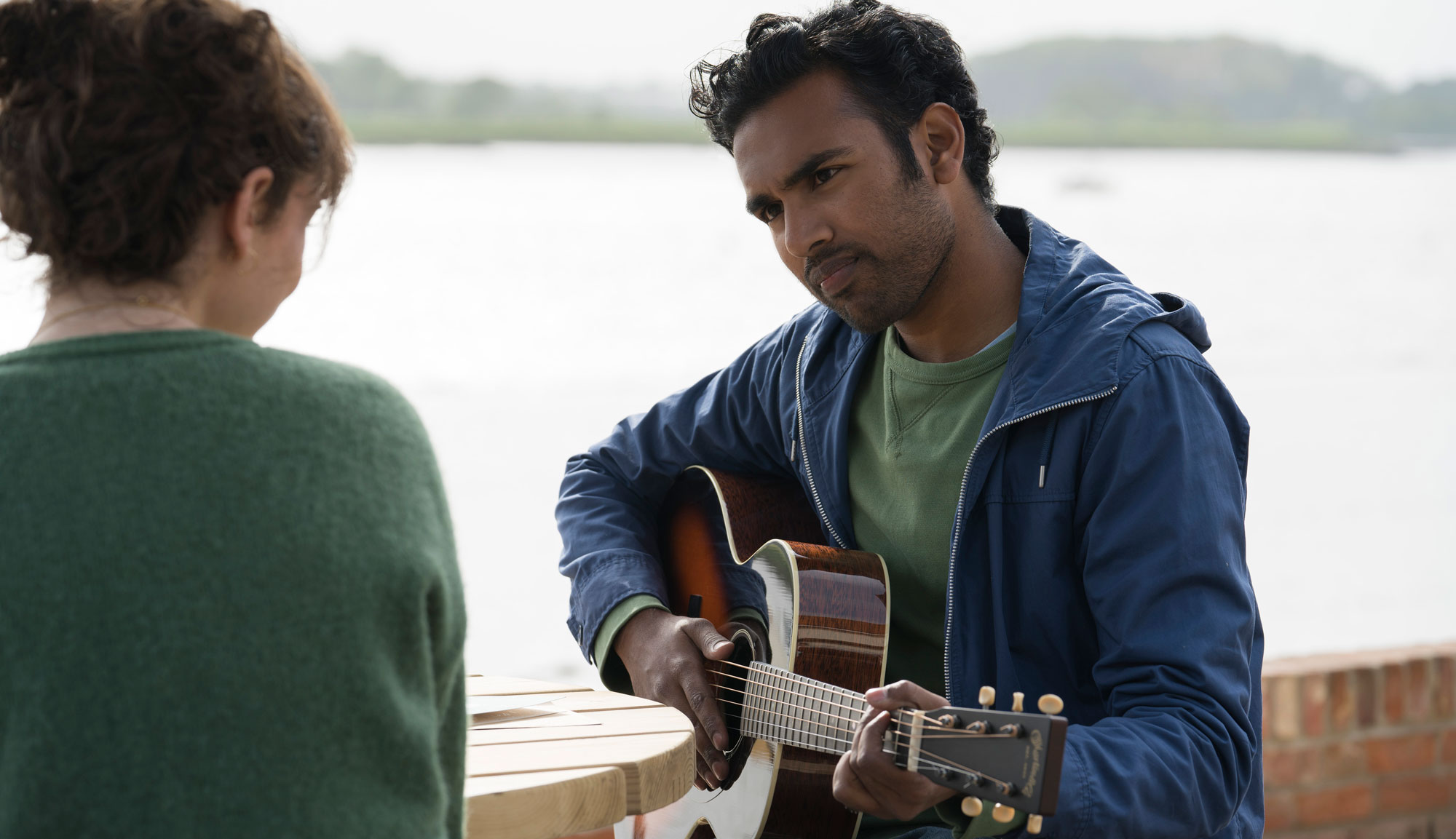 There’s something undeniable about having a clear and strong narrative hook like there is in “Yesterday.” It’s the sort of movie that translates extraordinarily well into, say, a two-minute trailer. The plot is simple: What if someone woke up to a world where The Beatles never existed, but he remembers all of their songs? It’s a flashy, eye-catching premise, and one that’s sure to guarantee a great soundtrack. Combine that with Oscar winner Danny Boyle in the director’s chair working from a script by celebrated scribe Richard Curtis (of “Love Actually” and “Notting Hill” fame), and “Yesterday” seems destined to please crowds and inspire new generations of Beatles fans.

The man at the center of this alternate universe is Jack Malik (Himesh Patel), a part-time pub singer who wants to hit it big and lacks the talent to do so. His biggest fan, Ellie (Lily James), is also his manager and unrequited love, though he couldn’t be more oblivious to her true feelings. When he’s hit by a bus during a freak blackout, Jack wakes up to a world that’s never heard of The Beatles. So when he plays some Fab Four classics for his friends and they think he wrote them himself, Jack decides to use the songs to become a megastar, thanks in part to the support of early adopter Ed Sheeran (playing himself). Sheeran’s manager (Kate McKinnon) whisks him away to America for a life of fame and fortune, pulling him away from Ellie and into a moral quagmire as he continues to take credit for other people’s work.

Patel isn’t new to acting (with nearly 600 episodes of the British soap “EastEnders” under his belt), but this is his first role in a major motion picture. Boyle puts a lot on his shoulders, requiring him to not only carry the emotional weight of the story and the guilt surrounding his fraudulent lifestyle but also to belt out some pretty great Beatles tunes with a pop star’s poise. More often than not, he’s up to the task, especially in the singing department. It helps to have Lily James at his side, so effusive and charming as his lovelorn girl next door, as well as solid comic relief from Joel Fry in top bumbling idiot burnout form. McKinnon goes super arch and broad – more of a perpetual mugging machine than a real character – but she’s mainly a bourgeois costume villain, the embodiment of America’s people-are-a-commodity culture, so it’s fine that she’s not showing a lot of depth.

The premise is solid, the music is great, the acting is good enough and Boyle adds some welcome spice to the visual language and camera work. Seems like a surefire hit, right? Not quite. Unfortunately, the Richard Curtis of 2019 is a far cry from the man who made his name on incisive, witty comedies like “Blackadder” and “Four Weddings and a Funeral.” If you’ve seen any recent Curtis movies, you should know exactly what to expect from the plot of “Yesterday.” Just like his last major film, 2013’s “About Time,” it’s about a guy who does morally questionable things and is rewarded with no consequences of any kind, the girl of his dreams (after casually breaking up her committed relationship with no regard for the significant other) and everything he ever wanted. It’s wish fulfillment to the highest degree – the sort of ending designed to send you out of the theater on a high without worrying about the implications of Jack’s actions. He’s kind of selfish and terrible, which would be fine if he had some fall from grace or reckoning that caused him to act like a better person, but Curtis skips or truncates all that messy stuff that makes movies good and just focuses on the surface of it all.

Sure, “Yesterday” is charming in that innocuously British sort of way, and it’s an excuse to hear some decent renditions of great songs, but it simply doesn’t hold up to even the slightest bit of muster. We see that the lack of The Beatles has changed the landscape of music in some ways (mostly just as an opportunity to dunk on Oasis), but apparently, the rest of the music world is left unchanged despite the absence of the single most influential band of the 20th century. Other things have disappeared too, but it’s all just to set up a recurring Google search gag that runs its course. It feels profoundly lazy on a screenplay level, taking the time to set up a joke without caring about its wider implications. Not all movies need to be this thorough, but high concepts sure do. Otherwise, it’s a house of cards that collapses upon even the tiniest prodding. At least you’ll have some Beatles songs stuck in your head, which is probably for the best, as delving deeper into “Yesterday” is a fool’s errand.