Trending
You are at:Home»Vices»Drink of the Week: Ground and Pound 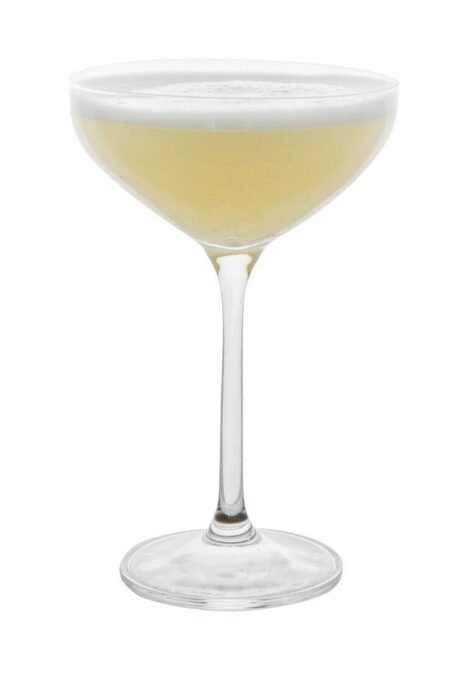 Another bottle of quality booze has mysteriously arrived at DOTW Manor. This week it’s Nemiroff’s Honey Pepper Vodka. Longtime readers will note I don’t feature a lot (or any) flavored hard liquors, but I decided to make an exception mainly because this particular product is very well reviewed and I love sweet/hot combinations. Having now tasted the stuff on my own, I can say that, as flavored vodkas go, this may be as good as it gets. Considering, some of the flavored boozes from various companies I’ve tasted were good preparation for the stuff they make you drink to prep for a colonoscopy, this might seem to be faint praise, but this is one I’d actually buy for myself, and not just because it makes for an intriguing Bloody Mary.

All that aside, this recipe is an excellent vehicle for Nemiroff’s Honey Pepper. It’s a thoughtfully tasty variation on a vodka sour which is more than just sweet and tart.

For the honey syrup, combine equal parts honey and water in a small pot, heat until the honey dissolves thoroughly. Store and cool down. It’s not a hassle if you have a squeeze bottle on hand to keep it in, and it’s also good for old fashioneds and the like.

Next, combine all of the ingredients in a cocktail shaker. Dry shake without ice to emulsify the egg white (a mandatory step if you’re using a cracked egg). Then, add ice and shake vigorously for as long as you can stand it. For a sweeter, lighter flavor, double strain it into a chilled cocktail glass. If you want a bit more lemon, a regular single strain will probably be fine, though I lean towards the original mixologist’s prescription to double strain. Sip and try to find the subtle burn of the pepper underneath all that refreshing sweetness.

*****
I really enjoyed the Ground and Pound and so did my in-house guinea pig, who likes drinks on the sweet side and is definitely not into spicy-hot flavors. This is much more mild than your standard jalapeno margarita.  On first sip, it’s your basic sour with egg white, but then the very subtle undercurrents of peppery heat — which might be mistaken for boozy heat — emerge. Somewhere in there is also the anise flavor from absinthe. The ultimate little-goes-a-long-way ingredient offers a touch that herbacious bittersweet licorice-like flavor that, in the tiniest amounts, may really make a drink. (I say this as someone who never voluntarily eats licorice.)

We learn something new every day and it was only with this drink that I realized I’ve been using more packaged egg white in my drinks than recipes have been calling for. Worse, I’ve been passing it along here! If you look on the package of your pasteurized egg white — which I honestly believe is just as good as what comes out of the cracked egg — it tells us to use three tablespoons (1.5 ounces). However, it is only as I was writing this that I realized that’s to compensate for the lack of yolk for people making eggwhite omelets and what not. So, the 1 ounce of egg white specified in the original recipe for the Ground and Pound equals one large egg white.

That being said, I love egg white, especially as an ingredient in sweet and tart drinks I personally find hard to overdo. When I accidentally doubled the amount of egg white in the Ground and Pound one this week, it was just that much silkier, sweeter, and more refreshing.