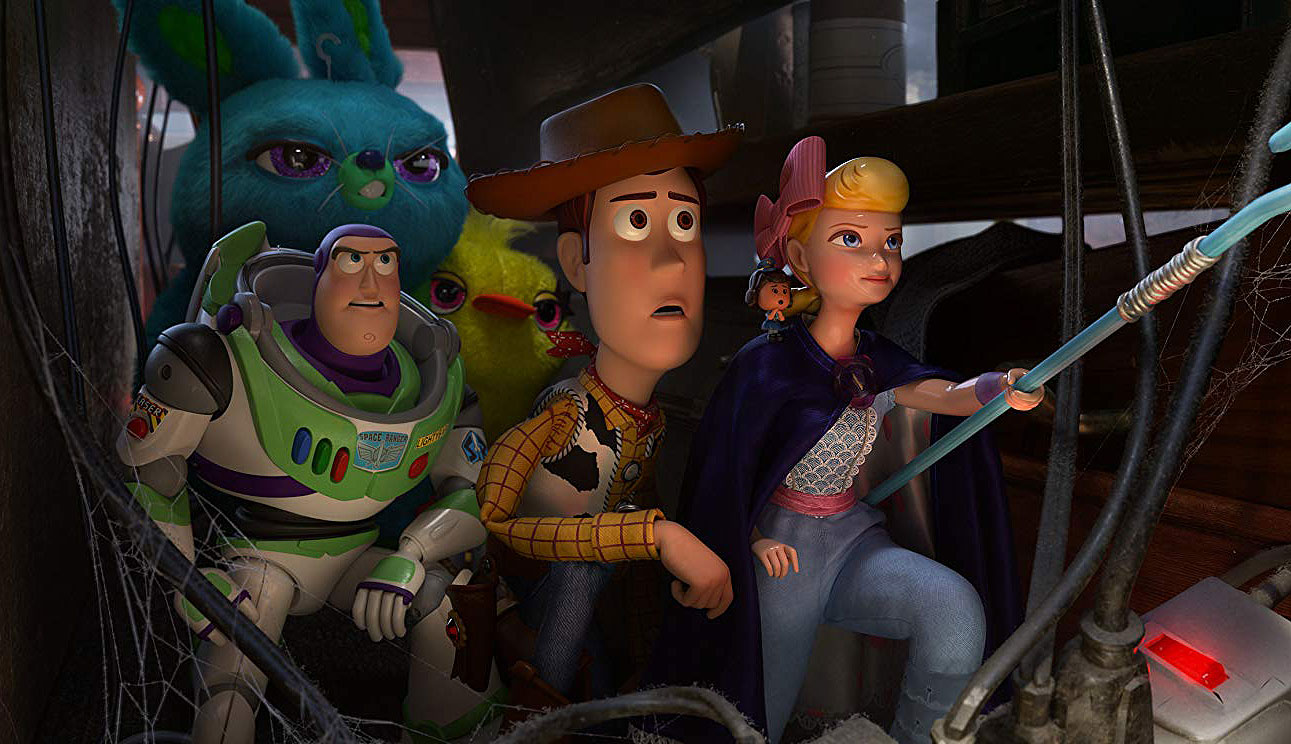 There are few, if any, franchises that have ridden off into the sunset quite like the “Toy Story” films did. “Toy Story 3” has a pitch-perfect, if gut-wrenching, ending, and the characters were the frequent subject of Pixar’s short films, which seemed like an ideal postscript. Why would any studio risk sullying that? The cynical response is money (it’s always money), but it’s hard to dismiss Pixar founding father Andrew Stanton’s rationale: “Toy Story 3” was a perfect ending for the audience, but for the toys that Bonnie inherited from Andy, their story was starting all over again, and it is through that lens that Pixar would like us to view “Toy Story 4.” That’s nice, but it’s of small comfort when the feeling of familiarity (toy in distress, Woody to the rescue) quickly consumes everything. This is basically “Toy Story 2” in reverse with more moving parts.

Except it’s not as good as “Toy Story 2” or any of the other “Toy Story” films for that matter. This isn’t to say that the film is bad so much as it’s completely unnecessary. Make no mistake, the movie is loaded with sweet, funny and heartfelt moments, but that doesn’t make the overall exercise any less self-indulgent.

Woody (Tom Hanks) is having a hard time adjusting to life as a supporting character to his new kid Bonnie (Madeleine McGraw), but he finds a new purpose when Bonnie creates a new friend from thrown-away scraps at her kindergarten orientation. This new creation, which she names Forky (Tony Hale), is struggling with his reason for being but at the same time is the most important toy that Bonnie owns. Forky makes a break for it when Bonnie and her parents go on vacation, and Woody leaves the group to hunt Forky down and meet at a rendezvous point. That rendezvous point happens to be the same place where Bo Peep (Annie Potts), longtime unrequited crush of Woody and former toy of Andy’s sister Molly, has been living. Forky is being held hostage in an antique store by Gabby Gabby (Christina Hendricks), and the price of securing his freedom is impossibly high.

One impressive aspect of the storytelling is how quickly the toys can alternate between being toys and metaphorical adults. What exactly makes someone ‘lost’ or ‘found’? The answer is different for each person, and the film does a remarkable job of straddling that line. One less impressive aspect of the storytelling is the Gabby Gabby character, in that her entire character arc is a big cheat. The only reason her arc begins the way it does is because the story needed a conflict to resolve. Once it’s resolved, it’s painfully obvious that the conflict never should have existed in the first place.

The voice talent bench is embarrassingly deep in the “Toy Story” films, but it’s nice to have Potts back in the picture, and the new voice talent makes a most favorable impression as well. Keegan-Michael Key and Jordan Peele are a riot as Ducky and Bunny, respectively, a pair of stitched-together carnival prizes, and Keanu Reeves reminds the world of his Canadian upbringing as stunt cyclist Duke Caboom, a toy that is, no joke, modeled after one I had as a kid. (I had the dragster.)

“Toy Story 4” is a movie filled with lots of “moments” – Easter egg hunters, especially the ones who know the Pixar short films, will have full baskets, that’s for sure – but those moments’ reason for being is pretty flimsy. Tears will be shed, but they’re of the crocodile variety, not remotely on the level as the “When She Loved Me” sequence in “Toy Story 2” or the final scene in “Toy Story 3.” The word ‘fine’ is often taken as an insult, but there are instances where it is the appropriate way to describe something, and this is one of them. This movie is fine.