Trending
You are at:Home»Lifestyle»Why F1 TV Audiences Are Down in the U.K. 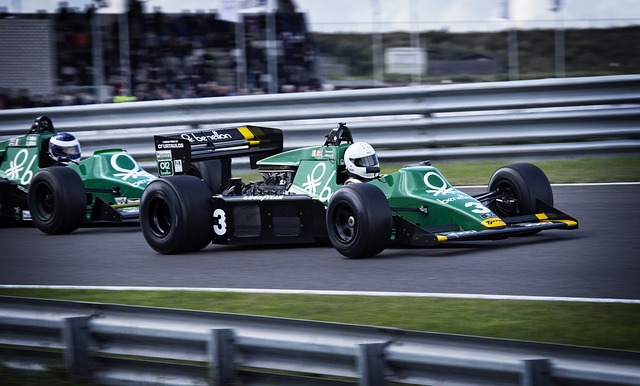 The number of Formula One TV audience in the United Kingdom has decreased significantly since the previous year. Believe it or not, the number decreased by 4.2 million. That’s a lot! There are lots of speculation as to why this is so. Reasons for the decrease in viewership range from lackluster race performances to transition of free-to-air to pay TV. The probable reasons of this slump in F1 viewer numbers need to be examined as they have a significant effect on service providers.

Shift from Free to Air to Pay TV

One of the reasons considered for the dramatic shift in Formula One TV audiences is the free to air to pay TV transition. As the F1 series, has signed more pay TV contracts, its TV audience dropped accordingly. Free to air TV is the most accessible type of subscription by U.K. audiences to watch the car racing sport on television. This shift makes the regular following of F1 races more exclusive and less accessible to avid viewers. The shift is meant to increase the revenue of F1 broadcast, which actually benefits several F1 teams. The shift also promised to provide audiences live access to racing on pay TV, while free-to-air TV can only show delayed highlights of the races.

Moving to the Primetime Slot

Channel 4, which had been freer to air provider of F1 races for a long time, has agreed with F1 to provide delayed highlights of the races and move them to the primetime spot. This move is projected by F1 to increase TV audience as the delayed highlights screening has been moved to a more accessible time slot. It may seem like a good move, but actually the move pits the F1 race highlights against established primetime programs and popular TV shows. Instead of ensuring a high audience viewership at this time slot, it may only further worsen the downward viewership trend because of the free to air delayed highlights is in conflict with other primetime shows from rival networks.

Most Audiences Are Results Oriented

A recent article by Forbes provides details about how Liberty Media has recently taken over the F1 pay TV broadcast contract and now has dealings with the pay TV provider Sky and free to air TV provider Channel 4. Its strategy of moving the delayed highlights to a primetime spot was spawned out of the belief that viewers can follow race highlights on a more convenient schedule by placing it on a primetime schedule. Contrary to this belief by Liberty, not all audiences are attracted to the race itself and would like to tune in several hours after the live event. This crash in F1 TV audiences actually means that most viewers watch races to find out the result. Once the audiences know the result, there is little need for them to see the race highlights. If this trend continues, it could only be a matter of time before F1 TV audiences reach an all-time low.

There can be different reasons for the dip in F1 TV audience viewership. The current broadcasting move by Liberty Media may have taken into consideration other factors unknown to many, and the revenue factor could be one of them. This significant decrease in F1 TV viewership should also not be disregarded because it may still have some bearing on the current investments of the parties involved.