Trending
You are at:Home»Entertainment»Movies»Movie Review: “Rocketman” 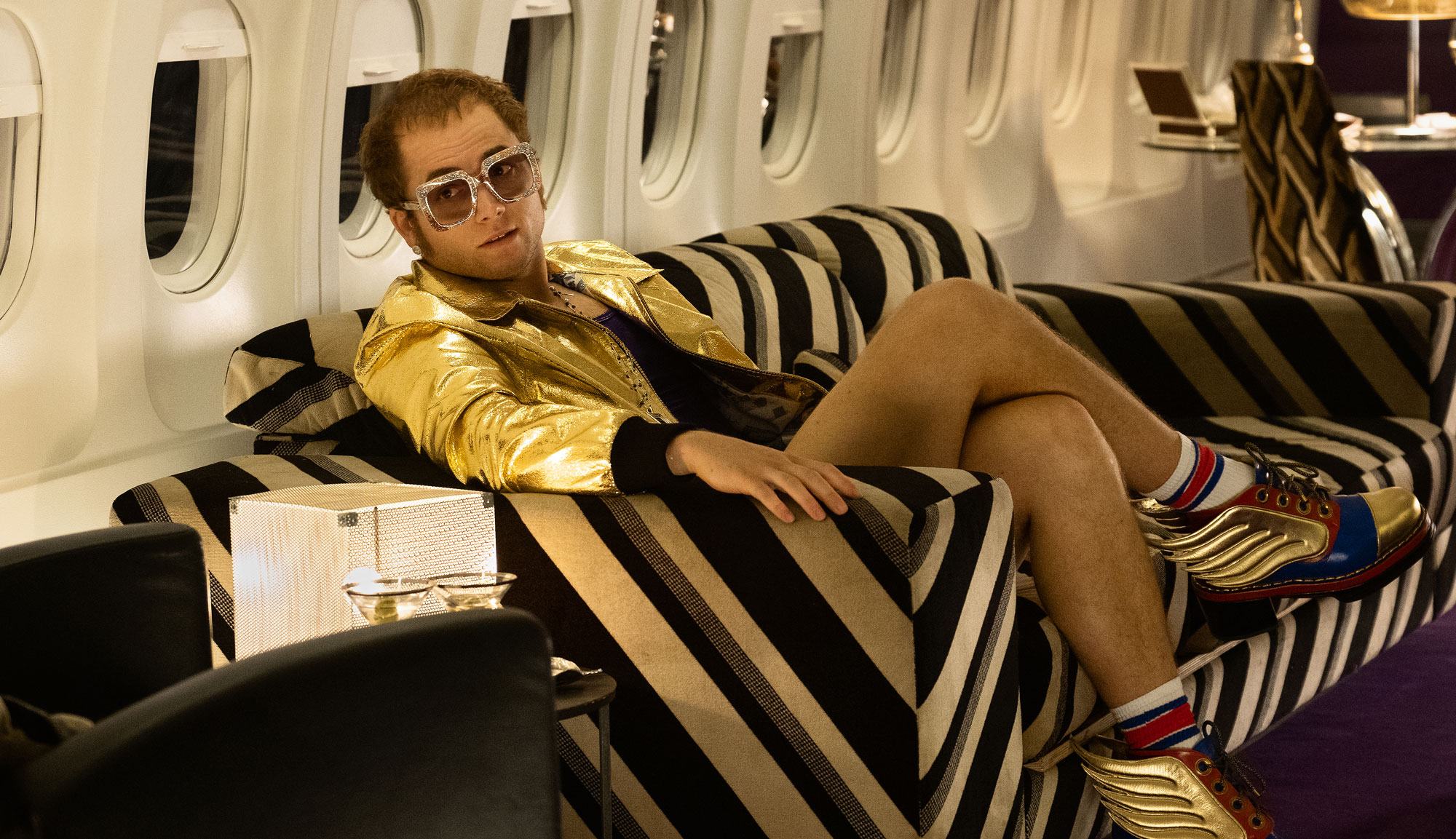 As much as the studio may not welcome it, it’s going to be difficult to separate “Rocketman,” Paramount’s new Elton John biopic, from last year’s Freddie Mercury/Queen movie “Bohemian Rhapsody.” For one, both films are based on a legendary LGBT British rock star with an outsized stage persona, plenty of turmoil behind the scenes and a jukebox soundtrack full of hits. Beyond the surface level similarities, director Dexter Fletcher also serves as a link between the two projects. Though he was never credited, Fletcher stepped in to complete shooting and post-production of “Bohemian Rhapsody” after Bryan Singer was fired from the project, only to follow that up with “Rocketman.” “Bohemian Rhapsody” was a terrible mess, but with a production that troubled, it’s tough to lay much of that at the feet of Fletcher. Now we get to see what he can really do with a far more freeing (and appropriate) R rating to play with as well.

Structurally, this is exactly the sort of film you would expect a musical biopic to be, utilizing a pretty rote framing device to take us on a trip through Elton’s life from childhood to superstardom with his most famous hits peppered throughout where narratively or temporally appropriate. In this case, the film opens with Elton (Taron Egerton) dressed to the nines as he looks to stride out on stage for a show only to reveal him in a group therapy session at a rehab clinic. This gives screenwriter Lee Hall the opportunity to have Elton share his story, beginning with his home life with a disaffected mother (Bryce Dallas Howard) and domineering father (Steven Mackintosh). Elton immediately takes to the piano, showing a preternatural ability to pluck tunes out of thin air, though he lacks the lyric-writing skill to fully take advantage of that gift. Enter Bernie Taupin (Jamie Bell), who can write lyrics but not songs, and the rest is history. Along the way, John works through a tumultuous professional and personal relationship with manager John Reid (Richard Madden, the second “Game of Thrones” vet to play this character after Aidan Gillen), all while becoming the most successful rock act in the world. But with the highs come the lows, and the same vices that always seem to strike these ultra-popular musicians soon rear their ugly heads.

“Rocketman” bills itself as a musical fantasy, and it doesn’t take long to figure out why. Whereas a movie like “Bohemian Rhapsody” (and most other musical biopics) presents itself as a straightforward drama with the music performed diegetically, “Rocketman” is more akin to a stage musical, chockablock with wild, fantastical numbers and intricate choreography. The more accurate comparison, then, would be something like Julie Taymor’s “Across the Universe,” a movie unafraid to leave Earthly trappings behind for a healthy dose of magical realism. And with a subject as larger than life as Elton John, the sort of presence barely contained by gravity, why not embrace the heavens?

These are big shoes to fill for Egerton, and that’s often a literal statement with some of the outfits he dons over the film’s two-hour runtime. Still a star on the rise from his work in the “Kingsman” series and “Eddie the Eagle,” this is a huge step up in profile and degree of difficulty for the 29-year-old actor, and he’s happily up to the task, with a strong singing voice that evokes Elton without worrying too much about being a perfect facsimile. He has the swagger and the presence down pat, carefully weighing it with the inner turmoil that always comes from the hard drugs and hard sex of rockumentaries. But whereas “Bohemian Rhapsody” got flack for its moralizing of Freddie Mercury’s dalliances with homosexuality, “Rocketman” is far more caring and inclusive in its depiction of Elton’s sex life. The R rating certainly helps in that regard, and it makes his rise and fall far more impactful for it.

Much like Elton in his LA Dodgers getup, “Rocketman” is generally not afraid to swing for the fences. It doesn’t always connect with every pitch, but when it does, the payoff is clear. Egerton excels in his biggest role to date, becoming an affecting and emotive version of such an outsized personality. But even with the flights of fantasy, this is still very much another one of those biopics. You can see the strings throughout; nothing about the structure of this movie even attempts to break the mold. In a post-“Walk Hard” world, it’s difficult to take a lot of these big moments seriously when we’ve seen them all before, but Fletcher has ideas to spare and the will to execute them. He arguably could have done more to differentiate himself in the crowded musical biopic space (surely we’ve moved beyond the “Where are they now?” style of end titles), and because of that, “Rocketman” may not be as exciting as it could have been if it had the freedom to completely let loose. Compared to a mess like “Bohemian Rhapsody,” though, it’s a work of genius. And it will make a hell of a Broadway show one day.