Trending
You are at:Home»Lifestyle»What Can We Expect From Mobile Gaming in 2019? 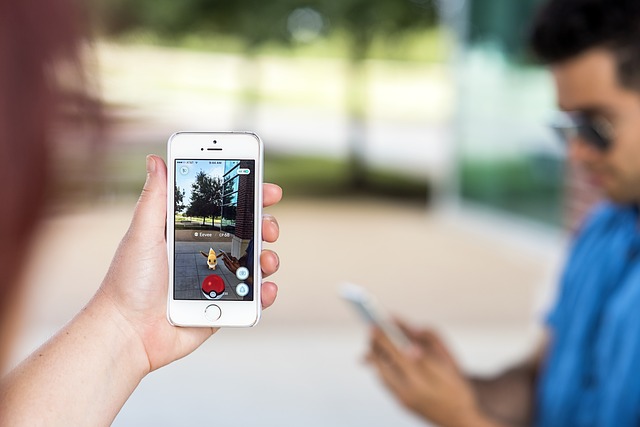 Despite insistence from other modes of gaming – desktop and console – mobile gaming is surpassing market penetration, sales, and popularity. The year on year growth of mobile gaming’s revenue will be almost 50% from 2017 to 2021. But, what trends are we expected to be seeing as the mobile gaming revolution continues to take over all other forms of gaming?

Hyper casual games are another example of where mobile gaming is heading. The gameplay will be familiar to many – repetitive actions to achieve results that grow with difficulty in each passing level. Examples include classics such as Rovio’s Angry Birds and Temple Run as well as Hole.io and Fruit Ninja. The game can be picked up and put down instantly and the range of games being developed shows that games companies are looking to amplify their hyper-casual reach. But it’s not just this kind of hyper-casual game that is being developed further to show the power of the format. As the Rainbow Riches Slot for mobile gameplay shows, even elements of online casino have been modified to work on mobile, as casino developers understand that mobile gaming is where the revenue streams will be. The slot is an example of fast gameplay that a player can choose to spend as long playing as they want – thus being a solid example of a hyper-casual game that attracts players for longer.

Battle royales and MMOs have been in existence for years, but thanks in part to the growing prevalence of eSports and the ability to livestream games, they are gaining popularity. The hardware of smartphones is even being developed to help the better facilitation of playing these kinds of games and preventing things such as lag or graphics that aren’t as crisp as they should be. The vast range of battle-royale-style games shows the pull of multiplayer combat and the social level of gaming that it brings with it. The extent to which people can enjoy playing MMOs on their phone shows just how far the mobile gaming revolution has come. Even though some of the games can last for a while, we spend so much of our time on our phones that the games are designed for this and we will happily play along. This is even with some of the notable disadvantages such as smaller screen and less mobility.

Pokemon Go showed us exactly what could be expected from AR and the popularity (that is still continuing) reinforces just how popular the format is. But it’s not going to stop there. Harry Potter: Wizards Unite is going to show that the format of AR works in other ways and that the combination of the direct environment and your smartphone can work aside from the Pokemon model, which is more conducive to the format. Indeed, by seeing increased popularity in AR games on mobile, developers will be more confident in making more, which could see many popular franchises taking advantage of the model of AR mobile gaming. The sector is expected to grow and is deemed by many as the pinnacle of technology.

Mobile gaming is set to rise exponentially over the next few years and credit can’t just go to those who develop the games. These games are developed after a noticeable appetite by the players themselves. Thus, as long as the players want to use their smartphones for gaming, mobile gaming will soar.