Trending
You are at:Home»Entertainment»Movies»Movie Review: “Brightburn” 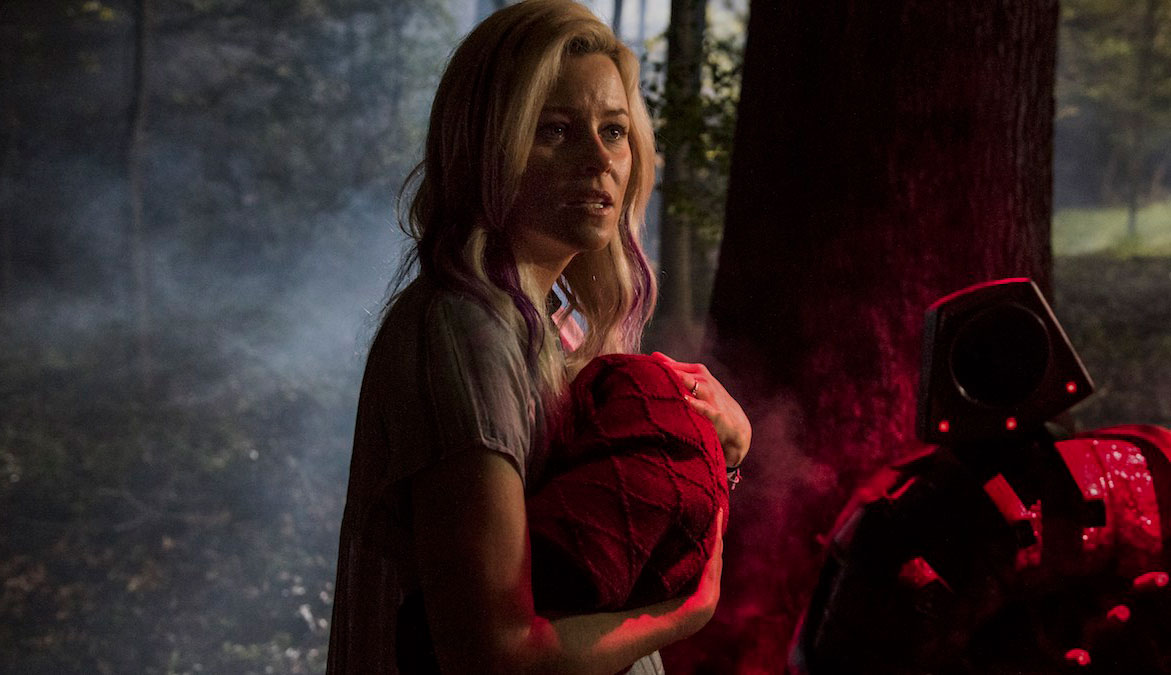 This is the perfect time for a movie like “Brightburn.” The two biggest draws at the box office in the past few years have been superhero movies and horror films, so why not combine them? Furthermore, superhero tropes and origins have become so normalized that filmmakers can begin deconstructing them without having to explain a lot, an issue that plagued Zack Snyder’s “Watchmen” by arriving too early in the superhero film cycle. These elements come together in an imbalanced but still entertaining mix in director David Yarovesky’s “Brightburn,” though politically, it may not be the best time to take the most famous allegory of American immigration and turn it into a horror movie about a deadly illegal alien child. While the film leans more heavily into horror than the superhero genre and dips into some unnecessary and frustrating tropes, “Brightburn” largely succeeds thanks to its mean streak, shocking amount of gore and very strong performances.

Tori and Kyle Breyer (Elizabeth Banks and David Denman) are doing their best to raise their 12-year-old son, Brandon (Jackson A. Dunn). He’s going through that awkward phase as changes begin to happen to his body and he’s looking at the world in a different way. To be fair, Brandon’s development is a bit different from other kids, as he was discovered in a rocket ship in the woods as a baby by Tori and Kyle and raised as their own, keeping his alien heritage a secret. But Brandon keeps getting these urges and exhibiting abilities that thrill and intrigue him. As his will hardens and his powers increase, Tori and Kyle must confront what type of creature is living under their roof.

Batman, Spider-Man and Superman all have origins that everyone knows by heart. The small details change with time or are revised for some reason or another, but the basic outlines of these heroes’ humble beginnings are always the same and have been known by mainstream audiences for decades. So Yarovesky, working from a script by Brian and Mark Gunn, takes an overly familiar tale and twists it into a new nightmare, which is always a good way to add a bit of creepiness to a story. “Evil Superman” isn’t a new concept for comic book readers (heck, it was even done – albeit poorly – in “Superman III”), and there have been many famous storylines and characters using the idea of a dark Man of Steel. “Brightburn” would have benefited from using more of the superhero beats that audiences have come to expect from these origin stories, like recurring maxims that define the hero’s journey, testing out his powers, etc. By using the language of a subgenre that so many people are familiar with, it would have made that gradual dark slide even more unsettling. As it stands, “Brightburn” isn’t really a blending of two subgenres but instead a pure horror story whose starting point is grounded in comic book lore.

The good news is that “Brightburn” is an extremely effective horror story that has more in common with killer kid movies like “The Prodigy” and “The Good Son.” Dunn is incredible as Brandon, appearing at times like a petulant brat or a scared kid or something far more sinister. These many facets are carefully folded in together and make it easy for audiences to understand his motives, even if they’ll never be sympathetic to them. Denman also turns in a strong performance as a father completely out of his element and wrestling with the possibility of what he is facing. Tori is well acted by Banks but is given the frustrating trope of bad seed movies where one parent is in denial about their evil child until it’s too late. It’s a well-worn cliché in a film that adds a lot more nuance to every other relationship and interaction. However, even with that unfortunate element, Banks still makes you care about Tori and understand her love for her little monster.

Yarovesky derives a lot of tension from scenes thanks to the fact that his villain is pretty much boundless. Unlike the “Friday the 13th” movies, which require a lot of willful suspension of disbelief whenever Jason pops up out of nowhere, the reason why Brandon can be in unexpected places is baked into his character, his abilities and what makes him so threatening. Tim Williams’ score is especially effective at adding to these tense moments when you’re not quite sure how far Brandon will take it or what the outcome will be, although more often than not, it ends in squirm-inducing gore that is pretty shocking to see.

“Brightburn” isn’t a revolutionary take on superheroics – there are many similar tales like it at comic shops everywhere – but it’s a very satisfying and gripping horror film that moves rapidly and is reinforced by some excellent acting and truly appalling visceral consequences. The team behind the movie (including producer James Gunn) was right to jump on the zeitgeist and combine these two genres, because it’s a clever mixture of people’s greatest superpower fantasies and ultimate nightmares of powerlessness that results in an entertaining story that’s worth checking out.