Trending
You are at:Home»Vices»Choices: Should You Choose a Vape Pen or Box Mod? 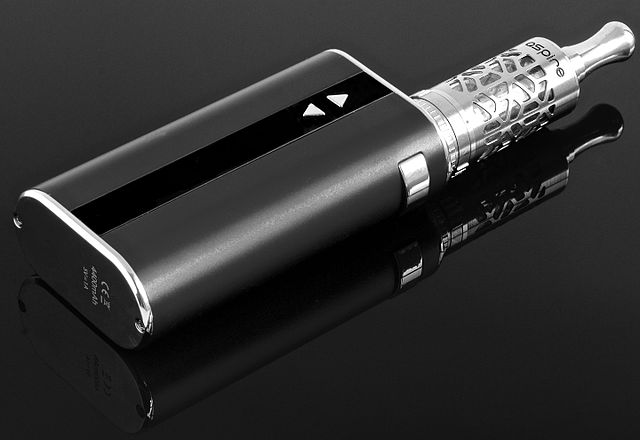 55 million adults will likely be vaping by 2025. And if you’re reading this article, you might be curious about joining them.

While vaping nicotine is still harmful to your health, vaping without it has proven a very useful tool to help people stop smoking. As such, vaping can actually be a great way to get you to become the healthiest version of yourself.

If you’ve started any amount of research on vaping, you might be wondering where to begin. Do you purchase a vape pen or a vape box mod?

In this article, we’ll break down the differences between the two, and help you choose the one that best suits your lifestyle.

Read on for more.

Generally, box mods are more expensive than vape pens. Beginner vape pens can set you back about $30, though sometimes even less. Box mods might cost as much as $70 per box mod on the lower end.

While the entry price point is more for the box mod, you can also think of it as price per smoke, the way many fashion literate people think of price per wear. For example, if you’re a smoker in New York, it’s possible to spend $4,500 on cigarettes per year.

If a box mod only costs $70, plus the price of vape juice every now and then, you’ve already saved a considerable amount of money.

But, if the entry price point is a barrier for you, a vape pen is cheaper to start with.

You can also consider that the average cost of treating lung cancer as a result of smoking cigarettes can be over $60,000 in the United States. In the long run, you’re saving yourself both money on the cigarettes, and the money that you could eventually spend on treatment.

Click here for more info on the price of vape pens and box mods.

If you’re a smoker looking to switch to the vape, the size of a vape pen might be a primary draw. Cigarettes are easy to transport, especially if you roll your own or are a frequent user. As such, a vape pen is extremely portable, and can be stored in a pocket or a purse without issue.

A box mod is most often bigger than a vape pen. In fact, it can be considerably bigger. If you carry a large purse around, you may be able to fit the box mod in it. But, if you’re looking for a sleek night out bag, or you don’t carry one at all, a box mod may not fit.

As such, based on size alone, a vape pen is more convenient for going out.

But, the batteries do not last as long, which we’ll discuss later in this post. As such, you’ll need to decide if when going out the size or the battery life is more important for you.

A cigarette is easy to use. Although it takes a little bit of getting used to, you simply put it in your mouth, light up and then smoke. It doesn’t take much to learn exactly how to do it.

A box mod takes a bit of time to learn how to do it. This doesn’t mean that it’s complex, it just means that it takes a while to get used to it. Box mods also offer a lot of modifications, as their name suggestions, whereas a vape pen is often more straightforward.

Choosing the correct vape pen is incredibly simple, so you won’t need much extra help in order to find the right one.

How Long Do They Last?

Additionally, the box mod allows for more batteries than a vape pen, meaning that some have as many as four batteries inside. This gives you the power to keep it charged for long enough that you barely need to think about charging it in between hits. That’s, of course, if you’re more of a moderate vape-er. If you vape obsessively or are a chain vape-er, you’ll need to charge it more, just less than you would a vape pen.

In this arena, the box mod wins.

I Want Big Clouds, Which One Do I Choose?

Vape pens notoriously have very small clouds. They’re more like that of a regular cigarette, and in many cases, actually, produce even fewer clouds than a cigarette.

If you want to fill your room with clouds, you should definitely go for the box mod. Some box mods are so powerful that you can fill a room with vape smoke with only two hits. So, if you’re into tricks, or just want big fat clouds all around you, the box mod is your best bet here.

Making It Your Own

While a vape pen is user-friendly for a total vaping newbie, the box mod offers customization that neither a cigarette nor a vape pen could ever achieve. In fact, you can set your box mod to be so specific to you, that if you offer other people a hit, they may not like it as much as their own.

You can even control how much vapor comes out of the box every time you take a hit. Some box mods are so sophisticated that you can set the device to exactly the right amount of vapor, giving you an absolutely perfect hit every single time.

Which One is More Durable?

Looking for a long-lasting vape? The box mod is your man.

Previously in this article, we talked about the cost per smoke, and how purchasing even a box mod would save you a considerable amount of money over re-purchasing cigarettes over and over again. So while the vape pen is cheaper initially, you may need to re-invest in vape pens over time because they’re generally not as durable as a box mod.
Vape pens also may not be as durable as box mods because people take them out with them more often. As such, they may get banged around more, especially if you lead an extremely active lifestyle. A box mod wins in this category hands down and is a good investment if you’re seeking to use the box mod long-term.

If you travel a lot, ensure you’re up to speed with the do’s and don’ts of traveling with a vape pen. How you store it in your luggage on a commercial flight is especially important.

If you’re strapped for cash, you’ll want to make sure that your vape lasts as long as possible.

Which One Will Help Me Quit Smoking?

Neither the box mod or vape pen is better for someone who is looking to quit smoking. Both have their pros and cons, but neither will magically help you quit smoking.

Some ex-smokers prefer a box mod because you can make the hit more intense, but this is strictly a personal preference.

If you’re looking for something to put in your mouth to replace the hand-to-mouth action that occurs when smoking a cigarette, both a vape pen and mod box can give you that.

Which one you decide to help you in your quest to a cessation in smoking is totally up to you.

Neither the vape pen nor the mod box ultimately wins the battle. Even when it comes to smoking cessation, neither the pen nor the will offer any significant help. As such, neither has a clear advantage over the other. It simply depends on which one you’re more comfortable with and which one suits your preferences better.

A vape pen is likely better for a beginner, but that’s where there the recommendations stop. Everything else is a matter of personal taste.

New to the world of vape mods? Here’s how to find the best ones to suit your personal style.