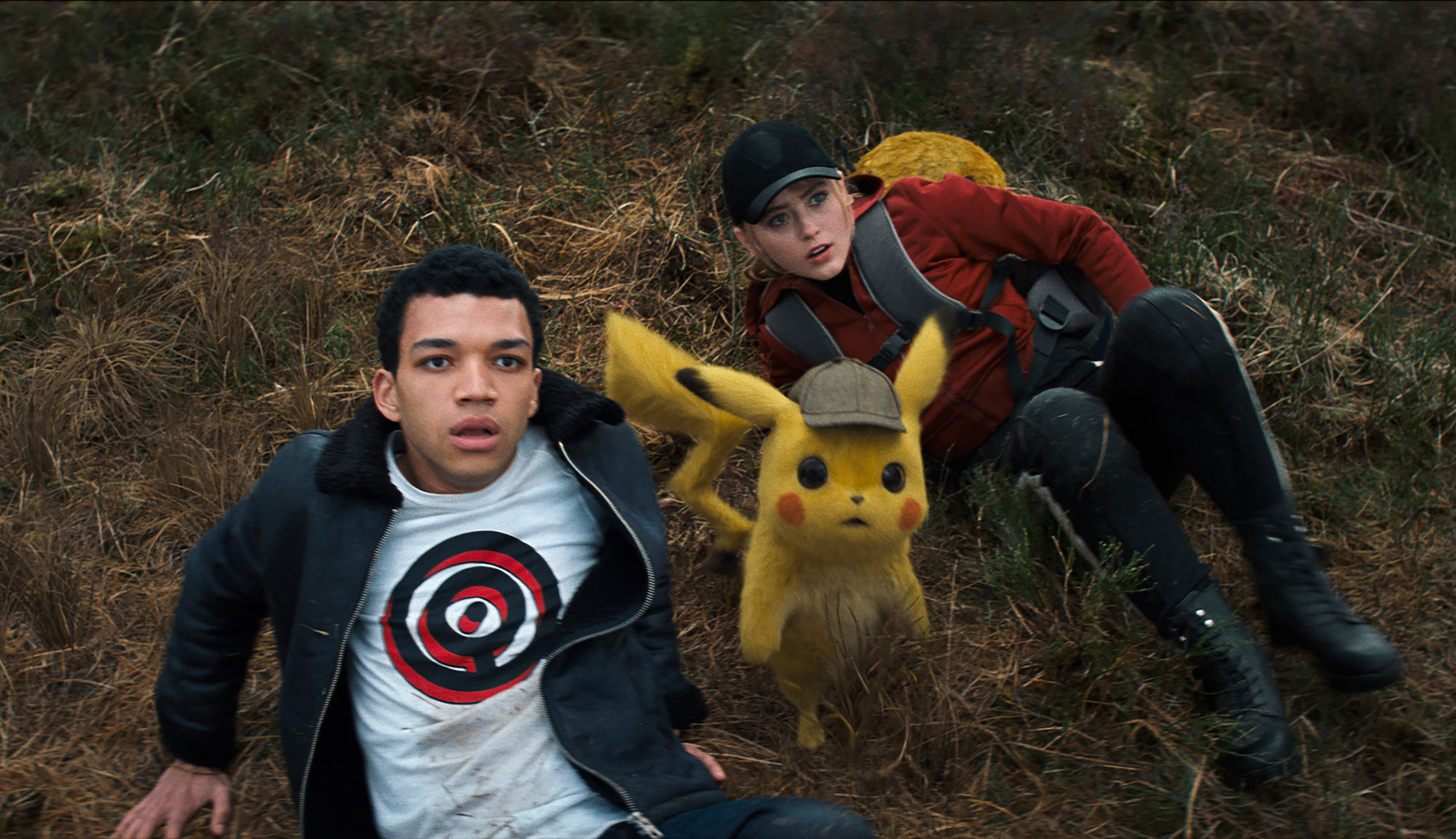 It’s incredible that it took this long for a big Pokémon movie to hit theaters. In the 23 years since the first Pokémon game was released, the pocket monster franchise has grown into a media behemoth featuring dozens of best-selling video games, a beloved animated television show with more than 1,000 episodes and a smash-hit mobile app. The Pokémon Company has produced plenty of movies in that time, but they’ve all been spinoffs of the animated series and only the first one made any real dent at the box office. That has all changed with the arrival of “Pokémon: Detective Pikachu,” a standalone live-action Warner Bros. release with a $150 million budget and a big name star. Some would argue the franchise is past its prime, but with a new game on the horizon, this could be their opportunity to captivate a whole new generation of families.

Adapted from the 2016 adventure game of the same name, “Detective Pikachu” stars Justice Smith as Tim Goodman, a former aspiring Pokémon trainer brought to Ryme City to deal with the fallout of his missing absentee father Harry. Harry was a well-regarded detective in Ryme City, a place where people and Pokémon live together in harmony under the governance of a father-son duo of ultra-rich philanthropists (Bill Nighy and Chris Geere). Harry’s lieutenant (Ken Watanabe) is convinced he’s dead, but a peculiar little Pikachu who crosses paths with Tim while searching Harry’s apartment for clues seems to think otherwise. Much to their mutual surprise, Tim can understand Pikachu (voiced by Ryan Reynolds), so the pair agrees to join forces and root out the truth of Harry’s disappearance.

The trailers for “Detective Pikachu” seemed to hint at an irreverent and anarchic spirit, intent on mixing a PG version of Reynolds’ sarcastic Deadpool persona with a healthy dose of “Who Framed Roger Rabbit.” The film looked to embrace both its hard-boiled detective noir stylings and combination of live-action and recognizable animated characters in ways we hadn’t seen before. This is certainly not the first Pokémon movie (or even the tenth), but it is the first to eschew more traditional animation styles for a more realistic computer-generated approach. As a whole, it works like gangbusters. There are plenty of cute little critters to go around with giant, expressive eyes and pet-like features and attitudes. There are also creatures who fall more on the monster side of “pocket monsters”; they’re generally played for laughs more than scares, though there are a few intense moments set in an underground Pokémon fighting ring. Their presence adds quite a bit of character to the city, a bustling metropolis that fuses Japanese and American sensibilities into something that feels both familiar and fantastical.

When that feeling is strongest, “Detective Pikachu” is at its best. The four credited writers (Dan Hernandez, Benji Samit, Derek Connolly and director Rob Letterman) clearly want to lean into that neon-soaked “Blade Runner” aesthetic through a light-hearted lens. Pikachu guzzles coffee (it’s not like he can chain-smoke in 2019), roots around for clues, uncovers conspiracies and spouts Raymond Chandler dialogue as a mystified Tim looks on. It’s fun and often silly, showing a bit of spirit and creativity that’s often lacking in the main storyline. Indeed, “Detective Pikachu” becomes a tale of two stories in its second half. The more we learn about Harry’s disappearance, the less interesting it is, devolving into a simplistic, pseudo-environmentalist morality tale with twists that are visible from space. When the film doubles down on that side of the narrative in the third act, it loses the spirit that made it interesting in the first place and stumbles to a disappointing and lifeless finish.

Reynolds, for his part, sure is having a blast. It’s the same kind of performance he always gives in movies like this, with the majority of the edge sanded off to placate a film aimed at the kiddies, though he still gets a few naughty jokes and references in here and there – the sort that will make parents chuckle more than the kids who dragged them to the theater. Additionally, the animation of Pikachu is immaculate; he’s utterly adorable and impressively expressive in a way that allows him to look and feel like he’s a physical object in the world. Justice Smith also does an admirable job acting against all sorts of imagined CGI creations. He has natural charisma as a lead and meshes well with Reynolds’ motor-mouthed delivery. The script lets him down quite often, but he soldiers through. The rest of the cast is little more than a footnote, with Kathryn Newton’s investigative journalist/chaste love interest getting the bulk of the supporting work. Unfortunately, the film just doesn’t have much space for her or the other actors.

In a way, “Detective Pikachu” is the perfect sort of blockbuster to come on the heels of “Avengers: Endgame.” Both films take a long history of pop culture and distill it into a polished product full of fan service that threatens to alienate those out of the loop. But where “Endgame” is a culmination of a decade of storytelling on the big screen, “Detective Pikachu” positions itself as the start of something new. There’s potential in what has been built here, and it’s entirely possible that Smith could lead a franchise of these films moving forward, as there’s enough to the Pokémon universe that a varied tapestry of stories can be spun from it. On balance, though, “Detective Pikachu” squanders its tempting premise and heightened noir stylings on an ultimately unfulfilling mystery. There’s something here but not quite enough of it.