Trending
You are at:Home»Cars»If You’ve Never Been to a NASCAR Race Before, You Don’t Know What You’re Missing Out On 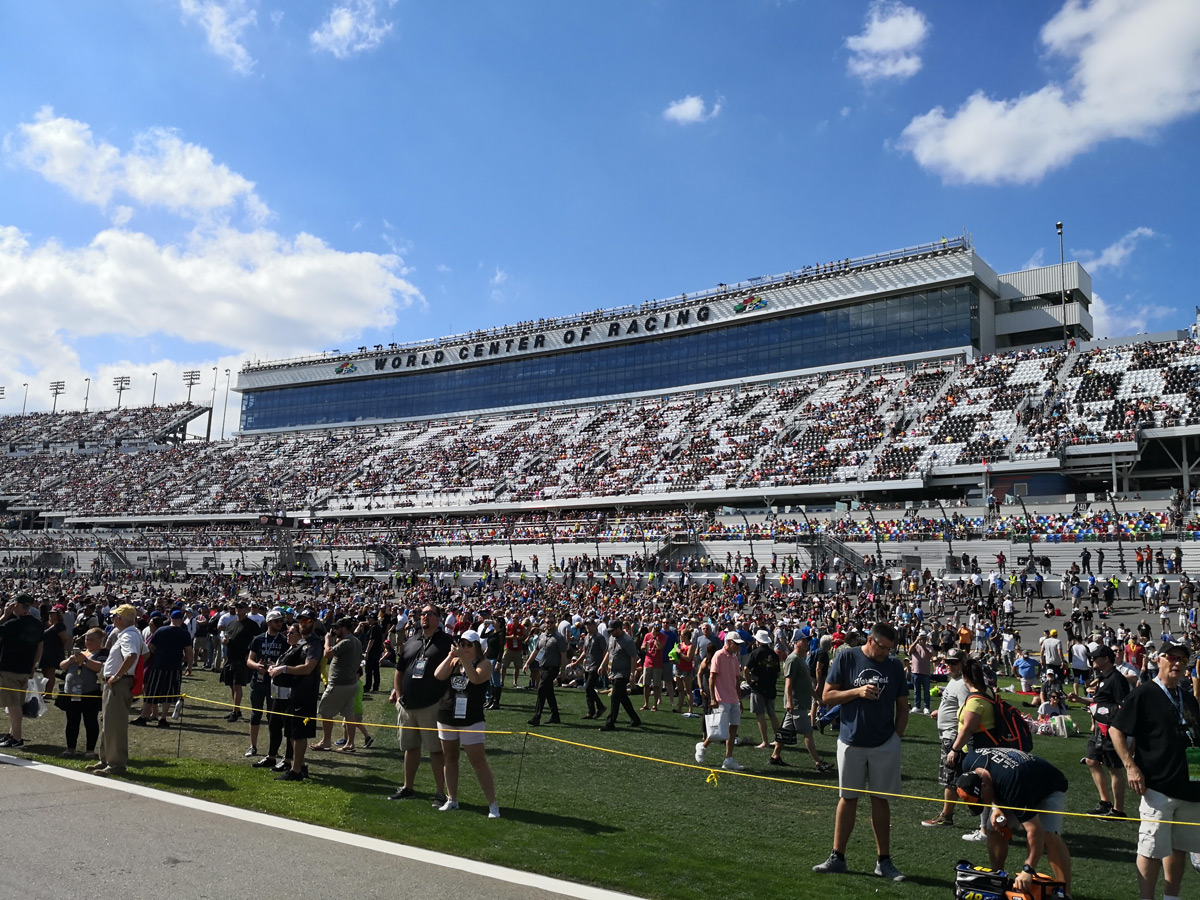 Despite my love of movies like Days of Thunder and Talladega Nights: The Ballad of Ricky Bobby, I had never been to a NASCAR race up until a few years ago, as I had certain mindset about the “sport” in my head. But as it turns out, NASCAR is pretty awesome, and it’s something that everyone should experience for themselves at least once in their life.

Now many people have the wrong idea about NASCAR, thinking that it’s a “redneck sport”, that there’s no skill required to “turn left”, and other nonsense like that. But I’m here to tell you that you’ve got it all wrong. Sure, you’ll see more than a few Confederate Flags proudly on display as you make your way through the campground area, but don’t let a few bad apples spoil the fun.

Last month, the folks from NASCAR were kind enough to bring me down to Florida for the Daytona 500, and it was an absolute blast. Not only did I get to attend the races on Saturday and Sunday, but they hooked me up with hot passes, giving me access to the garage and pit areas. And if that wasn’t enough, I got a hot lap around Daytona Motor Speedway on Sunday morning in the pace car, driven by Dale Earnhardt Jr. himself!

Yeah, I couldn’t believe it either, talk about a surreal experience. And that’s what makes NASCAR such a cool sport, the amount of access you’re given. With an NFL game, you buy an expensive ticket, find your seat in the stands, and watch the game. Afterwards, you walk back to your car, and that’s the end of it. Not so with NASCAR, not by a long shot.

With NASCAR, fans can get as close to the action as possible. Before the race, it’s not uncommon to see people walking up to drivers and getting their autographs or taking photos with them. Walk through the garage area, and you’ll see the crews working diligently on the cars. During the race, if you’ve got pit access, you can stand a few feet away from the wall, watching as a driver comes in for a tire change and fuel. And with FanVision, you can even listen to your favorite driver talking with his crew during the race. Seriously, how cool is that?

That said, if you’ve got a hot pass and are in the pits during the race, you definitely need to keep your head on a swivel, because pit crew members are working in these areas, and they aren’t slowing down for anyone. If you’re not careful, you’re liable to get run over by a crew member wheeling a dolly full of tires. So be conscious of your surroundings, and if you see someone headed your way, just step to the side so they can do their job. 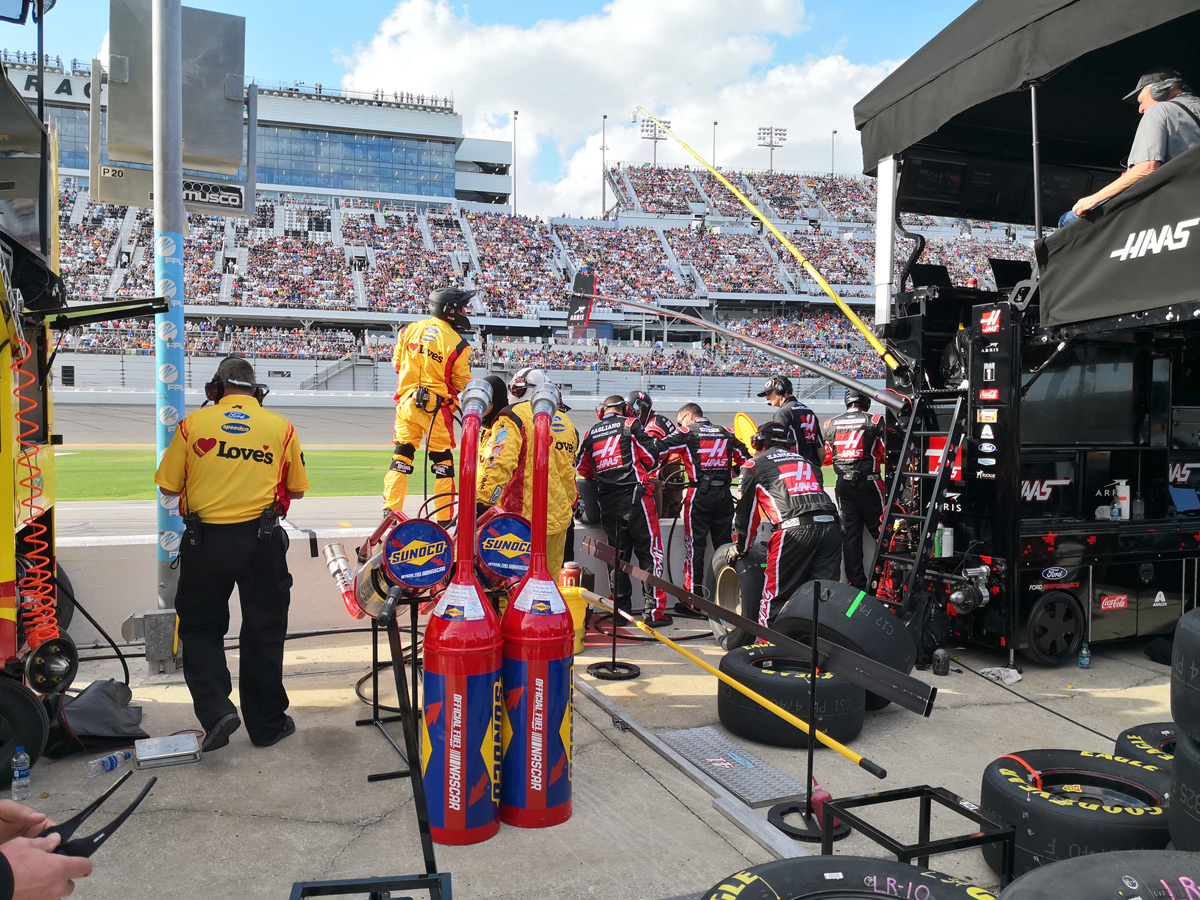 Another cool thing about NASCAR races? Celebrities from all walks of life attend these races, so keep your eyes peeled for them. I’ve seen Vince Vaughn, Peyton Manning, Chip Foose, Bill Goldberg, Jason Aker, Rutledge Wood, Paul Teutul Jr., and even one of the officers from Live PD. And not from a distance, but literally two feet away from me, with some even stopping to chat with me for a quick minute. It’s pretty wild. 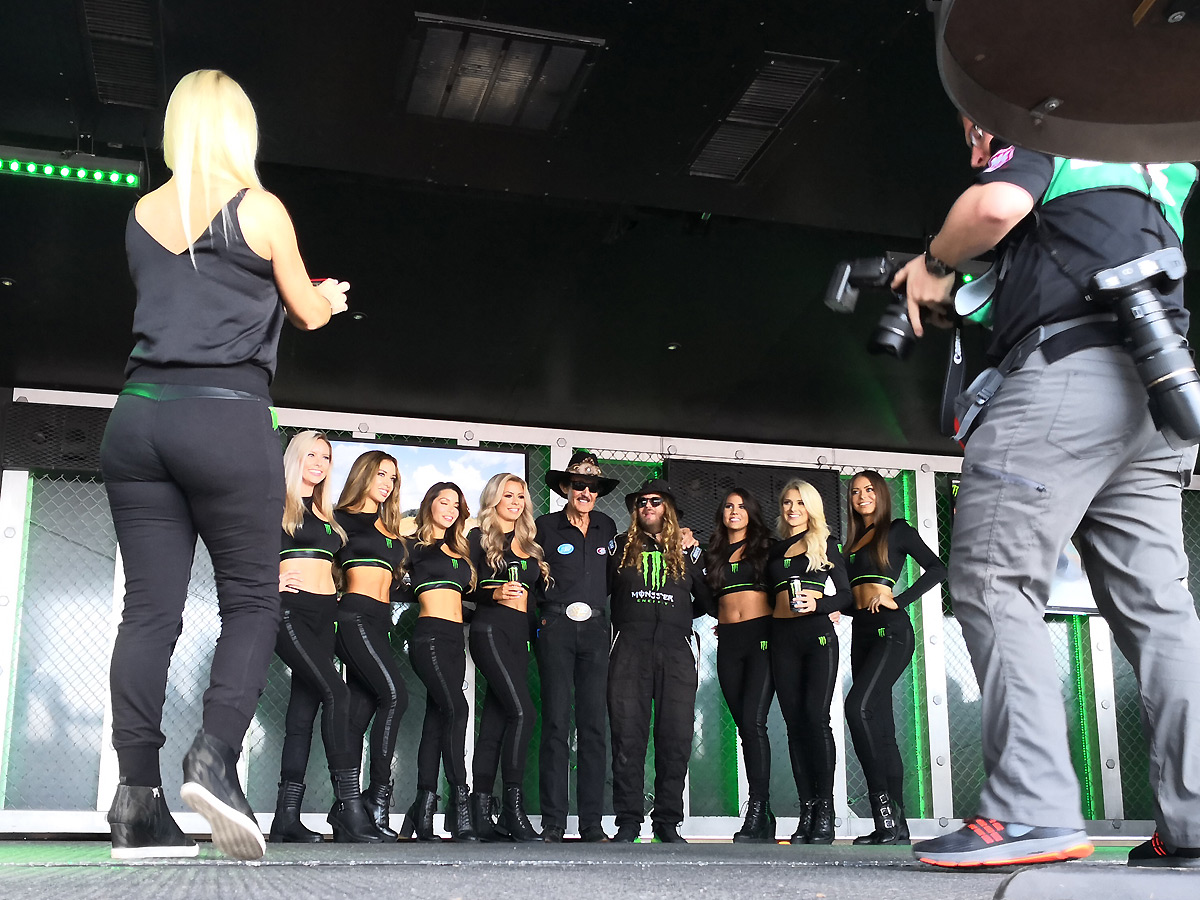 Sounds like a fun time, right? So here’s my advice. Gather up a group of friends, pick a race to attend, and make a long weekend out of it. Trust me, it’s like nothing else out there, and you might just become a fan for life. If not, you will still have some fond memories to look back on, and that’s what it’s all about. Just remember to bring some earplugs, because these cars are LOUD!

Sujeet Patel is one of the biggest automotive enthusiast you'll ever meet. He spends his days writing about cars on Guys Gab, Hot Cars HQ, and a handful of other automotive websites.