Trending
You are at:Home»Lifestyle»James Bond: Who’s Next?

It’s one of the most coveted roles in cinema, and a part that almost every young boy grows up dreaming of playing on the big screen. So who will take over the mantle of James Bond when Daniel Craig finally leaves the part in 2020?

Production is well underway on what’s currently being referred to as ‘Bond 25,’ with shooting expected to start within the next couple of months to ensure the blockbuster franchise remains on schedule. The film doesn’t even have an official title yet, but it was recently revealed that British comedy writer Phoebe Waller-Bridge had been enlisted to ‘polish’ the script, after Craig felt like it needed more humor and levity. Script alterations this late in proceedings are possibly a cause for concern, but at the same time, Craig can’t be blamed for wanting to make sure everything is perfect. He’s been exceptional in the role since picking up his 007 license in 2006’s Casino Royale, and will want to go out with a bang as opposed to a whimper. The scene seemed to have been set perfectly for him to depart in 2015’s ‘Spectre,’ but he was persuaded to stay on for one final hurrah.

We wish for nothing but the best for Craig, but the truth is that even if the film wasn’t great, it wouldn’t derail the franchise. It’s not like there haven’t been terrible Bond movies before (we’re looking at you, ‘A View To A Kill’), but the overall popularity of the character always ensures that audiences will flock to see Bond no matter what the critics say. Playing Bond ensures that your bank balance will always be healthy, you’ll always be in demand even if you’re slightly typecast (Roger Moore essentially played variations on Bond for the rest of his life), and you’ll get to play with some of the greatest gadgets and drive the best cars in the world. At its heart, Bond has always been a movie for the boys. Some of the overt sexism and objectification that went on in the earlier films would never be permitted today, but Bond will always be the cool, calm and debonair guy who kills the bad guys and gets the girl. Who wouldn’t want to play him?

Only one person can get the job, though, so let’s look at a list of the most likely options.

There would be some uproar from hardcore traditionalists, Bond puritans and (let’s be honest) racists if Idris Elba were to become James Bond, but he’s been rumored to be the next man in line for the best part of a decade now. He meets the most basic criteria; he looks great in a suit, and he plays a convincing tough guy. Anybody who’s seen him in the gritty cop drama ‘Luther’ can attest to that.

Elba may not look much like Bond as he’s described in the Ian Fleming novels, but then in all truth neither did Daniel Craig. There’s nothing in the rule book that says Bond can’t be black, and Elba possesses the right mix of suave charm and raw aggression to give a commanding performance in the part. The only thing counting against him is that with all the years he’s been suggested as next in line, he may now be a little too old.

American audiences will know Richard Madden best for playing Robb Stark in the hit television series ‘Game of Thrones’, where his character was the ‘King in the North’ and seemed destined to seize the Iron Throne until the Red Wedding happened, and…well, we won’t spoil it for you. Suffice to say we’re still recovering. British audiences, however, have seen Madden perform admirably in ‘The Bodyguard,’ playing a part that was as close to playing James Bond as anyone could get without being Bond.

As the character of David Budd, Madden was a war-damaged bodyguard responsible for the security of high-ranking politicians. He shot people, used his negotiation skills to talk down a suicide bomber and generally saved the day. In the process, he also showed a willingness to sleep with any woman who fell into his orbit, and at times display ruthless and questionable judgment. He’d be perfect for Bond, but may have the opposite problem at Elba. At 32, Madden may be a little too young to pass for a highly skilled and experienced secret agent. 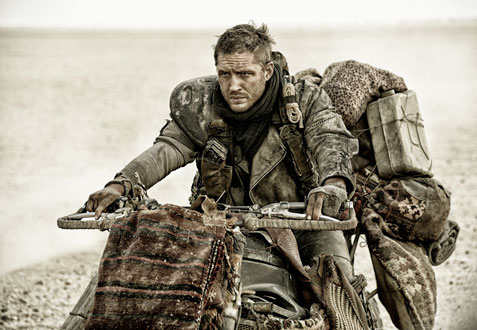 If it comes down to sheer skill as an actor, Tom Hardy would surely have the part sewn up. He’s as committed a performer as you could ever hope to see, and has the brooding physical presence that the role demands. Hardy is intense, is no stranger to blockbuster roles, and brings the sort of box-office appeal with him that may even draw more viewers to the film. There aren’t many names who could do that, but Hardy is one of them.

The question mark with Hardy is whether he’d want to do it. He seems to enjoy mixing his high-profile work with independent cinema and artistic projects, so committing to a long stretch of playing James Bond might turn out to be the ‘Bane’ of his life. On the topic of Bane, can someone go from playing a supervillain in a ‘Batman’ movie to playing a character that is effectively a superhero without wings? We’d love to see it, but we think he’d need some serious convincing. 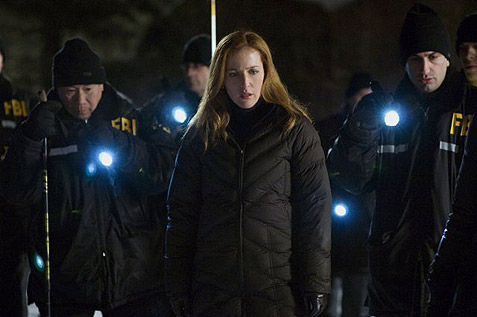 You may have noticed a difference between Gillian Anderson and the other contenders for the role. That’s right – she’s blonde! All joking aside, current Bond writer Anthony Horowitz has gone on record as saying ‘anyone’ can play the role, and Barbara Broccoli, who produces the movies, has also referred to it as a ‘possibility.’ That means a female James Bond is definitely not impossible, and there’s already a high profile Twitter campaign demanding that Anderson gets the job.

Anderson has seen the Tweets, and even re-tweeted a fan-made poster of her playing the role, with the caption ‘It’s Bond. Jane Bond.’ The thing is, as any of our readers who like to play online at slots casinos occasionally will already know, Agent Jane Blonde already exists as a character, and she’s appeared in two slot games so far. The slots are popular, and show a female character taking on all the stereotypes and scenarios that Bond himself would take on during the average film. She even has female-specific gadgets. We’d be happy to see that character branch out into a movie role – it wouldn’t be the first time a game has become a film – but it wouldn’t be James Bond.

It’s not our decision to make, though. A very highly paid casting agent will decide at some point – probably soon – and the next ten years of an actor’s life will change beyond all recognition. Daniel Craig caught everybody by surprise last time, so the question is whether we even have the right name on our list, or whether we’re about to be stunned a second time.