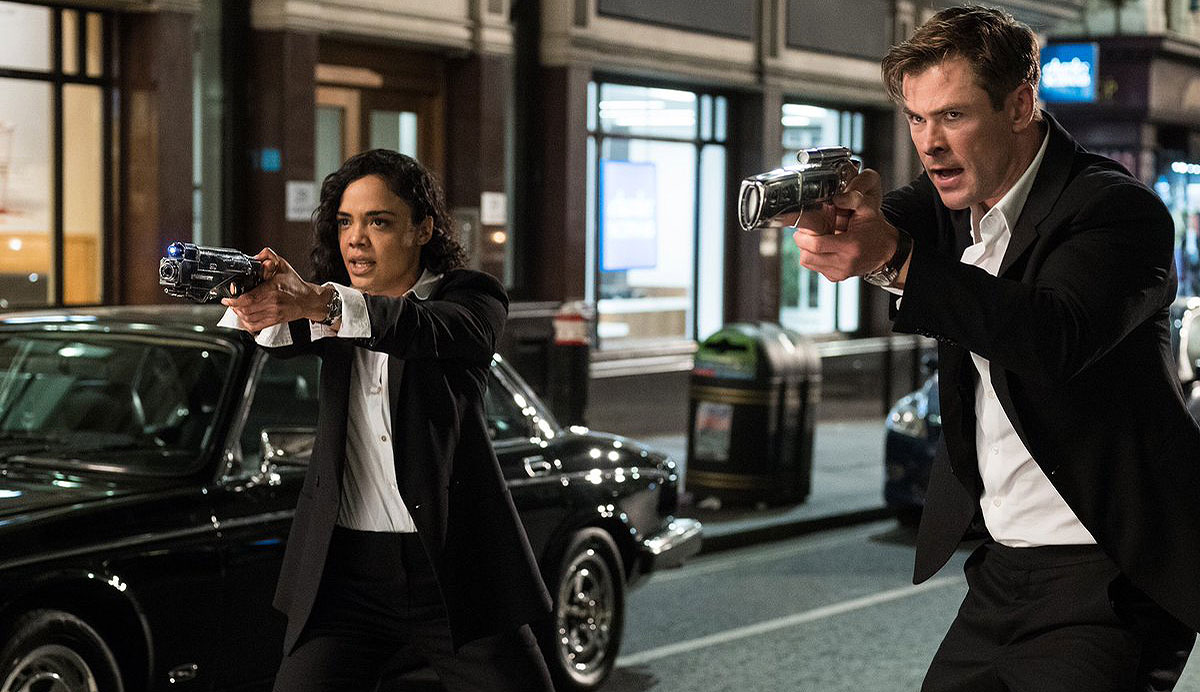 The summer movie season is almost upon us, kicking off (unofficially) next week with the release of “Avengers: Endgame.” Then, for about four months, there will be waves of sequels, reboots, reimaginings and even a few original films that threaten to dominate our conversations and imaginations. In order to successfully navigate these cinematic waters, we’ve compiled a list of some of the biggest movies coming out this season.

The Russo brothers’ conclude their “Infinity War” saga as the first chapter in Marvel’s cinematic universe draws to a close. With many of the contracts of the original Avengers ending, most assume that “Endgame” will be a passing-of-the-torch moment, though it’s still unknown exactly what the future holds for Marvel Studios. There are some sequels confirmed (“Spider-Man: Far From Home,” “Black Panther 2,” “Doctor Strange 2,” “Guardians of the Galaxy, Vol. 3”) and rumblings of other projects (a Black Widow solo movie, an Eternals film), but for once, fans are uncertain about the path of their beloved MCU. Still, “Endgame” appears to be an epic, three-hour long culmination that combines characters and plotlines from 21 previous movies in an ambitious attempt at serialized storytelling that has never been done before.

Why does this movie look so good? I’m not a Pokémon fan (having just missed the generational cutoff), so I wasn’t excited about all the various creatures that are featured in the trailers. Yet based solely on the realistic renderings of these adorable monsters and the sense of adventure that’s evident in the marketing, I’m extremely looking forward to this movie. It follows a young man (Justice Smith) who never followed his dream of becoming a Pokémon trainer as he teams up with an overcaffeinated, electricity-storing Pokémon named Pikachu (voiced by Ryan Reynolds) to solve a mystery. This has the potential to be an extremely fun time at the theater as well as one of the few anime properties to successfully translate to live action.

It would have been nice to keep with the simple naming structure of the 2017 sequel (“John Wick: Chapter 2”), but it really doesn’t matter what this thing is called. If it had been titled “John Wick 3: It’s Just ‘Cool As Ice’ But With Keanu Reeves,” I would still be excited. The “John Wick” films have not only delivered some of the best and most innovative stunt work and action sequences in recent years, but they’ve done it all with superb style and aesthetics. And now that Wick is on the outs with the rest of the (apparently vast) assassin network, we can only imagine what kind of hyperviolent shenanigans he’ll get up to this time around.

Expanding on Gareth Edwards’ 2014 reboot (and somewhat on “Kong: Skull Island”), this installment finds Godzilla facing off against classic villains (and allies?) like Mothra, Rodan and King Ghidorah. Millie Bobby Brown, Kyle Chandler, O’Shea Jackson Jr., Vera Farmiga, Charles Dance and Ken Watanabe are among the humans caught between the kaiju battles. The previous installment was a bit too somber (but not in a meditation-on-the-horrors-of-war kind of way), so it’s hopeful that “King of Monsters” will be more entertaining and feature more dazzling giant monster combat, especially with Michael Dougherty (“Trick ‘r Treat,” “Krampus”) at the helm.

Musical biopics are at their nadir, with some merely doing what “Walk Hard” parodied a decade ago but with total sincerity (and winning a bunch of undeserved Oscars for it at the same time). So while Dexter Fletcher, the man hired to complete that Freddie Mercury abomination following Bryan Singer’s ousting, is overseeing “Rocketman,” it does look to be a bit of a different beast. For starters, Taron Egerton is actually singing in his role as Elton John. The film also isn’t as much of a straightforward biopic, as the filmmakers appear to be using Elton’s music to accompany dreamlike interpretations of moments in his life more akin to a musical. Bryce Dallas Howard, Jamie Bell and Richard Madden are along for the ride in what looks to be at the very least an aesthetically pleasing movie.

With the exception of the unannounced “Deadpool 3” or that “New Mutants” horror film that is constantly threatening to be released, this is the swan song of the 20th Century Fox X-Men saga that helped kick off the comic book movie craze in 2000. Another adaptation of the Dark Phoenix saga, it appears that the franchise is going out with a whimper rather than a bang. None of the actors seem particularly enthralled to talk about the film, its release date was pushed back several times and at least two major plot points that should have been shocking are revealed in the trailers. But Michael Fassbender and James McAvoy are back again, and they always try their best, no matter the material. Plus, it seems like this one is actually incorporating the alien elements of Chris Claremont’s original comic book storyline, so that could wield some pretty zany results.

A return of the franchise but with all new stars in place, “Men in Black: International” stars Chris Hemsworth and Tessa Thompson as agents in the alien protection service. Those two are incredible talents with charm to spare, and their onscreen chemistry is well-established thanks to “Thor: Ragnarok.” Director F. Gary Gray is a bit of a conundrum in that he makes good original movies (“Set It Off,” “Straight Outta Compton,” “Friday”) but has also turned in some pretty weak sequels (“Fate of the Furious,” “Be Cool”). Still, if it just needs swagger and appealing actors to go along with the sci-fi shenanigans, then the film should be autopilot for this crew.

A secret franchise that’s long been dormant, this “Shaft” features the latest badass who looks out for his brother man to be named John Shaft (Jessie T. Usher) and also incorporates the previous holders of that moniker (Richard Roundtree and Samuel L. Jackson). Director Tim Story’s family affair approach may be a bit too cute for a story that began with police corruption and kidnapping, offering up black heroes and a slice of messaging along with stern punches to the gut, but one can hope that the various tones of the different film iterations gel together as a proper tribute to this iconic man. In other words, we can dig it.

The franchise that constantly seems to be done but then comes back with an even stronger installment is back from its pretty definitive end with perhaps the strongest installment yet. This “Toy Story” sequel focuses on Woody (Tom Hanks), Buzz (Tim Allen) and the rest of the toy chest helping Forky (Tony Hale), an arts-and-crafts nightmare turned beloved toy, as he wrestles with his place in the universe. Presumably, there will be lots of hilarity and heartwarming moments about the power of imagination and friendship with an unsettlingly dark antagonist revealing itself partway through. But as far as formulas go, the “Toy Story” series is an emotionally rewarding one that also renders great comedy and cool visual sequences.

Easily the best thing about this new version of “Child’s Play” is that it’s being released at the same time as the new “Toy Story.” Yes, it has Aubrey Plaza and Brian Tyree Henry squaring off against an insidious doll voiced by Mark Hamill; those are all pluses and promising elements. But the possibility of families seeing the wrong talking toy movie on opening weekend is a delightful bit of advertising. While the original series will continue with creator Don Mancini on television (and possibly other movies), this remake features a mechanical aspect to the terrifying toys and suggests a wave of tiny terror to beset a group of people who just want a plastic best friend for their child.

Possible spoiler alert: the mere existence of this sequel to “Spider-Man: Homecoming” suggests that Spider-Man just might live after all. Of course, this was never really in doubt, as the first movie was too beloved and made too much money. However, this sequel promises to be an international caper of sorts for Peter Parker/Spider-Man as his European vacation is wrecked by Nick Fury (Samuel L. Jackson) and Mysterio (Jake Gyllenhaal), the visual effects guru turned supervillain who offers a bunch of possibilities for fun spectacles and visually clever action sequences. The core group of “Homecoming” is full of such utterly entertaining characters and actors that this will likely be a welcome, lighter follow-up to the much more serious “Endgame.”

Why are movies like “The Lion King” called live action adaptations? They’re mostly shot on green screens and utilize motion capture and computer animation to bring its actors to life. At least in “The Jungle Book,” Jon Favreau’s last Disney reimagining, there were a couple humans. Still, “The Lion King” persists as one of the most powerful Disney tales, both on film (including its numerous DTV sequels) and on Broadway, and this version has an all-star cast that includes Donald Glover, Seth Rogen, Chiwetel Ejiofor and Beyoncé. It will probably be an impressive revamp with most of the songs intact and photorealistic computer graphics used to recreate iconic scenes, perhaps opening it up for a brand new generation of children to be traumatized by regicide.

With a trailer blasting off to Los Bravos’ “Bring a Little Lovin’,” the latest Tarantino joint seems to plunge into revisionist historical fiction again. However, this time it’s a bit more recent than the Old West or World War II, as the action centers on Hollywood in the late ’60s and the cultural shift it was going through, as well as the rise of Charles Manson’s murderous cult that targeted beloved actress Sharon Tate (Margot Robbie). Anchored by Brad Pitt and Leonardo DiCaprio, Quentin Tarantino’s latest revels in the pop art and iconography of a Los Angeles that has ceased to exist while also offering up plenty of action, suspense and comedy. It’s uncertain what exactly this film will be as it seemingly has a cast of hundreds, with some actors portraying fictional versions of real people and others playing purely fictional characters, but as it’s one of Tarantino’s last films (according to him, anyways), it certainly has our attention.

After the ridiculousness of “The Fate of the Furious” and the testosterone-fueled pissing match between Vin Diesel and Dwayne Johnson on set, it seems right that the “Fast and Furious” franchise would spin off into more comic-book style insanity as Johnson and Jason Statham star as an odd couple of secret agents traversing the globe to take on a (literal) superhuman villain played by Idris Elba. They get an assist from Eiza Gonzalez along the way, visit some beautiful locales, engage in vehicular absurdity and never address that Shaw straight up murdered one of the good guys like three movies ago. Johnson, Statham and Elba are some of the most electrifying and engaging presences on screen, though, so this promises to be an entertaining array of escapist fun.

“Scary Stories to Tell in the Dark” (August 9)

Produced by Guillermo del Toro and directed by the filmmaker behind the criminally underseen “The Autopsy of Jane Doe” (seriously, go watch it), this looks like a much darker version of the “Goosebumps” movie with well-known stories aimed at children and young adults coming to life, albeit in much more nightmarish fashion. Early stills from the movie show an impeccable attention to detail, with director André Øvredal seemingly lifting the haunting images from the books’ illustrations and transforming them into terrifying flesh that will lurk in the shadows for a whole new generation to fear. Hopefully it will be a movie worthy of the very iconic and impactful book series that has stayed on the mind of readers for 30 years.