Trending
You are at:Home»Vices»Drink of the Week: The Tulip Cocktail 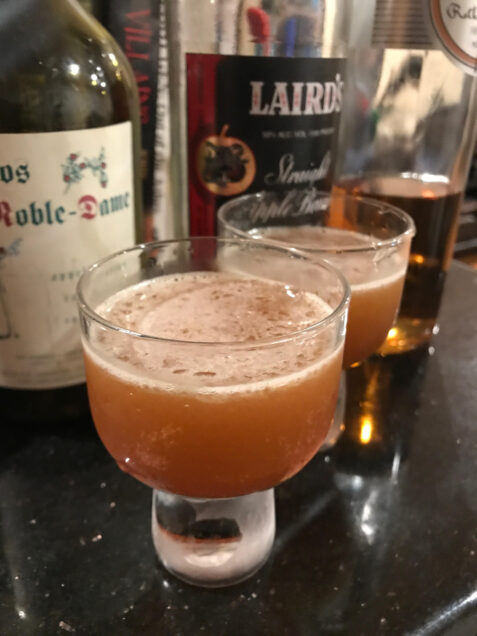 Last week, I let my eyesight get the better of me, and I got the recipe for the Tulip wrong, though in a way that I thought was kind of right. This week, however, instead of going with equal parts of all of our ingredients, I correct the record with the more modulated canonical version of one of many mostly overlooked classics from 1930’s The Savoy Cocktail Book. It’s worth looking at.

Combine the ingredients in a cocktail shaker with plenty of ice. Shake very vigorously and strain into a chilled cocktail glass. Sip and consider the importance of a sense of proportion.

I tend to love well-balanced drinks, and the Tulip is definitely one, though some versions are definitely busier than others. My vermouths were once again Carpano Antica and Noilly Pratt; as was the case last week, my apple brandies were Laird’s Straight Apple Brandy, Laird’s Applejack 86, and Calvados Roble-Dame.

Both me and my in-house guinea pig agree the best version of the Tulip included the calvados  and Carpano Antica. The French apple brandy is a bit lighter and drier in flavor than its American cousins, so the richer, more bitter flavor of the Carpano makes for a smooth but flavorful partnership. I also quite liked using Lairds Straight Apple brandy with the milder Noilly Pratt, which made for drink that was gently sweet in comparison to the others. Carpano and the Applejack 86 also made for harmonious pairings.

Other combinations, such as Carpano and the straight apple brandy, were spikier — which is not a bad thing for a drink to be sometimes. It was definitely more complex than some of the other Tulip iterations. If you enjoy rolling a drink around on your tongue to try and discern many flavors, you could do a lot worse.