Trending
You are at:Home»Entertainment»Movies»Movie Review: “The Hummingbird Project” 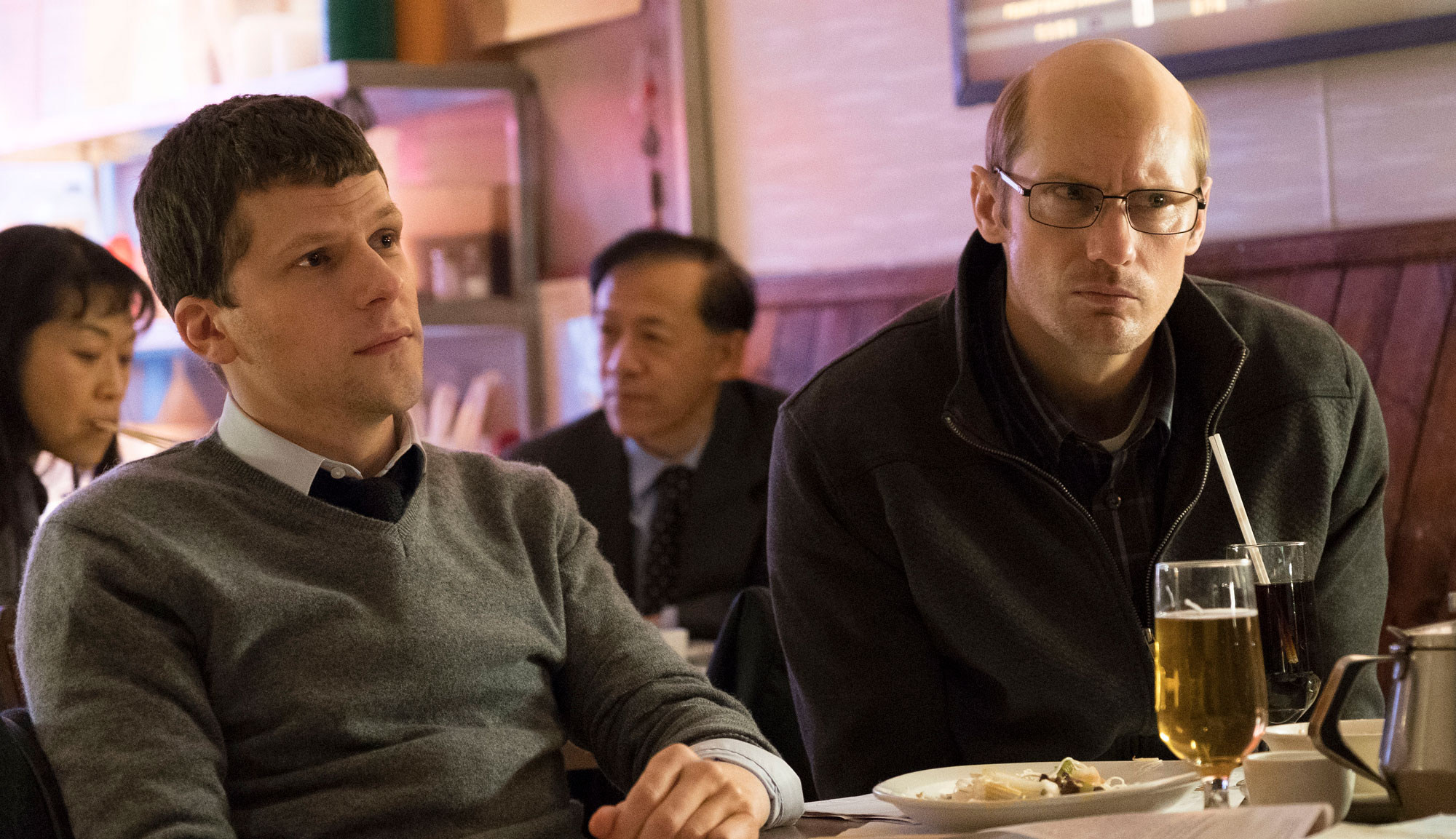 It would not be off base to assume that Kim Nguyen’s new thriller, “The Hummingbird Project,” is based on a true story. Following in the footsteps of other modern financial industry dramas like “Margin Call” and “The Big Short,” the film seems like just the sort of movie that would be based on the memoirs of one of its central characters, following them as they attempt to leverage technology to use high-frequency trading and short the stock market. But like “Margin Call,” “The Hummingbird Project” is entirely fabricated.

The fictional protagonists at the center of the film are cousins Vincent and Anton Zaleski, played by Jesse Eisenberg and Alexander Skarsgård, respectively. They work for the same Wall Street brokerage firm – Vincent as a broker and Anton as an engineer – always striving to refine Anton’s code, which will allow their trades to hit the market a few milliseconds before the competition. That edge could potentially be worth millions, and Vincent isn’t too keen on that windfall going to their boss, the hard-nosed Eva (Salma Hayek). So Vincent and Anton abruptly resign, hatching a plan to lay over 1,000 miles of fiber optic cable in a straight line from Kansas to New York City with the belief that once they prove they can get to trades a millisecond faster, everyone will want a piece of the line and they’ll be able to retire to the countryside as millionaires. Their partner in this venture is Mark (Michael Mando), who coordinates the day-to-day work of the dozens of crews digging their way across the United States toward prosperity. But Eva isn’t about to let them make a fortune without her and is more than willing to pull any strings at her disposal to stop them in their tracks.

What’s most noticeable about “The Hummingbird Project” is the lengths Skarsgård will go to render himself thoroughly unrecognizable. He sports an aggressive bald horseshoe hairstyle, thick glasses, a pronounced hunch in his posture and a stilted monotone voice. There’s a pretty clear indication both in the script and Skarsgård’s performance that Anton is perhaps more than a little bit on the spectrum, clearly uncomfortable in social situations and most at home when he’s in a dark room with his computer writing code. It’s certainly a committed performance, with plenty of tics and mannerisms to make the point. It may not be the most subtle take on a character like this, but it fulfills what Nguyen is looking for. And hey, it’s not like “The Hummingbird Project” is a particularly subtle movie, so the shoe fits. Eisenberg, on the other hand, is purely in his lane here – wiry and cagey and speaking a mile a minute like he does so well. He’s Anton’s mouthpiece throughout the film, but it’s clear that he’s just as interested in manipulating his cousin for his own gains as Eva is.

And that’s the key to understanding “The Hummingbird Project.” There aren’t any good guys here, and because of that, it can be tough to find a point of view or rooting interest in what’s going on. Vincent isn’t the most inspiring protagonist, and the battle he wages with Eva over who can make the most money the quickest points to the general amorality and craven nature of the financial industry. There are attempts to humanize these people, be it through a terminal illness, Vincent’s interaction with an Amish landowner (Johan Heldenbergh) standing in the fiber line’s way, or Anton talking to the server at a hotel restaurant about the underlying importance of the everyday workers who are so often left behind. But those moments are only varyingly successful in making us care about whether they meet their goal.

Thus, it falls to Nguyen to make us care by focusing on the suspense of their race to complete the fiber line, and he’s moderately successful at best. The film’s story beats are easy enough to see coming, as this is not a script interested in reinventing the wheel. Whether it’s work crews abandoning the project for a conveniently more lucrative opportunity, natural disasters getting in the way or equipment failing at the worst possible time, everything that can go wrong will as long as it contributes to the ratcheting tension. To his credit, Nguyen takes full advantage of the abundance of nature contingent with drilling through much of the Eastern United States, with cinematographer Nicolas Bolduc (who also shot Nguyen’s breakout feature, “War Witch,” as well as Denis Villeneuve’s amber-soaked “Enemy”) providing plenty of sumptuous scenery for the eye to enjoy.

Indeed, while there’s nothing particularly wrong with “The Hummingbird Project” or the story it wants to tell, there’s also nothing particularly right with it. Eisenberg and Skarsgård both give perfectly fine performances, the script is adequate and the plot is at least interesting enough to keep the train rolling toward its conclusion. The ending itself is perhaps the only real spark – a sort of non-catharsis that deprives the characters and the audience of what they want but makes a bigger point about the, well, pointlessness of it all. However, it’s not played for the nihilism inherent in a statement like that, because nihilism can often be rather freeing under the right circumstances. It’s tough to say if the finale truly makes “The Hummingbird Project” worthy of its audience’s time, but at least it’s something to hook into for a film that doesn’t have as many hooks as it should.