Trending
You are at:Home»Vices»Drink of the Week: The Gimlet Eye 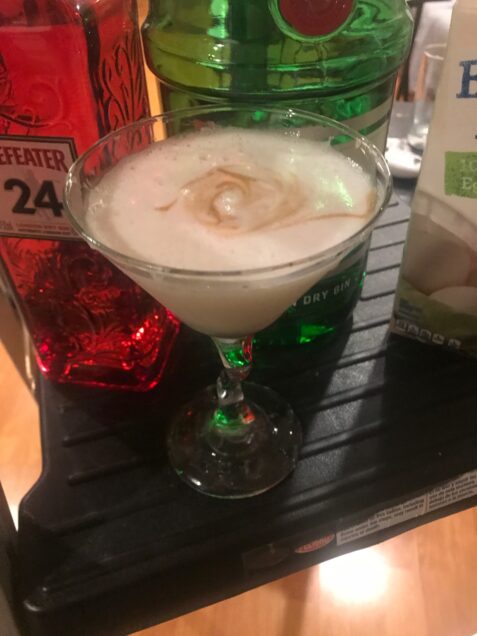 It’s likely that the Gimlet is named for Sir Thomas Gimlette, an English navy surgeon who is credited with stocking and combining overproof navy strength gin and Rose’s Lime Juice on British warships. It’s also possible that Sir Thomas got confused with another kind of gimlet. That’s a tool for drilling small holes, which also would have been widely used on her majesty’s vessels near the turn of the 20th century.

It’s the tool, definitely not the drink, that gives us the expression, “a gimlet eye.” If you’re unfamiliar, you probably don’t read many arts reviews, book jackets, or film-festival programs. It’s an expression those of us who play the critic game are rather fond of. “In [title], noted [writer and/or movie director/musician/etc.], turns a gimlet eye on [field of endeavor and/or social milieu].” It means incisive and clear-eyed.

I suppose we should all aspire to have a gimlet eye at least some of the time but, until now. I’m not sure it’s been possible to drink one.

Combine all the ingredients except the bitters in a cocktail shaker. Dry shake (i.e., without ice) to emulsify the egg white — a must if you’re using egg white straight from the egg. Then add plenty of ice and shake very vigorously for as long as you can stand it. Strain into a chilled cocktail glass.

Wait a minute or two for the egg white foam to form. Next, add several drops of chocolate bitters. Attempt to use a toothpick to make something that looks halfway like an eye. Sip, and keep a sharp one out.
*****

Today’s drink worked very well with Tanqueray, Gordon’s and especially so with the tongue teasing flavors of Beefeater 24. I was also pretty happy with Fee Brothers Aztec Chocolate Bitters, though a little can go a long way at times. Like egg whites, very few sweet things are not flattered by a bit of chocolate. I would add that Angostura bitters are probably a fine alternative if you’re one who appreciates those flavors on the top of the tongue. If anyone’s wondering about the orange flower water, it’s a standard ingredient in the Ramos Gin Fizz, and it seemed like a good idea to throw in here. The difference is subtle, but it really does open the flavor up a bit, which is interesting because I detected next to no impact in other drinks up to now.

What worked a lot less well, predictably enough, was my ability to fashion something resembling an eye — human or hurricane — in the foam top of my cocktail. The one in the picture kind of hints at it, but it’s definitely possible to do better, as my drawing skills literally end at stick figures. Those of you who are more artistically included and handy with stencils and other tools are welcome to give it your own shot and even get in touch with me via my politically charged Twitter account.

It’s also fine, by the way, to skip the bitters entirely and just have last-week’s fresh-juice Gimlet with egg whites added. I haven’t met the sour yet that didn’t love a little egg white in the mix.