Trending
You are at:Home»Lifestyle»2018 Romantic Movies You Can Watch With Your Girlfriend 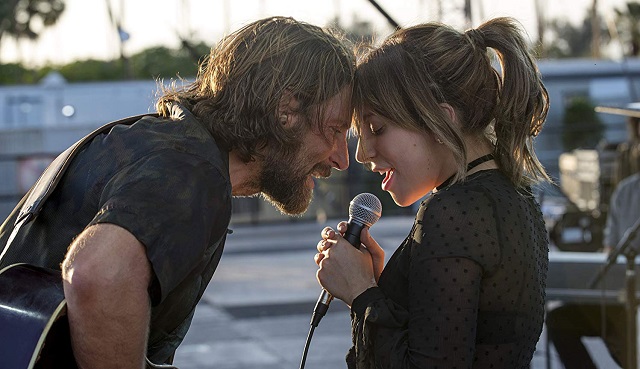 One of the endless discussions when dating is finding stuff to watch that you’ll both enjoy. It’s great when you can your wife or girlfriend have similar tastes, but even in those good pairings there will be compromises that need to be made. To get to watch a great action film, you might have to bend and give in on a romantic comedy one in a while. Those who don’t get this concept will be back to dating girls online quickly, as keeping them is just as important as finding them.

With that in mind, here are some romantic comedies from the past year that might offer some good options for you and your gal.

A Star is Born

This flick has gotten some great reviews and has been nominated for a ton of awards, so you probably can enjoy this one. The plot is pretty predictable. Popular country musician Jackson Maine meets an unknown but talented singer Ellie and helps her become a real star. Their tumultuous romance flares up, but the fading glory of one and the rapidly ascending career of the other bring discord in their relationship.

This also got some great reviews, and is loaded with hot Asian actresses. The main heroine goes to the homeland of her boyfriend in order to get acquainted with his parents. And she learns that her boyfriend is from a very rich family, and all the local girls dream about him.

This isn’t a great movie, but it obviously has some kinky sex scenes. If you’re trying to get your gal to be more adventurous in bed, this sequel might be just what you need. Maybe have some handcuffs ready under the bed!

This period piece got some great reviews. In London, in the 1950s, famous fashion designer Reynolds Woodcock creates unique images for royal families, movie stars, wealthy heirs, and socialite. The life of a genius changes radically when young Alma becomes his muse.

If Beal Street Could Talk

Her’s another excellent film, this one set in the 1970s. It’s part tender love story and part commentary on the black experience in America. With this one, you can impress your gal with your taste in movies and your willingness to look for creative options.

They key here is that you can’t always insist on your choices. You’ll driver her away quickly if you keep picking superhero movies, and you’ll also regret it if you commit to a TV show that will bore you to tears just cause you never gave in on some movies. So pick some good ones and you’ll be rewarded over and over again!