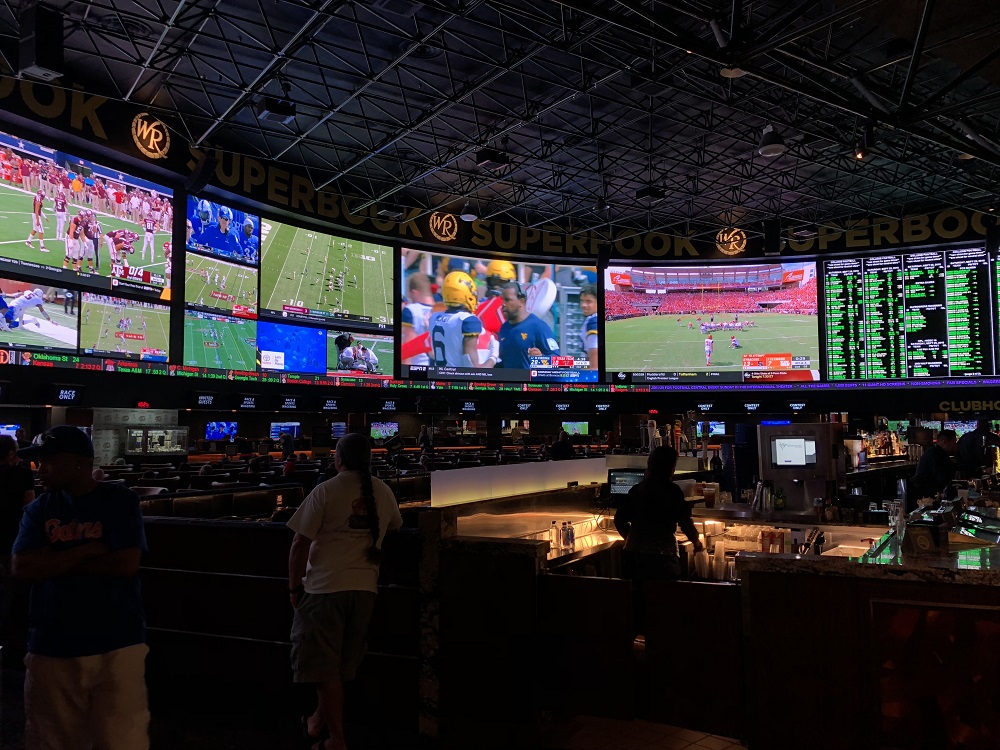 With Tom Brady, Bill Belichick and the New England Patriots making their 9th Super Bowl appearance in the last 18 years, it’s not surprising that the early money flowed to the Patriots when the initial betting lines came out after the conference championship games.

After a flurry of activity moved the Super Bowl 53 opening line from a pick’em to Patriots -2.5, the point spread has settled in at that number for the better part of two weeks.

Not only is New England favored over the Los Angeles Rams, but the Pats are also on pace to become the most popular Super Bowl bet ever tracked.

It seems that the lines have settled down a bit. The Westgate sportsbook (pictured above) still has the game at Patriots -2.5 while some offshore books have gone to -2 with money coming in on the Rams.

The experience factor certainly warrants attention. We have the old guard up against Sean McVay and his upstart Rams. McVay was mocked for his youth when hired two years ago, but he immediately turned around the Rams and the career for Jared Goff, who some had written off as a bust after one year under dinosaur Jeff Fisher.

As for the Patriots, here’s one interesting stat from RJ Bell that defies logic:

This is a pretty shocking stat given their 5-3 record in those Super Bowls. It also speaks to the brilliance of Tom Brady who has often been unstoppable late in Super Bowls.

I wouldn’t be too eager to bet this game, other than the entertainment factor of course. In some ways this comes down to two excellent running games, even in a passing league with the likes of Brady and Goff leading their squads.

The Rams now have a one-two punch with the emergence of CJ Anderson to go along with Todd Gurley. This is critical for the Rams as they run so much off of play action. If they can run the ball the way they did against the Cowboys and Saints, this offense will be tough to stop.

Likewise, Bill Belichick is brilliant at countering a copycat league. With the emergence of the passing game with the NFL rules changes, many defenses have gotten faster and lighter. So naturally Belichick beefed up his offensive line and drafted Sony Michel to lead a trio of backs that can pound the rock, and naturally making life much easier for Brady and company.

Look to who can establish the run early in this game. Enjoy!