Trending
You are at:Home»Vices»Drink of the Week: The Pendennis Cocktail 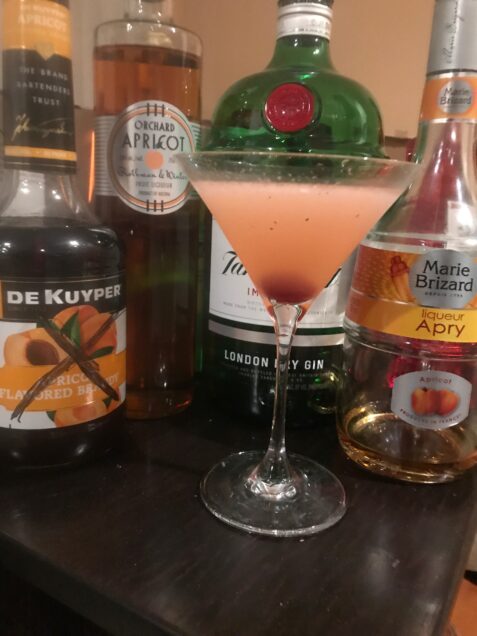 I’m not sure there’s any proof that this week’s beverage has any particular connection to the Pendennis Club, but it’s possible the naming wasn’t 100 percent random. The Louisville, Kentucky private club describes itself thusly. “It knows nothing of politics nor religion except that its members may or may not be of one persuasion or another. The Pendennis Club is a traditional gathering of friends, where decency, decorum, civility, good manners and the social graces are still very much in style.”

A lot to unpack there, American history and geographic location-wise, but it’s probably more Downton Abbey than Mar Lago. The club prides itself on its private label bourbon and its secret mint julep recipe. It also appears to be connected with the Brown-Forman liquor company, which largely began with Old Forester Bourbon. So, naturally, the Pendennis Cocktail, which was revived several years back by Ted Haigh’s classic work, Vintage Spirits & Forgotten Cocktails, features the strong spirit we all associate with the State of Kentucky, gin?

Combine the ingredients in a cocktail shaker with lots of ice. Shake very vigorously and strain into a chilled cocktail glass. Add a cocktail cherry if you’ve got one. Sip and try to figure out why in the world the Kentucky Pendennis Club got associated with a drink that is, literally and figuratively, extremely limey.

*****
A word about apricot liqueur, often called apricot brandy, which isn’t a complete misnomer like I thought it might be. It turns out that most of the better brands start with an apricot eau de vie (unaged brandy), and then add in the fruit and sugar to whatever degree. Even so, the quality-oriented brands seem to prefer calling themselves simply apricot liqueur while the low-end brands tend to go by “apricot flavored brandy.” Much in the way that “vanilla flavored ice cream” is never anywhere near as good as simply “vanilla ice cream,” apricot flavored brandy has a poor reputation.

Ever the explorer, however, as my bottle of classy Marie Brizzard Apricot Liqueur drew its last breath, I got myself some De Kuyper Apricot Flavored Brandy. It tasted very much like cough syrup on its own, but would it be acceptable when cut with so much lime juice and gin? Folks, it was repulsive. Mostly just sour and, nasty, like Jagermeister gone bad. (Which, I imagine, would taste mostly like Jagermeister.)

In the final analysis, using both Marie Brizzard and the similarly classy Rothman & Winter apricot had very good results, if way too sour for my in-house guinea pig. Tanqueray seemed to emphasize the sourness, but Gordon’s and Beefeater 24, possibly a new personal favorite of mine, allowed the sweeter flavors a bit more room to breath. However, it was a Mary Poppins-style teaspoon full of simple syrup that made it more to the GP’s liking, but less to mine.