Trending
You are at:Home»Entertainment»Movies»Movie Review: “Serenity” 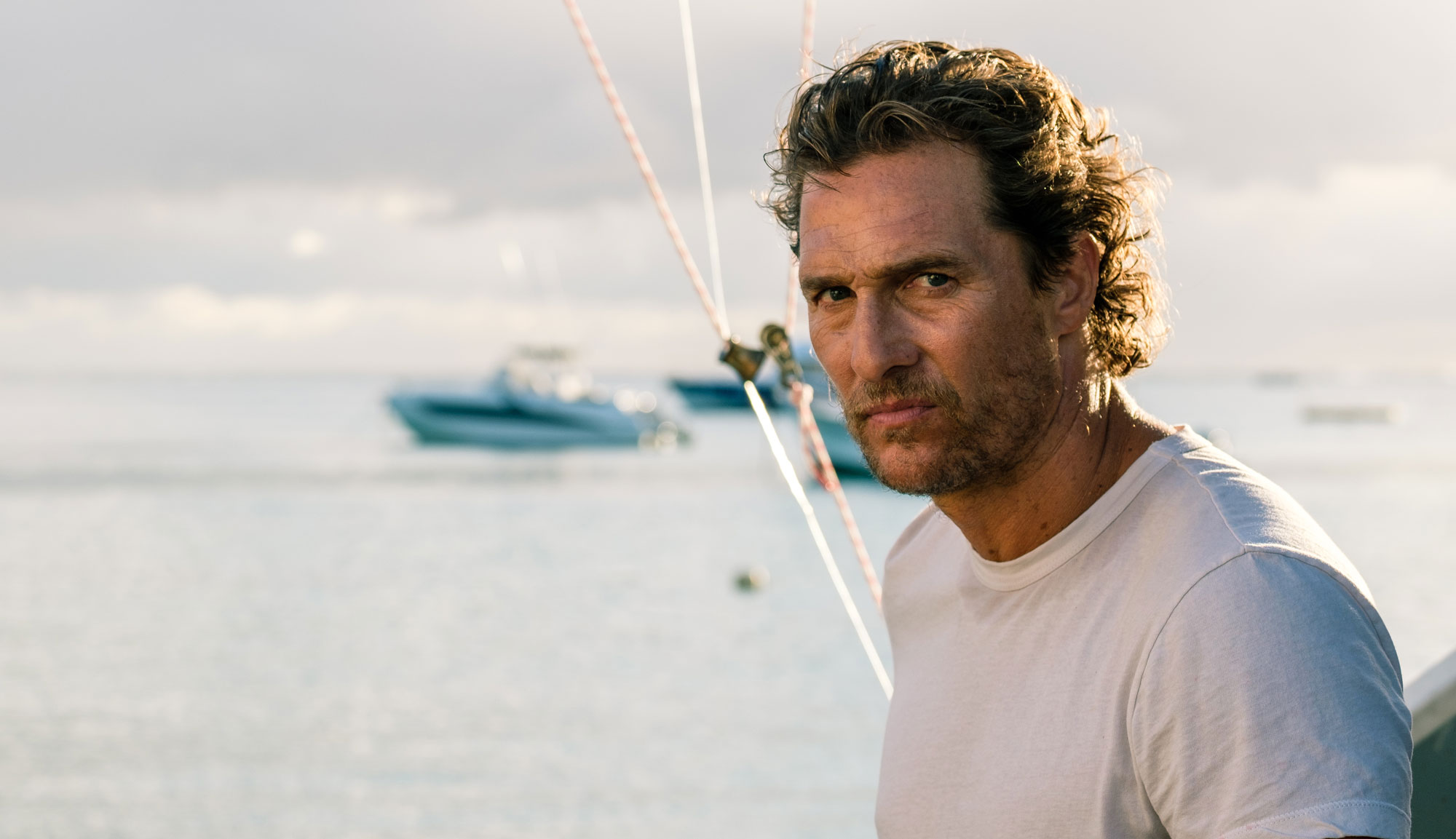 You would not be off base to see red flags all over the release of “Serenity,” the new film from Stephen Knight, the writer/director of “Locke” and showrunner of “Taboo” and “Peaky Blinders.” It boasts an impressive cast of award winners, including Matthew McConaughey, Anne Hathaway, Djimon Hounsou, Diane Lane and Jason Clarke. It was slated to be released last September, the time of year that would allow for a movie without big studio backing to drum up some awards buzz before being drowned out by the deluge of prestige films unleashed in the fall months. It wasn’t really concerning when Aviron Pictures pushed “Serenity” to October. Maybe they really believed in it and wanted to give it the sort of spotlight it deserved. But when it was pushed back again, this time to the infamous movie graveyard that is January, it seemed pretty clear that something may be rotten in the state of Denmark.

Billed as a soapy neo-noir thriller, “Serenity” follows Baker Dill (McConaughey), a fisherman on the idyllic isle of Plymouth. The film is so named after his boat, which he uses to take tourists on fishing trips to make money, all while hunting a giant tuna that has become his proverbial white whale. But when a woman from his past, Karen (Hathaway), arrives on the island with her boorish and abusive husband (Clarke) in tow, things take a turn. Karen has a proposition for his former flame: take her husband out fishing, get him drunk and knock him overboard so it looks like an accident. If he succeeds, there’s a cool 10 million dollars in it for him.

So basically, it’s “Double Indemnity” on a boat with a bit of “Jaws” and a lot of “Moby Dick” sprinkled in for flavor. That seems like enough of a conceit to get through a pretty basic if not particularly memorable crime thriller. But nothing about “Serenity” is interested in being basic. From its opening scene, featuring a sweeping crane shot gliding over the water and the boat while an oddly percussive action score plays in the background, things just seem… odd. The dialog is stilted and awkward. The performances, less so from McConaughey than the other denizens of Plymouth (including Lane as Baker’s sometimes fling and Hounsou as the first mate of his ship), are wooden and forced. Clarke is a caricature, while Hathaway seems to be doing her best performance of a noirish femme fatale through the prism of community theater. And there’s this strange guy in a suit (Jeremy Strong) stalking Baker and making all sorts of vaguely foreboding proclamations to no one in particular.

For the first act and much of the second, it seems to make sense why the movie got shifted to January. It has some famous faces, but it’s annoyingly rote and unsatisfying. Something constantly gnaws at you. It just feels wrong – that is, until you discover what Knight is actually trying to do here. To call “Serenity” a puzzle box movie would be unfair, as it doesn’t present itself as a mystery begging to be solved. But there is something very different lurking beneath the surface that makes it clear that some of Knight’s choices are not only deliberate but also sort of genius in their own demented way. To give any more away would be criminal, though keeping mum on the subject makes it nigh impossible to talk about the aspects of “Serenity” that do work. That makes for an inordinately difficult task for the reviewer, as all you can really talk about is how strange the first half of this movie feels without going into detail about why. Rest assured that all of Knight’s choices in “Serenity” are entirely deliberate and to a purpose; it’s just not a purpose that can be discussed.

Honestly, the insanity of where “Serenity” goes really must be seen to be believed. It’s tough to blame Aviron for their treatment of the film; I can’t imagine how you could effectively market this thing without spilling some beans that may threaten to ruin the prestige. And even with an understanding of where it’s going and why, it’s not always the most satisfying movie, though the gall and ambition of it all is undeniably bewildering and impressive in equal measure. Despite the gorgeous cinematography throughout, it’s tough to call “Serenity” a good movie. The bad performances are purposeful, but that doesn’t make them any less painful to sit through during the first half. And what it says about the world it’s created for itself doesn’t always live up to its potential. Still, there’s a real chance this film will garner a cult following after bombing out of the box office. Whether it’s worthy of such things remains to be said, but at the very least, it will garner plenty of discussion from those that take the plunge.