Trending
You are at:Home»Lifestyle»Movie Flashback: Looking back at blackjack movie ‘21’ 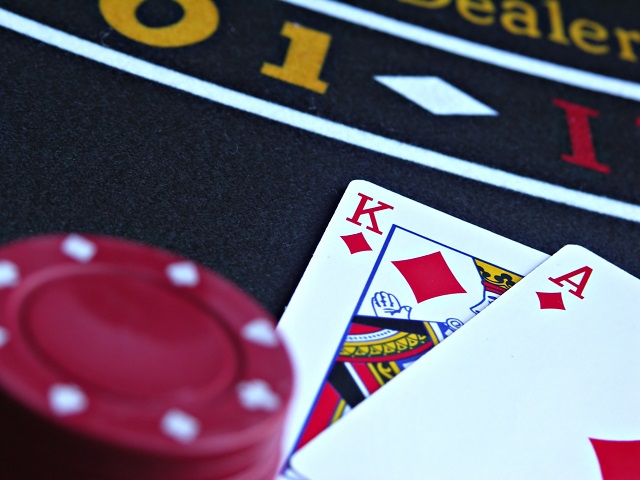 Gambling in movies is fast becoming a staple. Some of the most ostentatious and glitzy flicks focus on and revolve around this precise subject. In the sparkling streets of Las Vegas and Atlantic City, they show loud and boisterous game floors or quiet and cushy new bingo rooms, flamboyant slot machines or dark and mysterious backroom poker. It is the high risk and sometimes violent conclusions that attract the viewer, when the hero/heroine’s cleverness turns to folly and their good luck goes sour…until, of course, they fight valiantly back and win the day (if the writer is feeling kind) or die trying (if the writer is in an irrationally sadistic mood).

It is within this world of intrigue and suspense, centred around the blackjack table, that the audience is led in “21.”

With slick camera work and an iconic cast—any cast with Kevin Spacey is bound to be nothing less—”21″ was definitely a major movie of its time. A reflection of today’s world, the film focuses on greed and materialism, and how the combination of the two can change seemingly innocent desires and ethical intentions into nothing more than desperation for more at the end of the road.

This fact-founded story based on Ben Mezrick’s book ‘Bringing Down the House’ tracks a 21-year-old MIT student by the name of Ben Campbell (Jim Sturgess), who requires a large sum of money for Harvard Medical School. Ben is gifted with numbers and a protégée in mathematics, this being the talent that brings him to the attention of his professor Micky Rosa (Spacey), who introduces him to his small and secretive club of students pulling blackjack cons under his tutelage. Rosa has engineered an elaborate card counting scheme, complete with code words and hand gestures, and to enact his clever conspiracy he leads Ben and his brainy (and ethnically diverse) Ivy League buddies to the raucous gambling kingdom of Las Vegas.

In Vegas, Rosa and his team watch all their preparations and hard work come to fruition—for a while, at least, before all hell breaks loose and unexpected plot twists consequence a surprising conclusion. But during their brief spell of success, shy, cautious Ben, who asserts over and over that all his actions are only in pursuit of securing money for school, and that he would stop once that objective is accomplished, gets sucked into an ever-shifting vortex of antagonistic emotions. The audience is struck to find sweet Ben turn into his alter ego, an individual far different from his original self.

Rosa, Campbell and the wonder team play in Vegas according to a system of rules, codes and alternate identities that keeps their operations undiscovered and their own persons out of trouble. But when Ben, still wet behind the ears and too clever for his own good, starts to win and contemplates how easy it all is, his arrogance and greed get the better of him. He grows cocky, in so doing bringing himself and the others on the radar of casino security consultant Cole Williams (Lawrence Fishburne), who is working on his own personal agenda and has a vendetta against Rosa. Ultimately, it is pride, ego, and desperation that play a major role in how their trip to Las Vegas turns out and how Ben’s life is affected as a result.

The film’s cast is a major point of influence when it comes to character portrayal and overall reception. Jim Sturgess once again delights as the troubled yet well-meaning archetype Ben Campbell, principled and cautious at first but then corrupted by the superficial glamour of easy money and instant success. From having to work hard and diligently to get through college, Sturgess presents an interesting and charming enough take on young Ben’s sudden promotion into wealth and how the change affects his inherent personality. As expected, academy award winner Kevin Stacey is perfect as the enigmatic yet callous professor, marshal of his card counting team, and Stacey’s commanding presence adds a touch of true class. Kate Bosworth, as the typical love interest Jill Taylor, contributes just the right amount of tenderness and ardour, whilst Lawrence Fishburne adds much-needed plot weight and tension, along with grim humour and droll wit, as he slowly tightens his net around the MIT team’s conspiracy.

The movie might start off slow and languid, with the initial premise being set for virtuous Ben Campbell and his eventual descent into the world of Rosa, blackjack, and scams, but its bulk is fun, action-filled and thrilling, set amongst the seductive allure of Las Vegas. MTV style cinematography and editing have managed to capture the poignant spectacle of this iconic, movie-perfect gambling city, and once the plot hits its peak, it is quite difficult to ignore the thrill of snappy visuals and a riveting cast fixed at bamboozling the system and tricking all odds.