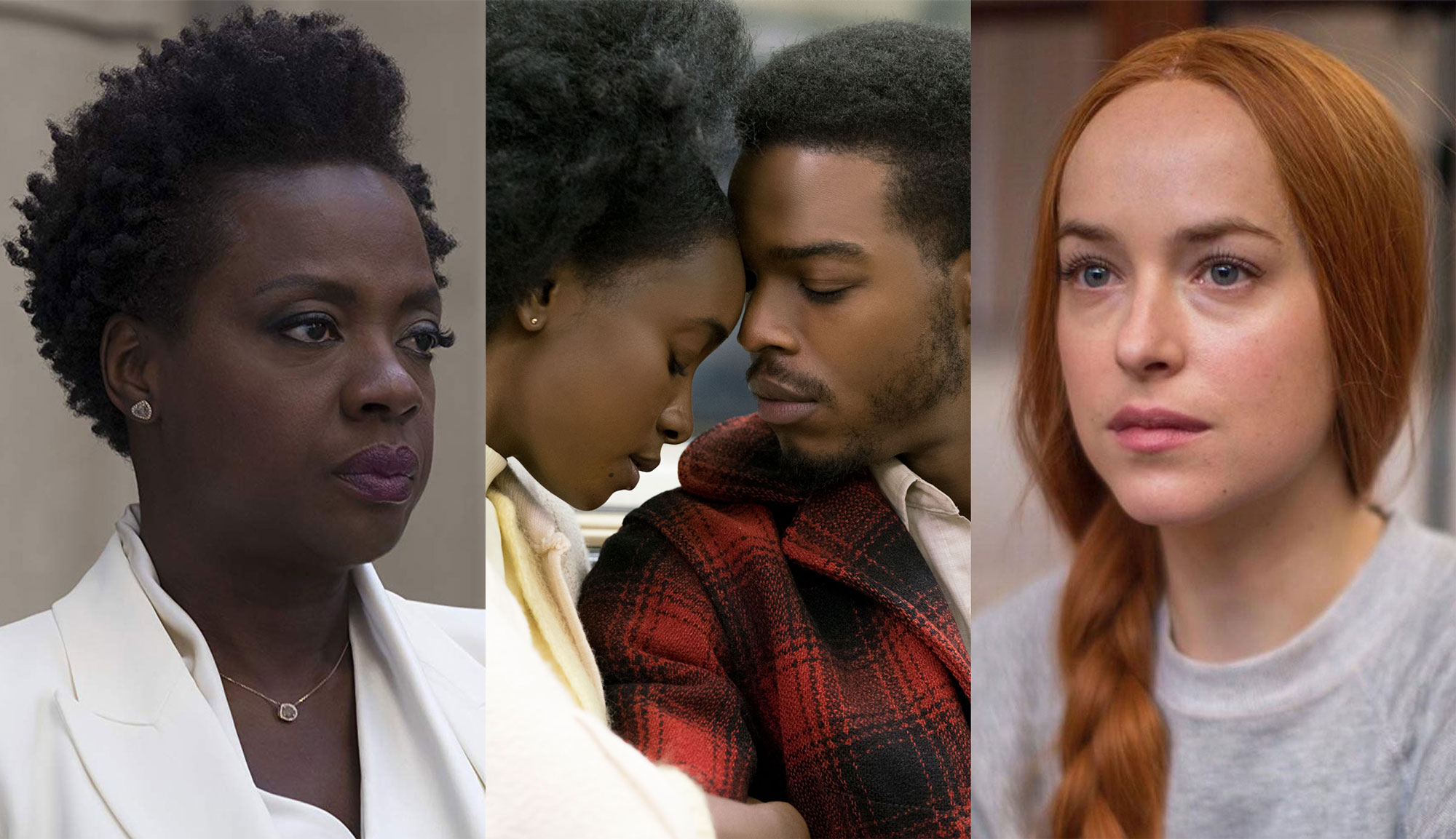 I feel like this year in movies really snuck up on me. It’s often the case that studios save the best for last, cramming all of their awards contenders into the final third of the year, but even many of the earlier releases on my list were movies I didn’t catch up with until the annual film critic tradition of watching as many movies as possible from October to December.

It was a good year for movies, perhaps quietly so, but I can tell that’s the case from my agony that films like “Can You Ever Forgive Me?,” “The Favourite,” “Sorry to Bother You” and “You Were Never Really Here” didn’t make it into my top 10. The cream rises to the top, and there was plenty of cream at the movies in 2018.

It’s really quite incredible what Ryan Coogler has managed to do with blockbuster franchises, first making Rocky cool again with “Creed” and then breaking the Marvel Cinematic Universe out of a creative and artistic funk with “Black Panther,” a movie that embraces African culture and gives us something we haven’t seen before from the Marvel machine. Coogler just knows how to make these movies; he has an innate understanding of balancing crowd-pleasing storytelling with a deeper sense of meaning that’s so often missing from films like this. But more than all of that, it’s his third collaboration with Michael B. Jordan that makes “Black Panther” soar. Erik Killmonger may be an incredibly stupid name for a character, but he’s also the best villain we’ve ever seen in a franchise that too often suffers from anemic bad guys. “Black Panther” is still there to feed the never-satiated yawning maw of Disney’s pop culture domination, but it doesn’t feel that way when you watch it, which is a titanic achievement.

Spike Lee’s directorial efforts have been up (“Chi-Raq”) and down (“Oldboy”) in the recent past, but “BlacKkKlansman” sees him operating at the peak of his powers for the first time in years. He has a great concept to dig his teeth into – the true story of a black police officer in Colorado who managed to infiltrate the KKK with the help of a fellow white officer. This is a star-making turn for John David Washington and another in a seemingly endless line of great performances for Adam Driver. But it’s Lee who’s the true star; look no further than the bravura cross-cut sequence at the climax of the film, splitting time between a KKK initiation ceremony and a harrowing speech from Harry Belafonte that shows both sides of this conflict and what is really at stake here. “BlacKkKlansman” careens between tones with breakneck speed, but Lee balances it all perfectly.

8. “SPIDER-MAN: INTO THE SPIDER-VERSE”

I feel like this should have been easier to predict considering the involvement of the duo who’s always spun silk into gold, Phil Lord and Chris Miller. Maybe the fact that Miller didn’t get a script credit threw us off the scent, but it comes as no surprise that “Spider-Man: Into the Spider-Verse” isn’t just the best superhero movie of the year – it’s the best in at least a decade. With whip-smart writing, a killer soundtrack and a fantastic voice cast, “Into the Spider-Verse” gives us a completely different look at everyone’s favorite web-swinging hero, and in so doing makes it the most vibrant the character has been since “Spider-Man 2.” It’s also quite possibly the most beautiful animated film in some time – a bold and confident collision of styles that melds 1930s detective noir, 1960s Silver Age comics and contemporary street art with some futuristic anime for spice. And in Miles Morales, we all have a new hero to fall in love with.

This year’s Palme d’Or winner easily lives up to the lofty aspirations of one of the most prestigious prizes in film. Hirokazu Kore-eda’s tender and loving rumination on what it really means to be family has plenty of humor to go around, but its pathos cuts to the core. As the matriarch of the ragtag clan of thieves at the center of the story, Sakura Ando isn’t getting all that much consideration in the end-of-year awards, but she gives one of the very best performances of the year, full of empathy and love for people who aren’t even her flesh and blood. As things take a turn, Kore-eda never loses the plot nor the focus and importance of what all these disparate strings of humanity represent to each other. It’s gorgeous and uplifting and sad and touching – the sort of experience the cinema was born to convey.

Of all the coming-of-age skateboarding movies released in 2018 (including “Skate Kitchen” and “Mid90s”), the best film is the one that really happened. Bing Liu’s documentary about the skating scene in the rundown Rust Belt city of Rockford, Illinois quickly reveals itself as a deeply felt and incisive look at life on the fringes of society, with poverty and recurring patterns of abuse determined to keep these kids in a state of perpetual struggle. They rely on their boards to escape and unite (the youngest scrawls “This device cures heartache” on his), finding a common bond that crosses racial and class lines. Documentaries are often designed to give us a portal into people’s lives, but rarely will you find a movie, fiction or non-fiction, that is as empathetic and humanistic as “Minding the Gap.” This is about who we are as a species, warts and all. It’s devastating, inspiring and sobering all at once, and it’s the best documentary of the year.

“Paddington” was a perfectly charming movie a few years back, but I’m not sure anyone was expecting what an extreme leap in quality its sequel would be. Endlessly charming and so deeply British, “Paddington 2” is a vehicle designed to generate joy and delight in equal measure. The cast of stalwarts from the first film (Ben Whishaw, Hugh Bonneville, Sally Hawkins and Julie Walters) are joined by the likes of Hugh Grant and Brendan Gleeson, among other luminaries. The result is a rollicking action-adventure with at super fun plot and an all-time great villain to press the action and make everything work so outrageously well. It’s not just a good kid’s film or a good family film; it’s great for all ages.

Paul Schrader returns to prominence with a vengeance in this quietly devastating meditation on faith, environmental catastrophe and the moral choices we face. Ethan Hawke dazzles in what may be the best performance of his career (and that’s saying something), while Schrader’s script reminds you that he’s still the guy who wrote “Taxi Driver” and “Raging Bull” all those years ago. Shot in a claustrophobic 4:3 aspect ratio that mimics the tiny, cramped church where Hawke leads his parish, “First Reformed” serves to test his faith at every level, whether by the environmental activist who wants to abort his unborn child so it won’t have to deal with the slow destruction of the planet via climate change or the bigwig mega-church pastor and parishioners who keep his church afloat but seem more concerned with status and popularity than the true word of God. It’s an extraordinarily thoughtful take on true conviction in the modern day, and though that doesn’t lead our protagonist anywhere particularly good or uplifting, the journey is a hell of a ride.

I honestly didn’t think Steve McQueen had a movie like this in him. A wonderfully and skillfully trashy heist film, “Widows” boasts the best ensemble cast of any movie in 2018 and a killer script with tons of satisfying twists and turns. McQueen embraces the beach book nature of the story (and co-writer Gillian Flynn is certainly no stranger to the genre) but can’t resist a little art house flourish in the visuals. Daniel Kaluuya redefines the term “menace” in a memorable supporting turn, while none would be wise to deny the power of Viola Davis. And with any luck, this is the movie that will finally make Elizabeth Debicki into the star she deserves to be. By far the most engaging and easy-to-watch movie of 2018, “Widows” begs for multiple rewatches just to ride the roller coaster over and over again.

2. “IF BEALE STREET COULD TALK”

Barry Jenkins follows up the Best Picture-winning “Moonlight” with a movie that is every bit its equal. Part tender love story and part commentary on the black experience in America, “If Beale Street Could Talk” uses the James Baldwin novel as a guide by setting the action in early 1970s New York, a time when, despite the successes of the Civil Rights movement, the black community was still treated like second-class citizens. Jenkins, retaining a similar close-up heavy directorial style from “Moonlight” and benefiting from another dynamite score from Nicholas Britell, has so much love and empathy for his characters, all of them facing the sort of odds no one should have to contend with. And that’s before Brian Tyree Henry comes barreling into the film (and his third to see a place in this top ten, which is a crazy achievement) to grab it by the neck for 15 minutes and show us everything that’s at stake, everything we want Stephan James and KiKi Layne to avoid but know in our heart of hearts they can’t. Like “Moonlight” before it, “If Beale Street Could Talk” is a profound and stirring take on what it means to be human. We don’t deserve Barry Jenkins, but at least we get to enjoy him.

It’s safe to say that Luca Guadagnino’s reimagination of the Dario Argento classic isn’t for everyone, but it was certainly for me. Replacing the ballet stylings of the original with guttural, rhythmic and violent modern dance, the movie is 150 minutes of art house indulgence, languidly paced and sumptuously shot. But when it wants to get mean like Argento’s “Suspiria” got mean, it’s more than capable of being plenty mean. Featuring a haunting score from Radiohead frontman Thom Yorke, three (!) wild performances from Tilda Swinton and a wonderfully complex leading turn from Dakota Johnson, it’s the sort of movie that unnerves you in just such a way that lingers in the mind for days and days after the credits roll. The grand, bloody finale is a glorious and egregious ballet of gore, and the ultimate tribute to the film’s giallo roots. “Suspiria” is an ode to excess in all of its form – a delirious feast for the eyes and ears alike.