Trending
You are at:Home»Lifestyle»Good Luck Charms and Their Symbolism 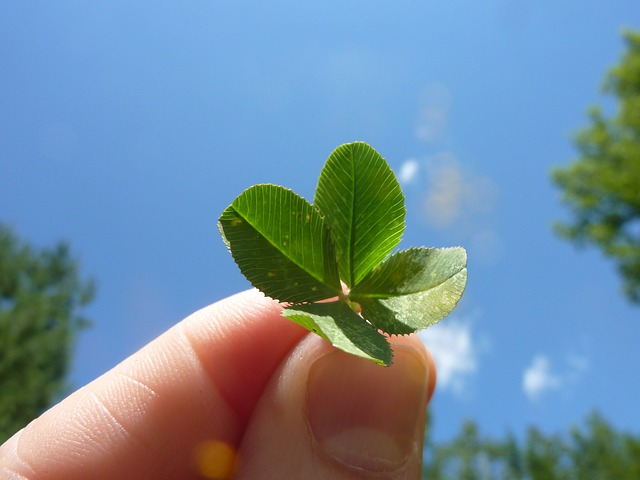 Is gambling a sin? Only if you believe in it. The same goes for lucky charms; they will bring you luck only if you have enough faith in it. There are classical lucky items, and there are the ones of personal value. There is nothing wrong with believing in power of these items if they make you feel good about your luck. Let’s take a look at some of the best-known lucky charms around the world and why they became symbols of good fortune.
Classical charms include some well-known objects that have served as magical items for centuries:

Did you know that there are 10,000 3-leaf clovers for a single 4-leaf clover? This rarity certainly explains the reason why the latter is considered a lucky charm! An Irish legend also says that discovering a four-leaf clover indicates that one is close to the leprechaun’s pot of gold.

The horseshoe has long been considered a lucky charm according to the Greeks, since iron is a metal known to protect against bad spirits and misfortune. The horseshoe’s shape – the crescent moon – is a symbol of fertility and luck which brought it the title of lucky charm. But beware: in order to be able to bring good luck, the horseshoe must be nailed with seven nails and point upwards, so that “happiness does not fall”!

Rabbit’s foot has always been associated with good luck. But why? In many civilizations, the rabbit and the hare, obviously because of their astonishing capacity for reproduction, symbolize fertility and abundance of life forces. That’s what we’re looking for choosing this item as the lucky charm. However, as the poet Louis Aragon put it so well: “The rabbit’s paw brings good luck, but not to the rabbit”. So, in the era of animal protection movements, it’s better to choose something more “environmentally friendly”.

In many religions, 7 is a sacred number. For example, in the Bible, the world was created by God in seven days. Muslims, meanwhile, turn seven times around the Kaaba in Mecca. For Hindus, there are seven sources of energy in the human body, the seven chakras. Let us not forget about the Seven Wonders of the World, which have nourished our imagination since ancient times. And besides, the whole gambling industry was built around the admiration of this number. Remember all the fuss made around the date – 7 July 2007(7/7/07)? People were literally ready to kill just to have their dream wedding on this day. You may wonder if those couples are still happily married, unfortunately, it is impossible to provide you with this information. Though, we know for the fact that Actress Eva Longoria and NBA star Tony Parker got married on the lucky date, and divorced four years after that. For some people it works, for others it just doesn’t, despite all lucky charms in the world.

The range of personal lucky charms is as wide as an Arizona prairie. All items of personal nature may become a source of inspiration and good luck. Among the most popular ones, there are coins, gathered in different places, which may symbolize wealth and prosperity. Most people also believe that the date of their birth, precisely the numbers in their birth date, will bring them good luck. Statistics say that in casinos, besides the number 7, people tend to bet on numbers which coincide with their birthday. This list can be further prolonged, but the most important thing about personal lucky charms is that it is a matter of your own attitude toward this or that item that makes it special.