Trending
You are at:Home»Entertainment»Blu Tuesday: Smallfoot and More

Pick of the Week: “Smallfoot” 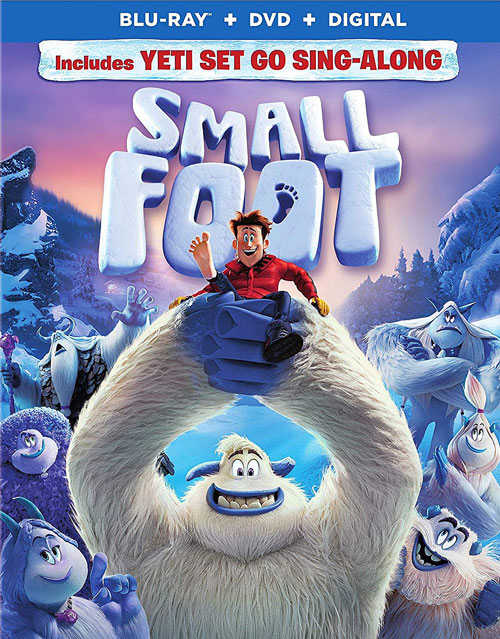 When the trailer for “Smallfoot” first debuted, it looked like yet another throwaway animated film that would be soon forgotten, and to be fair, that’s pretty much exactly what happened. But while the movie pales in comparison to this year’s stronger animated fare, it’s much better than expected thanks to a solid voice cast led by Channing Tatum, Zendaya and James Corden as well as several great musical numbers, including a reworked version of Queen and David Bowie’s “Under Pressure.” Though there’s nothing too extraordinary about “Smallfoot” from a narrative standpoint, it’s a cute and harmless adventure film that contains some surprisingly heady lessons for its young audience about tribalism, blind faith and the importance of asking questions.

“Lizzie” — The legend of the Lizzie Borden murders has captivated audiences for decades, but no one has succeeded in making an interesting movie or TV show about the grisly events, and unfortunately, that includes this drab rendition from director Craig William Macneill, who reimagines the story as a lesbian feminist revenge tale. Though Chloë Sevigny (as the title character) and Kristen Stewart (as the Borden family’s housemaid) both turn in good performances, they’re wasted on an otherwise lackluster script, which fails to hold your interest for large stretches of time. Save for the murders themselves, “Lizzie” is an incredibly boring period film that feels more like the ramblings of a conspiracy theorist than anything based in fact. Extras include a behind-the-scenes featurette. FINAL VERDICT: SKIP

“I Still See You” — This YA supernatural thriller based on Daniel Waters’ 2012 novel, “Break My Heart 1,000 Times,” is as lifeless as the ghosts that inhabit the small town at the center of the story. Though the initial premise is intriguing, the movie doesn’t really do anything with it, eventually devolving into a generic murder mystery filled with shaky logic, constantly changing rules whenever the plot requires it and two of the dullest performances of the year. Bella Thorne and Richard Harmon really are that dreadful, although they’re not entirely to blame for being unable to feign interest in such a lazy and poorly executed film. Extras include an audio commentary by director Scott Speer and actor Bella Thorne, as well as a pair of production featurettes and some deleted scenes. FINAL VERDICT: SKIP