Trending
You are at:Home»Lifestyle»Why do we think the Irish are lucky? 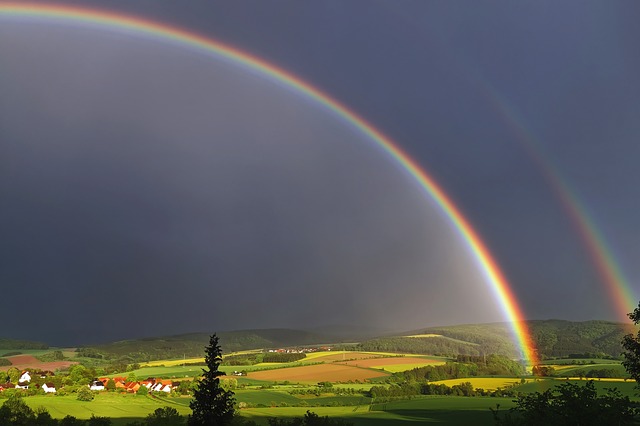 If you’ve ever wondered just what “the luck of the Irish” is, you’re not alone. There’s plenty of good omens riddled into Irish folklore but are they really lucky?

We’ll be covering all the urban myths from rainbows to pots of gold to leprechauns which have inspired many of the Irish themed online slot machine games which are enjoyed by thousands of people all around the world every day. It’s only right that we explore the rich and mystical heritage of the mystical isle.

What is the Luck of the Irish?

“The luck of the Irish” is actually an old mining expression, a lot of people have come to believe the phrase means extreme good fortune. However, the term isn’t all together positive. Back in the time of the great gold rush of the second half of the 19th-century it was the Americans and the Irish who were financially thriving. Naturally, the American miners felt threatened by the success and used the now popular phrase as a term of derision meaning that I could only be through sheer luck that the Irish were succeeding.

So, what about the rest of the lucky omens which surround the heritage of the Irish? Do they take away from the fact that the Irish are amongst some of the unluckiest people on the planet? They suffered the wrath of the Vikings, the Tudors and the potato famine. Let’s find out.

Well, considering that leprechauns are mythical creatures, the chances of them bringing you any kind of fortune are fairly slim. But, that doesn’t mean exploring their history isn’t fun.

In mythology leprechauns were fairies, and note, that fairies aren’t all of the cute and sweet variety that you would see in a Disney film. Fairies were grotesque and insidious creatures with nasty and lustful behaviour whose magic was intended to keep you on your toes. Sure, they might do you a favour on the first day that you met them, but on the second day if you displeased them, well, it wouldn’t be all too surprising if you ended up dead. If you need any more reasons to fear leprechauns why not check out the comedy horror film the Leprechaun (1993). It will then become clear just how far leprechauns are willing to go to protect their pots of gold.

The history of the leprechaun dates as far back as the 8th century and they were thought to be small spirited creatures which lived in the basement, caused mischief and drank heavily. But, for some reason, leprechauns are still thought to be good luck. Yet, the luck was only supposed to derive from the leprechaun if you captured him, so he could barter for his freedom with his treasure.

However, in popular modern culture the image problems which leprechauns may have suffered in the past have almost been forgotten thanks to their rebranding. Just how much of a role the Lucky Charms cereal brand has had in giving the leprechauns a facelift is hard to say. So, it’s quite ironic to find that the Irish are so keen to don leprechauns as a good luck mascot in gambling given that they are creatures to forewarn the dangers of trying to get rich quick!

What Lies Over the Rainbow?

It is a common Irish myth that at the end of a rainbow lies a pot of gold. So, it’s no wonder why people think it’s a good luck omen if they’ve got a chance of finding a pot of cash if they follow it. And who should be guarding that pot of gold? Well, it’s a leprechaun of course! And we’ve already found out that the unsightly mythical creature is no walk in the park to deal with!

Sadly, it’s actually impossible to find the edge of the rainbow, as if you were to find where it should theoretically end, you’d be too close, and you wouldn’t be able to see the refractions of the light as they appear when they are miles away. There’s a pretty specific science to it, so we can put that myth to bed, so, take the expert’s word that you will never be able to reach the end of a rainbow.

So Why is Irish-Themed Gambling So Popular?

Some may say that the Irish have turned their streak of bad luck through history around and turned parts of their mythology into good luck charms. Either way no one can dispute that Irish themed games are experiencing an all-time high in terms of popularity which may all down to the colourful and fun imagery and the mystical characters.

Whilst it gave me no pleasure destroying pretty much every good luck charm the Irish enamour us with. There is still no shortage of Irish themed gambling. Amongst the most popular of the UK themed games is Rainbow Riches slot which was originally released back in 2005. The game shot to popularity, and remains unrivalled to this day, despite all of the attempts to replicate it. Yet, the visually stunning elements of a magical rainbow arc, a Celtic border and sprinkling of fairy dust pertains to be a winning combination for players. Along with the visuals, you get a smorgasbord of Irish-inspired bonus rounds which go alongside the usual wilds and scatter cards. You may not be able to follow a rainbow and see a shiny pot of gold in real life, yet with Rainbow Riches, it’s certainly not out of the realms of possibility! Depending on how lucky you feel whilst playing the game, you can bet anywhere from 1p to £400 per play. The slot game may seem overly simplistic to play but play your spins right and you could win anywhere up to 200x your initial stake with a maximum possible jackpot of 25,000 coins. You might want to have your four-leaf clover ready as you place those bets. After all, the luck of a four-leaf clover can’t be another myth, can it?