Trending
You are at:Home»Vices»Drink of the Week: The Prohibition Cocktail 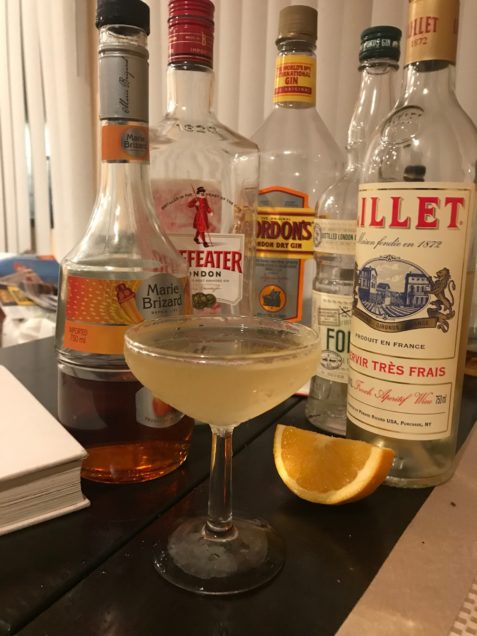 Thanksgiving is a thing of the past now, though the pounds you gained are anything but. Maybe you’re considering going on a diet or some sort of fast to prepare for the big consumption fests coming at the end of next month. If you’re a regular drinker, it might be tempting to go on the wagon for a bit, if only to save on all those liquid calories. Of course, too many people start doing that for too long, a lot of us will be out of a job, and that would be a shame. At least we should be happy that we live in a time when alcohol is legal, taxed, and well regulated and now herbal jazz cigarettes are starting to get a similar treatment. It’s been almost a century since the 18th amendment banned liquor, but maybe we’re finally starting to learn something.

All we seem to know about the The Prohibition Cocktail is that it comes to us from 1930’s The Savoy Cocktail Book, when the name was still all-too topical, though this drink could still be very legally made at author Harry Craddock’s day job at  London’s Savoy Hotel. It’s a subtly humanized take on a martini, that is a not too sweet, not-too-fattening, not too severe beverage. Not quite a temperance drink, but definitely temperate in flavor.

Combine the ingredients in a cocktail shaker or mixing glass with plenty of ice. Stir or shake — you can make a strong case for either here — and strain into a chilled cocktail glass. Contemplate the most basic but most neglected of rights — control over your own body, including what you put into it.

Harry Craddock’s original recipe for The Prohibition Cocktail is one of 23 entries in his book that call for Plymouth gin, a style and a brand of gin I discussed last week. Try that now and, odd though it may seem, this drink falls apart.

It’s not that Mr. Craddock didn’t know he was doing. though. The reason, I feel sure, is that the other chief ingredient,  Lillet Blanc — a very nice, lightly sweet variation on vermouth — has changed a lot since 1930. Despite what Robert “DrinkBoy” Hess says in his otherwise spot on 2012 video on this drink, experts seem to agree that the beverage formerly known as Kina Lillet contained derivatives of quinine with a bitter flavor. It’s this change that has famously made James Bond’s Vesper problematic. (Whatever you do, do not follow the exact recipe Daniel Craig provided back in 2006′ in “Casino Royale.” That same year cocktail historian David Wondrich explained why.) If you insist on using Plymouth Gin in the Prohibition, then you must resort to the same trick cognoscenti now use for the Vesper, and add a couple of dashes of bitters to balance the flavor.

I, however, prefer this one made simply with something like the Beefeater’s that Robert Hess and I both seem to favor. It’s just a touch sweet and a touch tangy and floral.  Ford’s Gin, which has a more biter and spiky flavor was bracing but less pleasurable. If you can’t decide which brand to use, your can always save a few bucks and go with Gordon’s, which has less of the florals and few bitter notes.

On this post-Thanksgiving weekend, just be grateful that Speakeasies are now a charming historically minded affectation, not the criminally underwritten boozing necessities they once were.