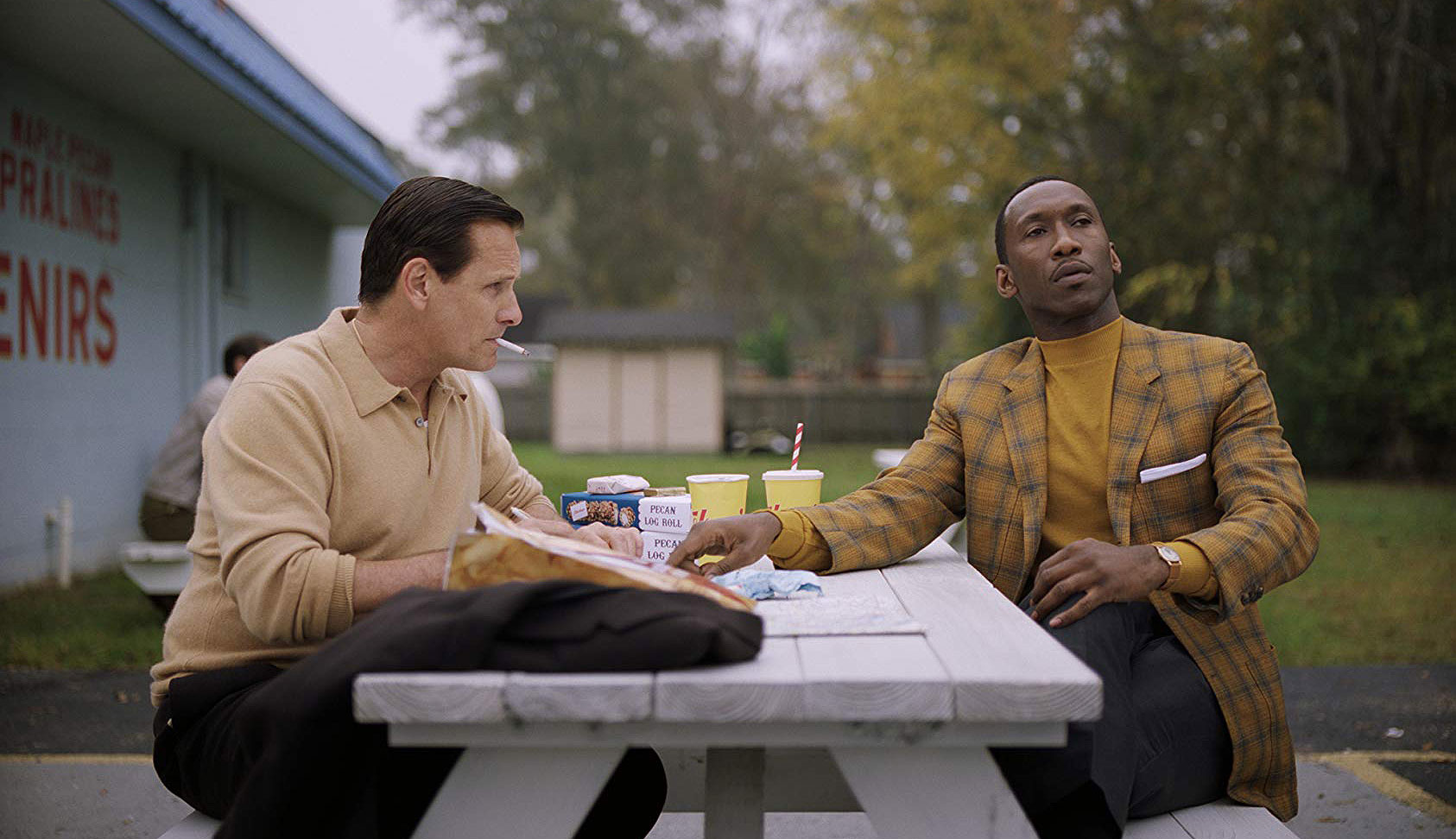 Watch enough movies from year to year, and it’s easy to see patterns and trends emerge. In 2018, one of the most interesting trends we’ve seen at the theater is directors seemingly content to step out of their expected lane. Paul Feig made a mystery thriller with “A Simple Favor,” Steve McQueen’s “Widows” is a slick heist flick, and Luca Guadagnino followed up the romantic drama “Call Me by Your Name” with a phantasmagoric remake of “Suspiria.” And now, Peter Farrelly, one half of the comedy directing duo that dominated the ‘90s with “There’s Something About Mary” and “Dumb and Dumber,” has decided to take up the mantle of the prestige biopic just in time for awards season.

Inspired by a true story and set in 1962, “Green Book” follows Tony “Lip” Vallelonga (Viggo Mortensen), a New York Italian in the classic Bronx mode who’s looking for some side work when his main gig as a bouncer at the legendary nightspot The Copacabana is interrupted while the club is closed for renovations. He’s hired to be a driver and general bodyguard for Dr. Don Shirley (Mahershala Ali), a world-renowned concert pianist set to tour the segregated and virulently racist South. Shirley knows this is likely to be a bad scene for a number of reasons and takes to Tony’s blunt, gangster-like way of dealing with problems, though he always goes out of the way to ensure that his valet acts with integrity. Over the course of two months, the two men, who could not clash with each other more if they tried, are destined to learn from one another and come out the other side changed.

That plot summary sounds pretty basic, and it will not be controversial to claim that the script, credited to Farrelly, Brian Hayes Currie and Nick Vallelonga (the actual Tony Lip’s son), does not take many chances. A perfect distillation of both a road movie and a race relations movie, “Green Book” sets up its odd couple paradigm quickly and never wavers from its course. It’s the sort of movie where every beat can be predicted ahead of time and is far more interested in pleasing its crowd than challenging it. That’s a bit of a shame, as the central conceit is a little deeper than promotional materials may have let on.

True, “Green Book” is predominantly a story about race, but it’s also a story about class, with Ali’s character living in a palatial apartment above Carnegie Hall (he conducts his interview with Tony from a literal throne), while his white counterpart comes from a rough-and-tumble working class family more comfortable with solving problems with fists than words. This effectively makes Shirley a man without a community. He must contend with the same prejudices and segregated practices as the fellow men who share his skin color (the film’s name comes from a traveler’s book written for black people to let them know where it’s safe to stay in the South), but his culture, his dress sense and his moneyed experience alienates him from those same people. That’s a fascinating hook on which to build a tale, and it makes it all the more frustrating that this film is comfortable doing so little with it.

A lack of ambition is a pretty notable strike against the film’s quality, but one thing that’s undeniable about “Green Book,” even taking into account its terribly schmaltzy score, its generic and predictable plot beats, its knack for bringing up side plots only to immediately abandon them, and its often surface-level depiction of race and class relations in a pre-Civil Rights South, is that the final product is an eminently watchable film. Thank Ali for that, whose quiet and soulful dignity adds a bit of quality to the otherwise unremarkable storytelling. His role requires some intense juggling, a haughty elitist demeanor hiding vulnerability and crushing loneliness, as well as the understanding that he has no one to rely on. And Mortensen, for his part, sure is committed to being the most stereotypical New York Italian he could possibly be, sounding like all the knockoff wise guy impressions of a post-“Goodfellas” world. It borders on parody, which ends up standing in the way when he has to carry some of the serious emotional load. Sure, it’s entirely possible that the real Tony Lip sounded just like that. Hell, he was even an actor in “Goodfellas,” and he sure does go for it. There’s something to be said for his mumbly-mouthed conviction.

In the end, “Green Book” follows capably in the footsteps of other race-focused melodramas (see “The Help,” “Hidden Figures,” “The Butler” and so on and so forth), but it doesn’t have the staying power of some of the better examples of the genre like “Loving” or “Driving Miss Daisy,” because it’s too concerned with staying in its lane. There are moments where “Green Book” attempts to do something novel, but it’s rare that it has the interest or conviction to follow up on it. Farrelly remains content to provide a simple and safe snapshot, glossing over each moment until it all merges together into a bland “we’ve seen this all before” experience. “Green Book” is not a painfully bad movie, mind you. In fact, it’s a perfectly acceptable yet aggressively mediocre studio drama. There’s room in this world for movies not built to challenge its audience, but stories about race in the current climate are arguably more important than they have been in some time, and in that sense, “Green Book” comes up way too short.