Trending
You are at:Home»Entertainment»Movies»Movie Review: “The Front Runner” 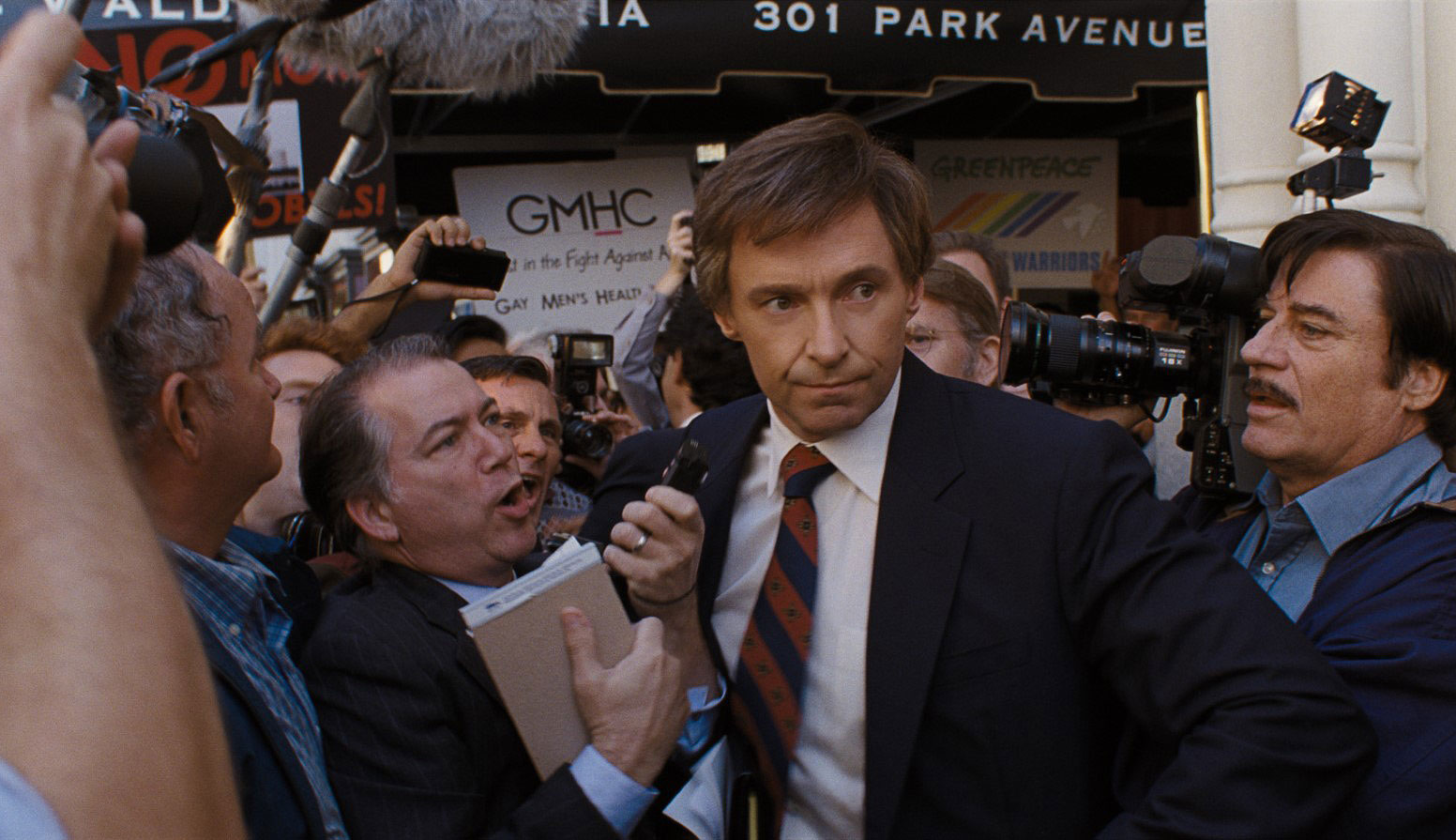 What is the expectation of privacy for a public figure? That’s the question at the center of “The Front Runner,” Jason Reitman’s dramatization of the week that ended Colorado senator Gary Hart’s 1988 presidential campaign. Hart (played here by Hugh Jackman) was a rising star in the Democratic party throughout the ‘80s, and he came into the 1988 primary as the presumptive favorite. Hart was an inordinately private person with a rocky marriage to his wife Lee (Vera Farmiga), but he was also an undeniable presence and public speaker with a message that cut to the core of the rot festering beneath Reagan’s America. It wasn’t a case of if he’d win the Democratic nomination (and indeed the presidency) but when.

That is until some small time reporters from the Miami Herald (Steve Zissis and Bill Burr) stumble across a rumor that Hart had a tryst with a young woman named Donna Rice (Sara Paxton) during a weekend in Washington, D.C. This is a time when the flashy tabloid tales of politicians were considered below the press, as explained by the Washington Post‘s Ben Bradlee (Alfred Molina), and it’s safe to say Hart isn’t thrilled about his dirty laundry being aired for all to see. Despite the urging of his chief of staff (a fiery as always J.K. Simmons), Hart soldiers on, confident in his belief that the civilization of the press and their lack of interest in events within the bedroom will win out.

The script for “The Front Runner,” written by Reitman, Matt Bai and Jay Carson, has one clear weakness: it can’t seem to decide what position it wants to take. At times, it moralizes about the predatory nature of the salacious press and the loss of decorum that comes from reporting on private lives and the things public figures do behind closed doors. At other times, it considers the collateral damage of the family, friends and staff around the disgraced politician, as well as the evolving role of the press in an increasingly technological world. And it’s clearly a film that wasn’t created in a vacuum of our current political climate, making all sorts of side-eyed, anachronistic references to the mire that is politics in 2018.

It’s commendable to cast a wide net at times, especially when dealing with the lives of real living people, but Reitman’s attempt to do so means each angle is barely skin deep. The Miami Herald reporters are characterized as bumbling fools, undercutting whatever journalistic points they feel they need to make about the scandal. But Hart is just as flawed, lashing out at staff and reporters with an insufferable indignance, refusing to even recognize the change everyone else sees coming. There’s even time spent reckoning with the ramifications that Hart’s actions have on Rice and his family, who could be argued as the true victims of this whole farce, but they don’t give it enough time to make it meaningful.

Jackman, as the center of this maelstrom, is capable if not the most dynamic presence. He’s a charismatic actor, which plays well when establishing him as a presidential front runner, but as his world begins to crumble around him, he gets a couple of fiery, Oscar clip speeches that don’t land the way they’re clearly supposed to. He suffers from the film’s lack of direction and seems to be a bit too overtly angling for an awards season run. It probably doesn’t help that he’s the only character in the movie who has some teeth.

It’s a huge cast of characters, just about all of whom are reduced to cameo roles. Farmiga is little more than the wife harried behind the scenes. We see how the scandal hits home, but we don’t get enough of a sense of her as a character to glean any unique insight. Arguably, the two who come out of “The Front Runner” the rosiest are Paxton and Molly Ephraim, who plays Hart’s only female staffer of note and forms a bond with Rice during the fallout of the affair. But even that storyline goes nowhere (though it does result in the film’s best sequence), and neither of them get the resolution they deserve.

It seems clear that Reitman is angling for a Sorkin-esque recontextualization of when scandal politics took full control of the election cycle, but the movie doesn’t have a strong enough point of view to pull that off, falling into the same pitfalls that modern news media has by focusing too much on playing all sides as equal. The real world is a messy place, and although it might have been too pat if “The Front Runner” had focused solely on the death of the classical political press, it would have been a more unified and engaging film for it, even if it would have potentially been a compromised one.

On the surface, “The Front Runner” should be the sort of film that follows in the footsteps of “All the President’s Men” and “The Post” (from a fourth estate perspective) or “Network” (from a media’s-gone-too-far perspective). The movie we got instead is a breezy and easy watch, but it ends up failing to deliver and pleasing no masters, amounting to little more than a relic of the past that can’t quite get its act together enough to make a point.