Trending
You are at:Home»Lifestyle»How Sound Effect Influences the Success of a Movie 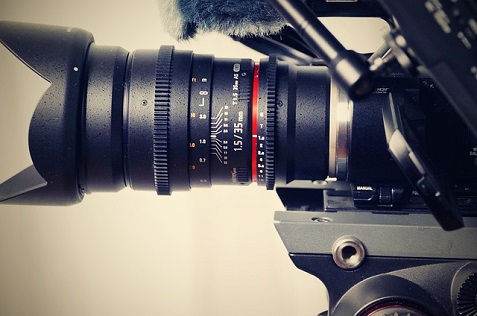 Are you curious about how sound effect influences the success of a movie? Then read on to find out more about how this important feature of movies affects how well a movie does in the theater. You can be sure that sound effect will be an important part of what a movie can be, and its success is largely dependent on how well this part of the movie is handled by the directors and producers.

The Sweetness of Musical Effects

There are many great places to learn more about how sound effect affects the overall success of a movie, but there are other things we can learn here today, in this article. Also, if you’re interested in checking out Bax Shop, where you can learn more about the nuances of background music. Music really makes the overall success of a movie sweeter, and it enhances the audience’s perception of the scenes that have music in them. If you’re looking for emotion, especially in a movie, you can’t go wrong with music. Music makes a film more unique, and it also creates a sense of contrast with the visuals that are part of the movie’s appeal. So, music’s sweetness makes the movie even more successful for the viewers.

The Contrast with Silence

There may also be some silent moments, and these will provide a contrast with the music to make sure the audience gets the full effect of the sound. The audience/viewers may also experience other sound effects like the wind, the doors shutting, the sound of traffic, etc., and this adds to the audience’s experience of the movie’s success. When the music isn’t playing, the other sound effects create a contrast that works to make the viewer’s experience better and more successful.

In the film industry, sound effect is key to creating a successful movie. One of the major goals a director and producer has is to create a great soundtrack that will provide the viewer or audience member with plenty of emotion and interesting accompaniment to the scenes that are being shown on the screen. As you may know, the music we listen to has a big effect on our feelings and emotions, and directors and producers seek to help this process out by adding the perfect soundtracks to their creations.

As you can see, sound effect influences the success of a movie to a great degree. If you have a wonderful soundtrack, it can really enhance the viewing pleasure (and, of course, listening pleasure) of a movie. The sound effects will create a contrast with the silent moments of the film, and they will also create a sense of emotion that follows the plot or storyline. This is key in the film industry to creating a successful movie, and no director or producer would be a good one without paying attention to this very important part of the movies they produce.