Trending
You are at:Home»Entertainment»Movies»Movie Review: “Mid90s” 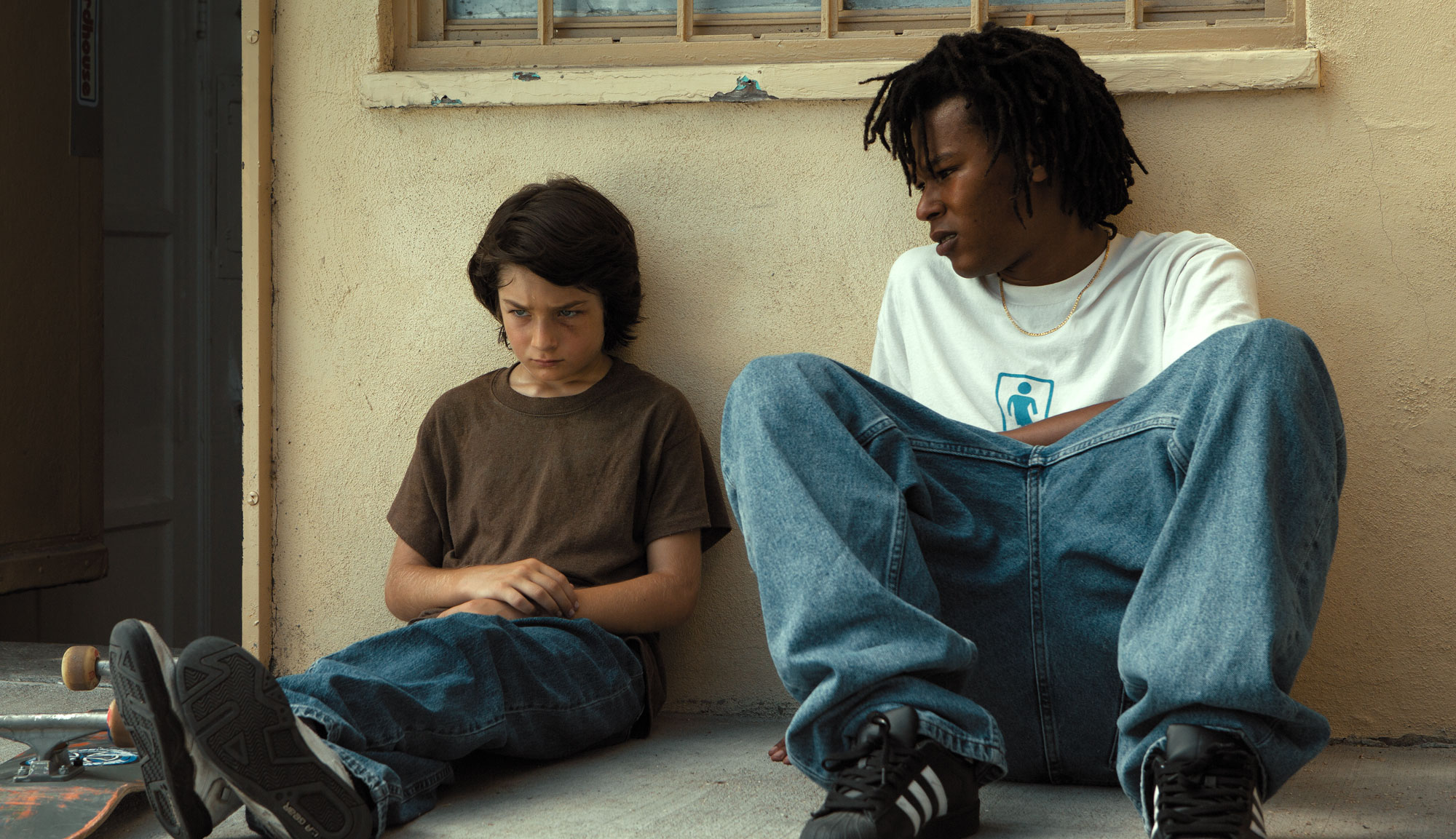 It’s always fascinating to see how actors adapt when they move from working in front of the camera to behind it. Last year saw Greta Gerwig make the leap with aplomb with “Lady Bird,” and only a few weeks ago, Bradley Cooper joined the fray by mounting his version of “A Star is Born.” In some cases, these projects can seem like little more than a vanity project – an opportunity for an actor to assume full control and make what he or she wants without having to kowtow to a director. In other cases, they have a story they want to tell and have the cred in Hollywood to do it themselves. The latest famous actor to throw his hat into the fray is Jonah Hill, who has written and directed “Mid90s” for A24. Hill’s acting career has become increasingly varied and daring, graduating from silly comedies like “Grandma’s Boy” to Oscar-nominated roles in “Moneyball” and “The Wolf of Wall Street.”

For “Mid90s,” Hill stays entirely behind the camera to tell the story of Stevie (Sunny Suljic), a young kid who struggles at home dealing with his violent bully of an older brother (Lucas Hedges) and his caring but somewhat absentee mother (Katherine Waterston). He spends his days staying as far away from them as possible, hanging out at a skate shop downtown watching from afar as the local kids watch skate videos and smoke cigarettes. Ruben (Gio Galicia) is only a little older than Stevie and sells him a beat-up skateboard so he can join them. They all look up to Ray (Na-kel Smith), the oldest and best skater of the crew, and they soon take Stevie under their wing. What follows is the summer of his life as he skates, goes to parties and undergoes a lifetime’s worth of experiences in a few months.

It’s clear what Hill is going for here. Born in Los Angeles in 1983, Hill spent the majority of his formative years in the decade and location in which “Mid90s” is set, and he obviously has a halcyon image of that era in his head. It’s a simpler time – one where kids weren’t buried in their phones and could spend all day out of the house without adult supervision as long as they got home by eight. The film has an often languid pace, comfortable enough to just have Stevie watch these kids skate in awe, hoping that he can be as cool as they are one day, even if that means smoking, drinking and doing drugs at a shockingly young age (Some moments feel like a slightly less depraved version of “Kids.”) It’s a decent concept, but the concept alone doesn’t have the heft to carry a movie. Something like “Mid90s” needs the weight of its story and performances to elevate it above being just a nostalgia pastiche, and it’s here where Hill comes up short.

There just isn’t enough going on under the hood. The premise is easy enough to understand: A young boy with a rough home life finds solace in a slightly older group of skaters who take him under their wing during a fateful summer in the mid ‘90s. But we never really learn enough about everyone over the film’s svelte 84 minutes. Stevie’s home life is where the film especially stumbles. It’s honestly impressive that Hill managed to be the first person to make a Lucas Hedges performance uninteresting in his young and accomplished career, and Katherine Waterston doesn’t fare much better. They are the two most recognizable members of the cast, and both are barely more than window dressing. It’s fine that Hill wants to focus on the young unknowns, but the characters that Hedges and Waterston play are fundamental to buying why Stevie is so thirsty for rebellion, and it doesn’t work in the slightest.

The film is shot in a 4:3 aspect ratio, presumably to hearken back to the VHS skate videos of the time, but Christopher Blauvelt’s work doesn’t take advantage. It’s nothing more than a reference. Trent Reznor and Atticus Ross provide the score, and the same sort of cold, synthy work that became their calling card via “The Social Network” is good but doesn’t fit at all with the 90s aesthetic and needle drops. It’s a loosely stitched together sequence of experiences without the connective tissue to make it work as a story.

As such, “Mid90s” feels like an exercise in nostalgia and nothing more. It’s an excuse to make a bunch of references to Super Nintendo games, use a bunch of language that isn’t remotely okay in the modern day (the use of the f-word is period appropriate but feels incredibly uncomfortable now in a way that breaks the film’s spell immediately) and watch people skate. It has some laughs, and a few of the performances are pretty great (Smith is especially good, wise beyond his years and the most charismatic presence of the cast), but none of it amounts to anything. It has no staying power, no reason to exist. As a first-time director, Hill does not bring enough to the table, especially coming on the heels of “A Star is Born,” which is a far more accomplished debut feature for an actor. It’s unlikely “Mid90s” would have been greenlit without a name like Hill’s behind it, and it’s clear that it would have been better off not seeing the light of day.