We’re just going to come out and say it: there are times when we all want to feel a bit manlier. We’re not suggesting there’s anything wrong with being a modern-day metrosexual, but sometimes we just need to feel that urge to hit the gym, build those muscles, and pack some punches (metaphorically, of course).

It can strike at the most innocuous of times: after a Starbucks hangout with the boys, when you’ve given in to the temptation to have your monobrow plucked, or when you’ve had a hard day at work and feel more like a doormat than a 21stcentury action hero.

The best way to sate this feeling is simple: with a good old-fashioned macho film. So here are four of the manliest marvels you’re ever likely to see… 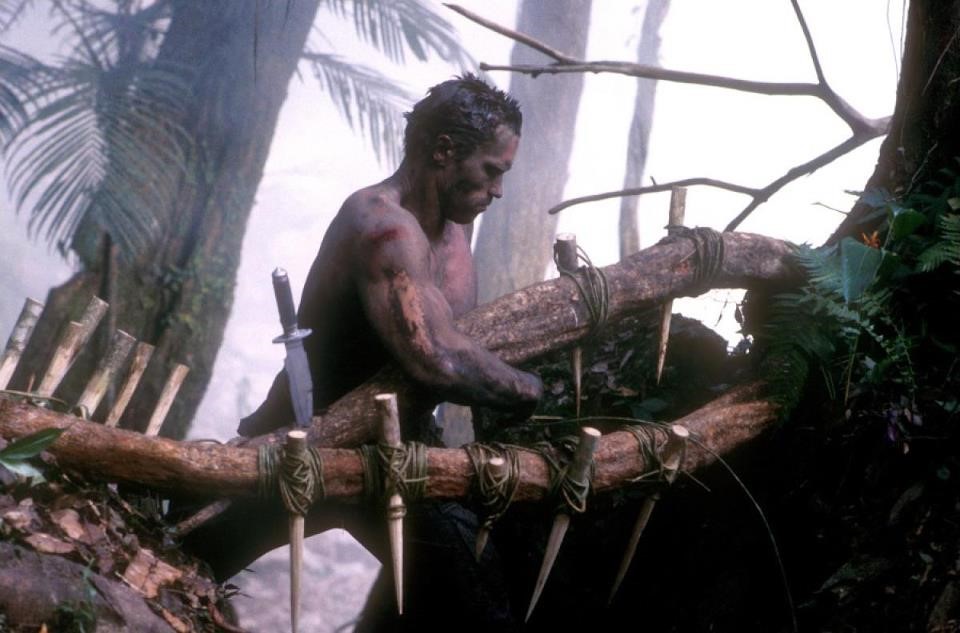 Following the time-honoured tradition of an all-action man gang, a dangerous foe, and some witty dialogue, Predator features a team of seemingly invincible tough guys as they aim to overcome an otherworldly adversary – an alien hunter who’s landed on earth with the sole purpose of tracking down the deadliest game in existence: us. With a cast led by Arnold Schwarzenegger at his swaggering best, this is a tale with a healthy serving of muscle men, mercenaries, and killing machines galore! What could be more manly than that?

Telling the story of a tough-as-nails cop sent to infiltrate a degenerate gang of bikers, Stone Cold pits ex-NFL player Brian Bosworth’s protagonist against Lance Henriksen’s Chains, the sinister leader of The Brotherhood. With spine-tingling showdowns, a gritty story, and an action hero who earns every accolade under the sun for macho magnificence, it actually makes for a really great watch. It even manages to incorporate the holy trinity of 90s masculinity itself: muscles, mullets, and motorcycles too.

Quite possibly the most famous gambling film of all time, Casino features some of the most macho men to grace the silver screen: Robert De Niro and Joe Pesci. That said, its gritty story and fantastic script make it so much more than a second-rate ode to muscles and manliness. Charting the standoff between a casino owner with mafia ties and the psychotic enforcer whose increasingly erratic behaviour threatens everything he’s built, it blends towering performances with some of the most superbly shot and acted scenes in cinematic history. If, at its close, you’re inspired to show your macho credentials with some real money gambling of your own, hurry! The best deposit bonus deals won’t be there forever.

Part cartoon, part live-action flick, and all macho muscle-fest, 300 is a high-octane take on the real-life battle of Thermopylae. Following a heroic band of Spartan soldiers, it shows these ultimate action heroes defeat their Persian enemies despite impossible odds. With just 300 men to stand against tens of thousands of foes, its invincible A-team forges ahead regardless, never showing a moment’s fear or weakness. Concerned more with fun than maintaining any sort of historical accuracy, the film is nevertheless a perfect ode to old-fashioned masculinity.

The next time you find yourself in need of a macho boost, which movie will it be?