Trending
You are at:Home»Entertainment»The Death of Superman: On the 11th Year, He Will Be Rebooted 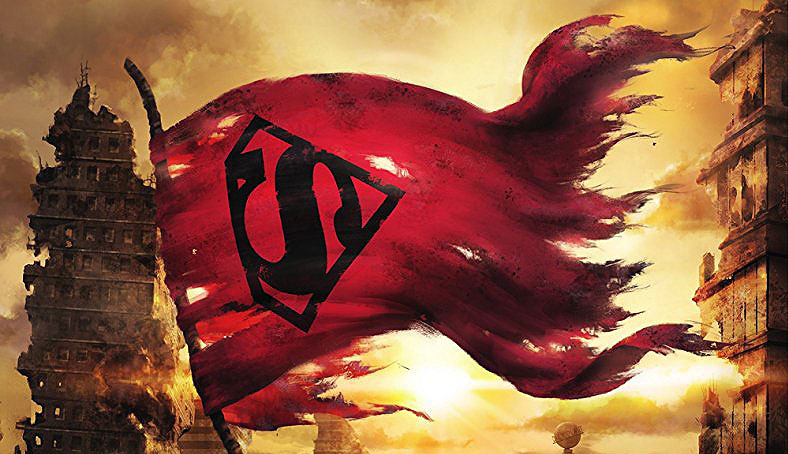 If you had told my Silver Age eighth-grade self that someday they’d make a movie about, say, Green Lantern or a super-villain team-up  flick that included the Joker, and I wouldn’t even bother to see them, I’d have been offended and argued that superhero comics were a legitimate form of entertainment I would never outgrow. But here we are in a world where superhero movies are actually crowding out other kinds of movies to the point where semi-recovering fanboys like myself are kind of beyond blasé, especially if they relate to DC Comics. Back in the dark ages of bowdlerized, non-violent, Saturday morning superhero fare like “Superfriends,” I would have been equally stunned if you’d told me that feature-length animated takes on DC’s Batman, Superman and the Justice League would nearly always be better than the live-action iterations. I’d reckoned neither with the technical and creative revolution in TV animation nor the likes of Zack Snyder.

Available for streaming since July and on Blu-ray today, “The Death of Superman” is the latest effort from the DC Animated Universe, and it can hold its head high among the overall glut of super-powered drama. This is the first time since 2007 that Warner Bros. Animation has taken on the ballyhooed storyline that this already grown-up comics snob had turned his nose up at back in the 1990s. I was busy with Neil Gaiman’s “Sandman,” Dan Clowes’ “Eightball,” Peter Bagge’s “Hate” and the like. Apparently, I was missing out on an affecting story, even if, as any sensible adult or savvy child would know, there was no way that the man from Krypton was going to stay dead for any appreciable length of time, no matter how doomy the monster named Doomsday actually was.

Watching the Comic-Con premiere of the new “Death of Superman,” it was pretty clear that the creative goals discussed at the roundtable I sat in on with the creative team had been achieved. That might sound like faint praise, but they told us they were going for emotional heft and visceral punch to match the many literal punches inflicted against Superman and his Justice League super colleagues by an unthinking destroyer, and that’s what viewers get.

The humor isn’t on the same level that late screenwriter Dwayne McDuffie’s wit brought to 2010’s “Crisis on Two Earths,” but the feature offers us plenty of heart while deftly balancing out its science fiction and action elements with a not-too-soapy retelling of the love triangle between reporter Lois Lane, Superman and the strangely muscular, classically handsome, bespectacled nerd named Clark Kent — a set-up that, by now, is as familiar as the premise of Romeo and Juliet. “The Death of Superman” is not afraid of risking boring the kids by mining a meet-the-parents dinner with Ma and Pa Kent for a bit of heartache and mild humor. However, it’s smart enough to give us plenty of Justice League brawling with such all-stars as The Flash (Christopher Gorham), Green Lantern (Nathan Fillion), Cyborg (Shemar Moore), Martian Manhunter (Nyambi Nyambi) and an old-school ginger Aquaman (Matt Lanter). And, yes, grumpy ol’ Batman (Jason O’Mara) is a prominent player as usual, as is a certain newly popular Amazonian.

The performances of Lois and Clark/Kal-El by real-life marrieds Rebecca Romjin and Jerry O’Connell work as well as you could hope for, even if, as the pair admitted to us journos, their voice tracks were recorded separately. However, with all due respect to a stellar cast that also includes Rainn Wilson as a suitably venal Lex Luthor, Rosario Dawson as a sexy and wise Wonder Woman (Superman’s ex in this retelling) and Fillion as Green Lantern, it’s up to the animators, co-director Sam Liu – who managed the more dramatic parts of the story – and action specialist Jake Castorena to create the chemistry. The latter does an exemplary job staging the final fight between Superman and Doomsday and keeps us involved up to the not-too-cliffhangery ending, which invites comparisons with the story of an even better known, temporarily dead, figure. This might be the perfect Easter present for the aging Christian fanperson of your choice.

It’s not all hearts, flowers, punches and holiday peeps, however. The over-emphasis on musculature in the character designs by Phil Bourassa may be a problem. I might be an old fogey in preferring the more human-looking appearance of Supermen of old, but it bugged me that both Supes and Clark looked as if they were about to be choked by their own neck muscles. On the other hand, character designer Bourassa’s work has apparently gone over well with fans on prior DC animated efforts, so I suppose there may be no fighting the ultra roided-out approach to anatomy that began in comics during the 1990s and never really disappeared.

My quibbles, perhaps based on memories of the Max Fleischer Superman and whatnot, don’t matter. Only idiots feel like retellings of the stories of their youth have to hew to their own idea of what the “real” version is. No movie or television show can harm any other movie or television show, and they certainly can’t destroy anyone’s childhood. However, revisiting the stories of your youth and not thinking too much about the old ones can make your adulthood a little more fun.

Tags: The Death of Superman