Trending
You are at:Home»Lifestyle»5 Reasons to Play Airsoft 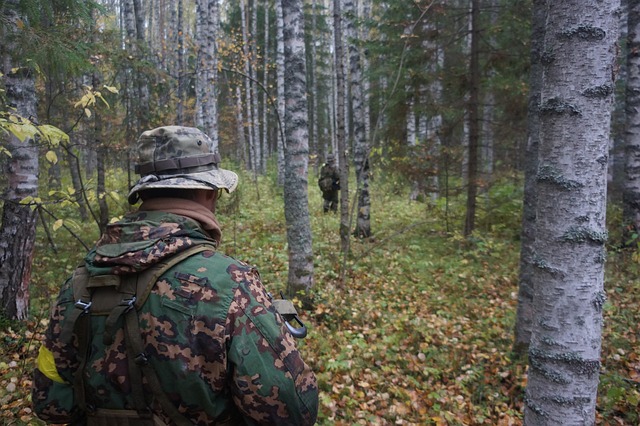 I was indoors the other day and I happened to come across a past film I hadn’t watched in my movie CD collection. “This Means War” was the title of the movie. I like to be briefed and abreast with what I’m watching, so I took a quick gander at what IMDB had to say about the movie. Seeing that it was about two CIA operatives at war because they were dating the same woman, I liked what I saw. It becomes even more interesting when Tom Hardy (Tuck) takes the mutual date for an adventure to a paintball playfield at the CIA or something. Well, long story short, that’s when I discovered how interesting ‘fake gun’ games can be, especially for someone who’s always wanted to shoot guns. Maybe you’ve used water guns, paintball and even paint guns before, but there are a couple of reasons you’d want to play Airsoft. So what exactly is the game all about and why would anyone want to play it?

Starting with what the game or sport is about; here are 5 reasons to play Airsoft.

Airsoft is an extreme kind of sport that in many ways resembles the popular paintball. If you ever played cops and thugs during your childhood, you get a general idea. The game basically involves two teams in battle with each other. The players use guns known as Airsoft guns, which are literally more sophisticated than paintball guns, but they’re not live bullet guns either. The main idea is to indulge in extreme physical activities and learn sophisticated combat techniques. There’s more to it than just the physical activity and adventurous feel.

This brings us to some of the reasons you’d want to play Airsoft.

1. An Experience to Dread For

It is the general nature of Airsoft that separates it from comparable sports such as paintball. Well, while the firearms are non-lethal, they offer a largely unique experience compared to other sports such as where goals and request are used. Plus the feel and nature of combat are basically more intense than the one experience in paintball. As an air-softer, you’ll regularly find yourself in the middle of firepower from all directions from other players. This invites that need for adaptation and change in battlefield tactics.

Location is one of the most important factors that determine how much enjoyable a sport is. For instance, sports such as football cannot be played in the woods. To be precise, some sports are more versatile than others. Another major reason you’d want to try Airsoft is that it can be played almost in on any type of terrain. Whether it is the woodlands, desert, or urban terrains, the environmental versatility of this combat shooting sport is enormous. This means that players can take their adventure to a wide variety of game sites and become more flexible in their combat approaches and techniques. Switching from one game site to the other also tends to keep the game fresh and more exciting. There are also various types of Airsoft games to pick from.

If you refer to the example given in the introduction above about the 2012 Movie, you’ll see how easy it is to notice when someone gets hit during paintball. This is because, in the place of bullets, the fired ammunition used in the place of bullets is large impact-exploding paintballs. When you get hit, the ammo marks you with a blotch of paint and you’re either out of the game (eliminated) or you’ll have to play dead. With Airsoft, it is a bit different. It is mostly the player’s responsibility to call their own hits. From this perspective, you can easily weigh your own dignity or that of others. It also means that playing Airsoft can be a great way to teach yourself some discipline since not everyone will see or notice when you get hit yet you can always call the hit. As a matter of fact, players who are fond of not calling their hits are eventually caught, which is painted a bad light on their degree of integrity and honor. Nonetheless, lubricant-coated bbs that leaves a mark once a player has been hit are today available.

4. You Get To Meet New People

As earlier hinted, Airsoft is not a one-man sport. It is rather a multiplayer physical game that brings more than just a few people together. This means that playing Airsoft could extend your social circle and even open up more windows and doors in both your social and career life. This is mostly because it is a fun, engaging, and physically involving sport that involves teamwork most of the time.

Well, when it comes to matters cost, paintball is the most appropriate game to compare to Airsoft. For starters, the cost of ammo in Airsoft is cheaper than in paintball. On 5000 rounds, for instance, an Airsoft player spends somewhere between $10 and $20. This is only a fraction of the cost considering that a paintball player spends approximately $30 for only 2,000 rounds of ammo. Additionally, Airsoft guns cost much less compared to their paintball counterparts. As a matter of fact, you can get an Airsoft gun for as little as $20 to as much as $1,000 or more. Click here for the best Airsoft guns of 2018. This means that the range is quite flexible to accommodate the needs of people in different financial situations. Its cost-effectiveness makes it a more accessible and budget-friendly sport. And what’s a better reason to play a sport that cost-effectiveness?

In summary, Airsoft is an interesting game with a multitude of reasons to play for everyone. Apart from cost-effectiveness, the social aspect, honor, versatility, and the uniqueness of the experience, Airsoft is also customizable and suitable for all weather. It is also suitable for all ages irrespective of gender. However, there are rules to follow when playing the sport. For instance, you should always wear protective gear covering your eyes, face, and body. Being a sport, you’re also supposed to play by the instructions of the referee and the governing rules of the specific game site.