Trending
You are at:Home»Lifestyle»Tony La Russa Provides Service Dogs for U.S. Veterans – And Needs Your Help 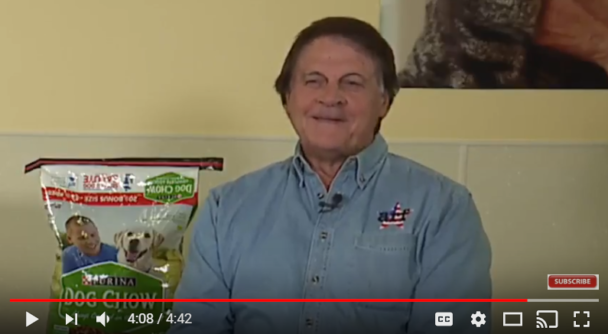 Each year, thousands of military veterans that suffer from PTSD return home and begin their readjustment into civilian life. With the belief that no viable solution is available, less than 40 percent of affected veterans seek treatment.

ARF has partnered with Purina Dog Chow to launch the Service Dog Salute campaign and help provide more service dogs to those needing them.

In this video, Tony tells us about why his World Series winning Oakland Athletics and St. Louis Cardinals teams were so successful, describes his friendship with New England Patriots head coach Bill Belichick, and how he was one hit away from raising his career .199 batting average over the Mendoza Line.

How can you help ARF and Tony? For each purchase of a specially marked bag of Purina® Dog Chow® Complete Adult with Chicken from July 4 to November 11, Purina will donate five cents to the Animal Rescue Foundation

For every unique Facebook share of this video from July 4 to November 11, Purina will donate $1 to the Animal Rescue Foundation

More information is available at www.DogChow.com/Service.