Trending
You are at:Home»Entertainment»Movies»Movie Review: “Incredibles 2” 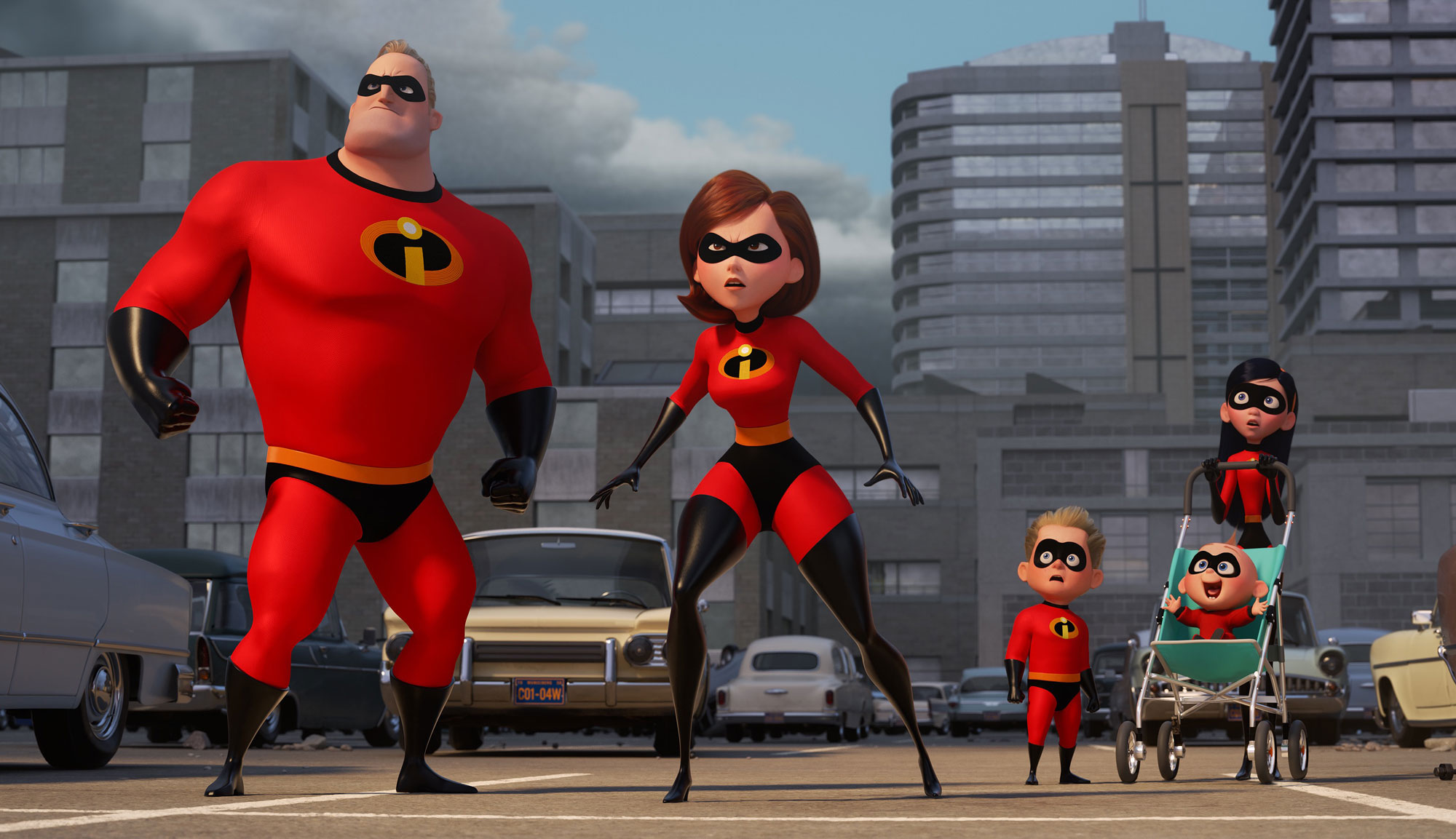 When “The Incredibles” hit theaters in 2004, it was arguably the greatest superhero movie of all time (and remains at or near the top of the list to this day). Between the pulse-pounding action sequences and the family story at its core, Brad Bird’s Pixar debut was a game changer on a number of levels. When years had passed without a whisper of talk regarding a follow-up, it made sense. After all, walking in the shadow of that film is a fool’s errand, and yet, everyone still wanted them to try. And here we are.

“Incredibles 2” didn’t have much of a chance of surpassing the original, but that wasn’t for lack of trying on Bird’s part. He came awfully close to recapturing the magic. Elastigirl has several show-stopping action sequences, while baby Jack Jack steals the show as his powers begin to reveal themselves. The film’s biggest issue is the villain. They’re simply not as engaging as Jason Lee’s Syndrome, and as “Kingsman: The Secret Service” established, a movie is only as good as its villain.

Picking up seconds after the events of the first film, Helen “Elastigirl” Parr (Holly Hunter) and Bob “Mr. Incredible” Parr (Craig T. Nelson) try to stop the Underminer’s assault on the city. They succeed in minimizing the damage but fail to capture him, and as a result, all government programs involving supers are shut down, giving the Incredibles two weeks to get a job or else they’re homeless. Billionaire tech guru Winston Deavor (Bob Odenkirk) has an idea to restore the supers’ “brand” by putting Elastigirl front and center and giving her the resources to succeed with the hope that her success will turn the tide of public opinion.

This relegates Bob to the bench on the supers front while simultaneously making him the go-to guy for their three kids, neither of which is a position Bob is used to playing. While Helen is dealing with a hypnotic hacker who’s turning ordinary citizens into agents of destruction, Bob is trying to keep everything back at home running as smoothly as he can, though he hits a rough patch when Jack Jack’s powers manifest.

There’s a bit of a #metoo thing happening here. The Parr men both take back seats to the women this time around, quite literally flipping the script on the first film. Winston chooses Helen to lead the supers’ revival for many reasons, but chief among them is the fact that Bob simply broke more stuff than Helen did (sly joke about toxic masculinity, perhaps?). Violet (Sarah Vowell) gets a larger storyline than Dash this time (remember, she was still finding herself in the first film, while Dash was well aware what he was capable of) mainly because she’s a teen, and watching Bob deal with her sullen angst when it comes to cute classmate Tony is a gift for the grown-ups that keeps on giving. The scene in the kitchen – adults will know it when they see it – is comedy gold.

That villain story, though, is troublesome. In addition to the motive being visible all the way down Broadway, it’s just not as compelling as Syndrome’s rationale for usurping the supers in the original film. And if that wasn’t enough, the voice casting sealed the deal. Once I identified the actor, I knew they were the baddie.

And then Bird turns around and delivers a couple of knockout action set pieces, one involving Jack Jack and another featuring a new super named Void (also female) who would make Doctor Strange weak in the knees. They are just about enough to erase the shortcuts that the storytelling takes. Just about.

For a studio that is as fearless as anyone when it comes to original ideas, they are surprisingly timid when it comes to making sequels of those same fearless ideas. When one thinks of the greatest sequels, they don’t think of the films that repeated the same beats as the original; they think of the films that one-upped the original. “Incredibles 2” is one of the better sequels Pixar has made to date, but that is damning the film with faint praise. If we’re being honest, there is “Toy Story 3,” and then there is everything else, with “Incredibles 2” a few steps ahead of everything else.