Trending
You are at:Home»Entertainment»Movies»Movie Review: “Ocean’s 8” 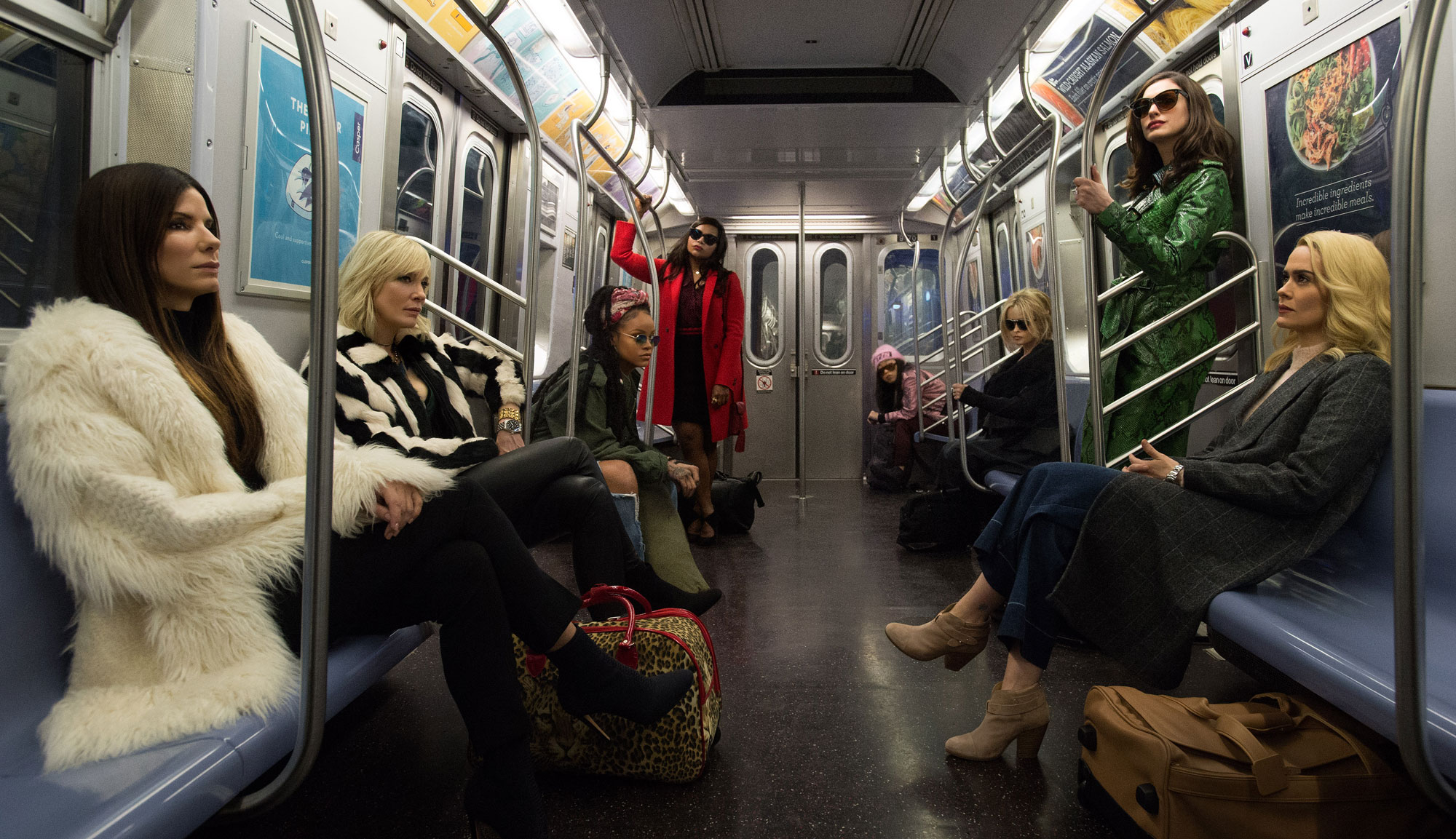 Back in 2001, Steven Soderbergh remade “Ocean’s 11” into something of his own, launching a terrific trilogy bursting with charisma and escapism. Seventeen years later, director and co-writer Gary Ross (“The Hunger Games”) pulls off a similar feat. While keeping the movie set in the world that Soderbergh established, Ross has produced a spinoff that completely stands on its own thanks to its dynamic, knockout cast.

The movie begins with Debbie Ocean (Sandra Bullock), like her brother Danny, sitting before a parole board and making her case for freedom. Debbie claims that she wants the simple life, but what she really wants is to pull off a heist years in the making involving the Met Gala and a diamond necklace worth $150 million. It doesn’t take long for Debbie to reunite with her longtime pal, Lou (Cate Blanchett), and put together a crew, all of whom have their own special set of skills. There’s the hacker, Nine Ball (Rihanna); the diamond expert, Amita (Mindy Kaling); the pickpocket, Constance (Awkwafina); Debbie’s former criminal cohort, Tammy (Sarah Paulson); and fashion designer Rose Weil (Helena Bonham Carter), who’s in need of cash and a comeback. Debbie and Lou hatch a plan to put Weil in charge of dressing actress Daphne Kluger (Anne Hathaway) for the Met Gala, as she’ll be the one wearing the aforementioned necklace to the event. But in order to pull off such an ambitious heist, the women will have to work together while also avoiding the swarm of celebrities and security.

Like most heist movies, there’s a lot of setup in “Ocean’s 8,” so there’s plenty of time to get to know Debbie and her crew. They’re mostly defined by their unique skills and personalities, and although each one is given time to shine, Kaling feels a little underutilized compared to the rest of the cast. Like Soderbergh’s original trilogy, there’s an indisputable wow factor to watching these stars play off one another, which is largely the appeal of the franchise. The actors keep your eyes glued to the screen and, more often than not, keep a smile on your face, bringing their own distinct charisma to the movie that ensures it’s always a lively affair.

Ross nails the winning and light-hearted tone of Soderbergh’s trilogy, and along with co-writer Olivia Milch, he brings a lightness to the plotting as well. There’s some drama, like Debbie trying to get even with the man (Richard Armitage) who set her up, but most scenes are played for fun. There’s never really a sense of danger in “Ocean’s 8.” The heist runs fairly smoothly even when obstacles arise, and if there is a problem, it’s quickly fixed by Debbie’s crew. They’re not facing off against an antagonist like Terry Benedict, which is a great choice that keeps the focus almost always on the team, but they don’t feel as challenged as the characters in the previous Ocean’s movies. Still, while the stakes may not be as high, the entertainment value certainly is.

Funnily enough, when a potential foe does come along in the form of James Corden’s insurance fraud investigator, even he doesn’t pose much of a threat. Corden’s character almost seems to admire Debbie Ocean, just like the rest of her crew. Watching a group of highly-skilled characters who genuinely enjoy each other’s company is immensely crowd-pleasing. It’s impossible to resist Debbie and her crew’s charms, especially Nine Ball and Constance, who get some of the biggest laughs in the movie. “Ocean’s 8” is as much about charisma as it is about a diamond heist, and the film never falls short in that department, resulting in the sort of buoyant, humorous and star-studded entertainment that we need in the summer.