Trending
You are at:Home»Vices»Drink of the Week: TCM Fest 2018 Salute #3 – When You Read this Letter 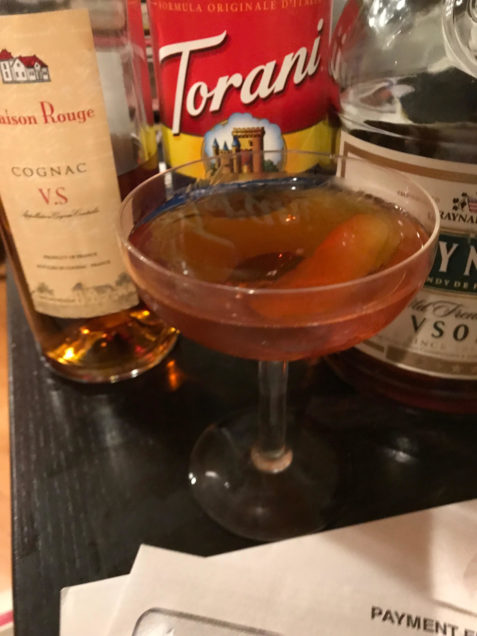 I feel pretty sure that Cognac must have been consumed by more than one character during the course of “When You Read this Letter,” and that’s good enough reason to build a cocktail around a little known, but actually kind of outstanding, melodrama directed by Jean-Pierre Melville.

A household name to film snobs and regarded as a key forerunner of the French New Wave, Melville borrowed the name of the author of “Moby Dick” and “Billy Budd” as a literal nom de guerre when he was fighting in the anti-Nazi resistance during World War II and kept the name for his film career. Today, Melville is known chiefly for a series of sometimes quirky gangster dramas that ranged from an oddly haunting 1956 heist picture called “Bob Le Flambeur” to an ultra-spare honorable-1967 assassin tale, “Le Samourai.” The latter launched the hitman flick subgenre and influenced Hong Kong action-master John Woo, among many others. “Army of Shadows,” which reflected his experiences during World War II, was reportedly rejected by French critics and audiences for mostly political reasons during the radical heyday of the late sixties. It later became a critical smash and an arthouse hit when it was restored and released in the U.S. in 2006.

Melville, we’re told, didn’t care a whole lot for his 1953 “When You Read this Letter” which is not a gangster film, but a tale of doomed romance blended with a quasi-noir existential crime thriller. It might have been that he felt the film was a bit too much like Hollywood — or the French “Cinema of Quality” that the young Turks of the New Wave had roundly rejected; it’s also likely he was not wild about the fact that  he was basically a hired gun on the film and that it belongs as much to screenwriter Jacques Deval as it does to him. Regardless, it’s a compelling tale that resonates today even though some of its characters behavior might seem pretty alien in the #MeToo era. 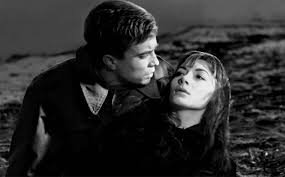 The film focuses on a beautiful, highly principled, and very buttoned-up novitiate (singer/actress Juliette Gréco) who leaves the nunnery before taking her final vows. The reason is that her parents have been killed in a car accident and she is needed to help her beloved and very attractive younger sister (Yvonne Sanson) manage things. The virginal young sibling then encounters Philippe Lemaire as a preening auto mechanic whose real career is as a gigolo, sociopathic criminal, and all-around douchebag. When he rapes her little sister, the formidable nun-in-training blackmails our lead douche into become a convincingly ardent bridegroom to the woman he nearly drove to suicide. It’s an arrangement that is not destined for success, especially when the douchebag develops a perverse love for the nun-in-training, which might not be completely unrequited.

“When You Read this Letter” is a evocative and engaging film that Melville should have been proud of. Lemaire is a strikingly magnetic and repellent homme fatale and Ms. Gréco’s creates a very convincing portrait of a woman who’s passion for God is challenged by her very earthly feelings for an extremely attractive, but utterly worthless two-bit criminal. The chemistry between the two leads was apparently real; the two stars married the same year.

“When You Read this Letter” is a movie about people who could use a drink. The stately and subtle sweetness of a decent brandy, mixed with the very bitter and medicinal flavors of Fernet Branca leavened by nutty sweetness seemed like the right way to go.

When You Read this Letter

Combine all of the liquid ingredients in a shaker or mixing glass. Add a large amount of ice, stir vigorously, and strain into a a chilled cocktail glass. Add the lemon twist, sip and congratulate yourself for not doing anything so bad in your life that you wind up ultimately getting your just desserts in a movie melodrama.

First of all, don’t leave out the lemon twist on this one. More than most drinks, this one really needs the subtle tang of lemon oil to bring the flavors together.

When You Read this Letter worked well with all three of the French brandies I selected, but my inexpensive default, Reynal, which is French brandy but not actually Cognac, worked the best for me — probably because it’s the driest of the three brandies I used. Martell and Maison Rouge VS are both Cognac and generally taste a bit better, but the sweeter flavor just didn’t blend quite as well. Sort of like if they had cast Danny Kaye and Judy Holiday in a  doomed US remake of “When You Read this Letter.” Actually, that might have worked, but it would have been weird