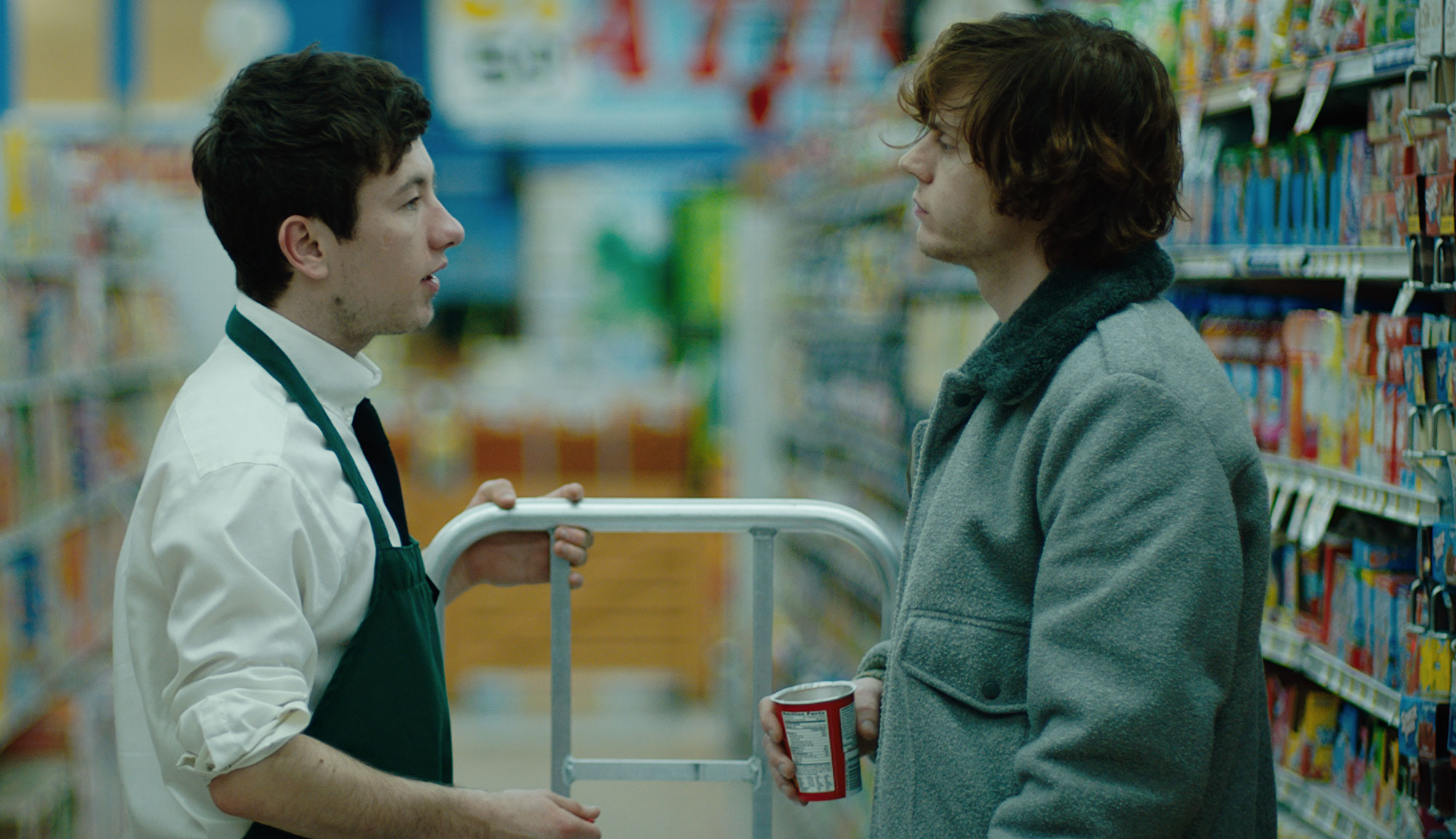 A lot can be learned from the stories people tell themselves. Not just the entertainments that cultures produce and digest, but also the personal narratives that go on daily in their brains. It’s an old saying that no one sees themselves as the villain, but it’s true that all people have a reason for their behavior and a way to rationalize what they do, sometimes lying to themselves to avoid facing the consequences and gravity of what they have become. There are so many biases, assumptions and lapses of objective perception that it becomes near impossible to find anyone who isn’t, in some manner, an unreliable narrator. Memories are malleable, and the brain in which they are housed are fallible, to produce differing versions of events.

This disconnect between intent and outcome, between the true and the false, is one of the cornerstones of “American Animals” from writer/director Bart Layton. A true crime story about a small heist gone awry follows teenagers raised on fantasies who find themselves facing very real ramifications for their actions. The film is a mixed bag that creatively mashes up documentary with narrative storytelling and features strong performances, but it ultimately feels too subdued and muddled to be of any real consequence.

Spencer (Barry Keoghan) and Warren (Evan Peters) are high school friends attending different colleges but facing the same boring existence filled with moronic fraternities, forgettable classes and athletics that no longer hold their attention. These products of upper middle class suburban life are sick of the mundane problems and wish they had some form of enlightening or defining adventure when Spencer happens upon books in his college library that are worth millions of dollars. What starts out as friends passing the time and vicariously living through fantasy soon becomes a very real action as they enlist two other friends (Blake Jenner and Jared Abrahamson) to help them rob the library and fence the rare books.

Previous to “American Animals,” writer/director Bart Layton has made a career out of documentary work in television and film. His last film, 2012’s “The Imposter,” was a documentary with a lot of dramatic re-enactments inserted throughout while tracing a twisting story about unreliable narrators and the dubious nature of identity. “American Animals” finds Layton making a narrative film about a true story intercut with interviews with the actual participants in the case as it navigates the waters of unreliable narrators. This isn’t a new technique — it was probably most famously used in 2003’s “American Splendor,” which also blended real and fictional characters and dialogue — but it is still well done in this film to help ground the story.

This grounded nature that constantly reminds viewers that what they are watching is a true story butts up against the more fantastical elements of the characters’ mindsets. Layton makes many references to a slew of crime films, with very explicit and overt nods to “Ocean’s 11,” “The Killing” and especially “Reservoir Dogs.” This suggests a disconnection between the slick Hollywood dreams people are fed and the unfortunate immediacy of these events in real life. The actors (including Ann Dowd as the unlucky librarian/victim) all do a phenomenal job. Peters is the “wild” one, despite his beige background, who is reeling from his parents’ divorce and the fact that he’s grown disillusioned by the life he thought he was promised. Keoghan is great as the meek foil that wishes to be a great artist but thinks he can only accomplish that through some great calamity or event occurring in his life. The pair works very well as complements and have a truly lived-in feel to their relationship that helps propel the story along.

The issue with “American Animals” is that most of the emotional impact lands with a dull thud. There are moments of comedy where the joke is how inexperienced and inept these college kids are at planning and executing a criminal act, but that silliness doesn’t work well when it is alongside a very serious tone of the assault they visit upon their victim. And while this may sound desensitized, the act they committed (both the attempt at stealing a few books and assaulting one woman) isn’t that grand to be given as much dramatic weight as it is. Again, because Layton very pointedly references those other films — where there’s a lot of money at stake and a body count — it lessens the impact of the crime in this story. It’s very likely that Layton did this on purpose, focusing on a “lesser” criminal act to show how even small moments of violence carry a significant weight in real life as opposed to the movies, where it would normally be shrugged off, but it doesn’t quite work and therefore both the comedy and the drama elements aren’t as strong as they could be.

“American Animals” is a well-shot film with great performances and intriguing ideas that will have audiences pondering. Layton does a good job of moving from documentary to narrative structures (even if by cheating somewhat), as well as showing the disconnect between the fantasy that so many American boys have in their heads with the mundane existences they will lead instead. The lack of a concrete tone or a script that makes the emotions more solid lets the movie down, but it’s ultimately an interesting and unique journey that will appeal to true crime enthusiasts. The American Dream usually boils down to people getting to make their own fate, and they can become successful starting out with nothing. “American Animals” shows the downside of such dreams when people look for shortcuts and stop seeing the world and their actions for what they are.