Trending
You are at:Home»Entertainment»Movies»Movie Review: “Overboard” 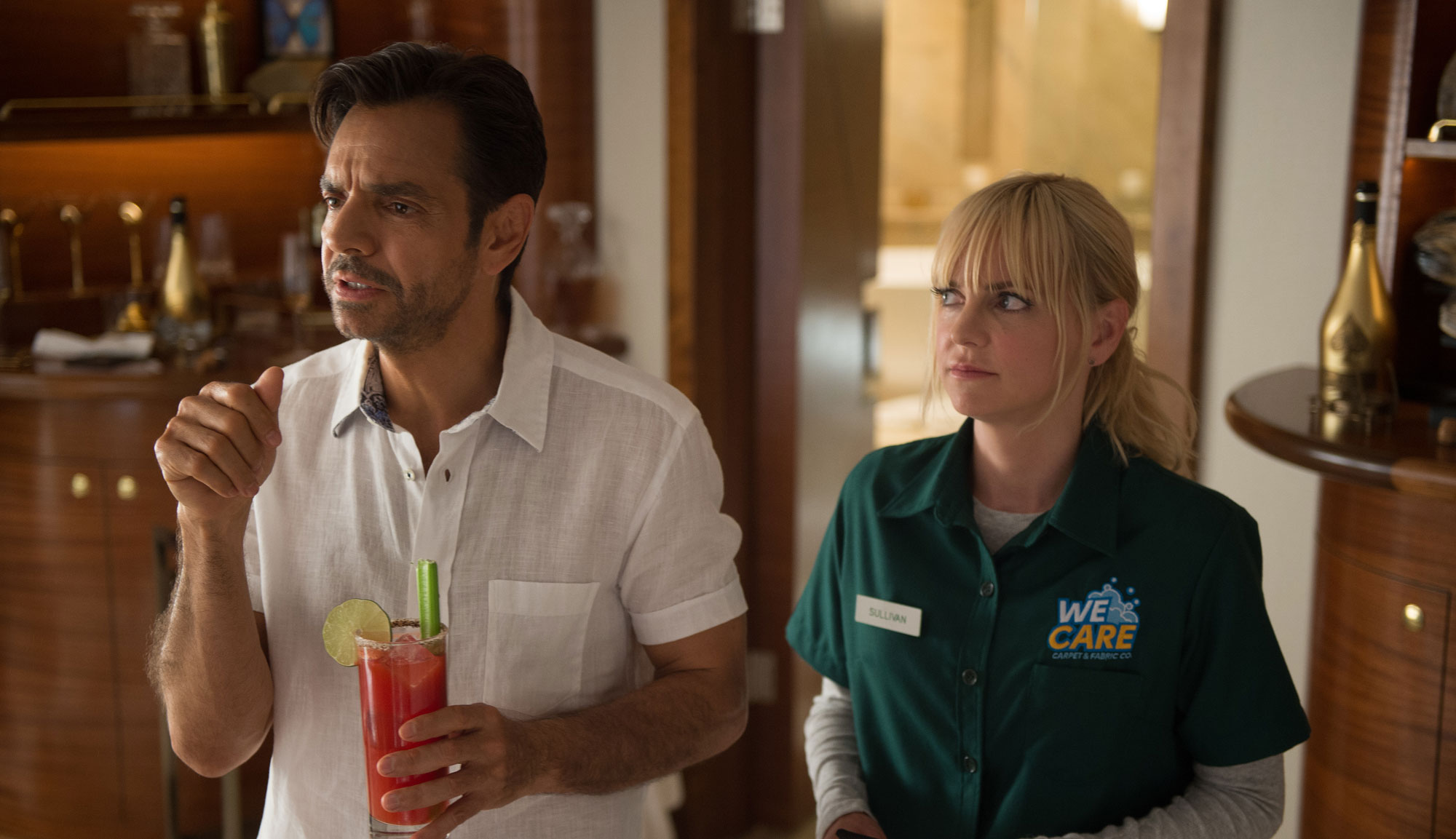 Movie remakes are not inherently bad projects. If done right, they can be a way to bring classic or foreign stories to a wider audience. Or they can be cultural snapshots that display a particular point in time in society, much like how the four different “Invasion of the Body Snatchers” films reveal different fears and modes of thinking from the eras in which they were made. Many movies can be revisited and remade to provide a new perspective or personality to the property, revealing different angles and layers when considered in a new light. However, if a film’s basic premise is already shaky to begin with, it’s unlikely to be improved much with an updated version.

1987’s “Overboard” is not a classic, unimpeachable cinematic exercise, but it was a touchstone for the VCR and cable era, so many people grew up on it, only to slowly discover that its foundational high concept is awkward at best. In 2018, director Rob Greenberg has remade “Overboard,” switching the genders of its lead characters and adding different cultural elements. The attempt pays off in some ways, but mostly, it’s a broad comedy with unfortunate overtones that raise questions of consent.

Kate (Anna Faris) is a single mom with two jobs doing the best she can to stay financially afloat and provide the best life possible to her three daughters while studying to become a nurse. Her latest gig involves cleaning the carpets on a party yacht owned by Leonardo (Eugenio Derbez), the spoiled heir to a family fortune who spends his days partying and generally being a pompous ass to those around him. But after Leonardo stiffs Kate on the payment and is incredibly rude to her, he accidentally falls off the ship. Upon being picked up by authorities and diagnosed with amnesia, Leonardo’s conniving sister Magdalena (Cecilia Suárez) refuses to claim him, as she has eyes on taking over her ailing father’s company. While Leonardo is stranded in the hospital, Kate’s friend Theresa (Eva Longoria) cooks up a plan where Kate will pretend that Leonardo is her husband, get him to do the chores and contribute a paycheck until Kate can pass the nursing exam.

In addition to a convoluted plot that twists and turns to make anything approaching sense, director Rob Greenberg has delivered an incredibly broad comedy with “Overboard.” So many of the lines and performances are played awkwardly big – usually around the central joke of Leonardo adjusting to a life of little means and tons of work – that it feels more suited to a terrible sitcom with lots of mugging for the camera and canned applause from a laugh track. Nothing interesting is done with the fish-out-of-water story, and it quickly becomes very tiresome to watch Kate manipulate the incompetent Leonardo into a life of servitude. Additionally, even with the gender roles reversed from the 1987 original, it seems like an odd comedy to be remade, especially in 2018; this has been a year of discussions around consent and rape culture and other weighty topics that it’s hard not to notice this icky cloud hanging over everything as the film progresses.

But there are some occasional laughs to be had, usually from clever, small character details that seem incongruous with the majority of the “to the rafters” approach to comedy in “Overboard.” Mel Rodriguez (as Longoria’s husband and Leonardo’s new employer), Mariana Treviño (as Leonardo’s other sister, the artistically inclined screw-up) and Swoosie Kurtz turn in fairly good supporting roles that tend to be stranger than the middle-of-the-road comic styles of 90% of the movie. It’s also worth noting that it’s nice to see a wide array of Latin characters – from billionaires to entrepreneurs to day laborers – that mostly eschew easy stereotypes for a wider spectrum of classes and types that enrich the story. The story is still overly complicated, and at almost two hours long, it’s far too drawn out, but the filmmakers do a good job of creating a semblance of an emotional throughline.

“Overboard” is forgettable entertainment. It’s nothing to rush out and see or even something that necessarily deserves money to be spent on it, but it has fun moments and provides greater cultural understanding than it would suggest. However, viewers have to wade through so much broad humor and boring slapstick, while ignoring the darker undertones of its central conceit, to arrive at genuinely pleasing moments. Maybe it will also find new life on cable and streaming and become an inexplicable staple of childhoods for the next generation who eventually grow up and realize it’s a pretty messed up situation. In the end, it will appeal to certain mainstream audiences that want to “turn their brain off” at the movies while everyone else sits through scene after scene of incredulous overacting. “Overboard” didn’t have to be remade, and it’s a high concept that should be retired, but the remake does provide an interesting snapshot into class struggles and identity in 2018. It’s just a shame that the film doesn’t get out of its own way to let those better elements shine.