Trending
You are at:Home»Entertainment»Movies»Movie Review: “Blockers” 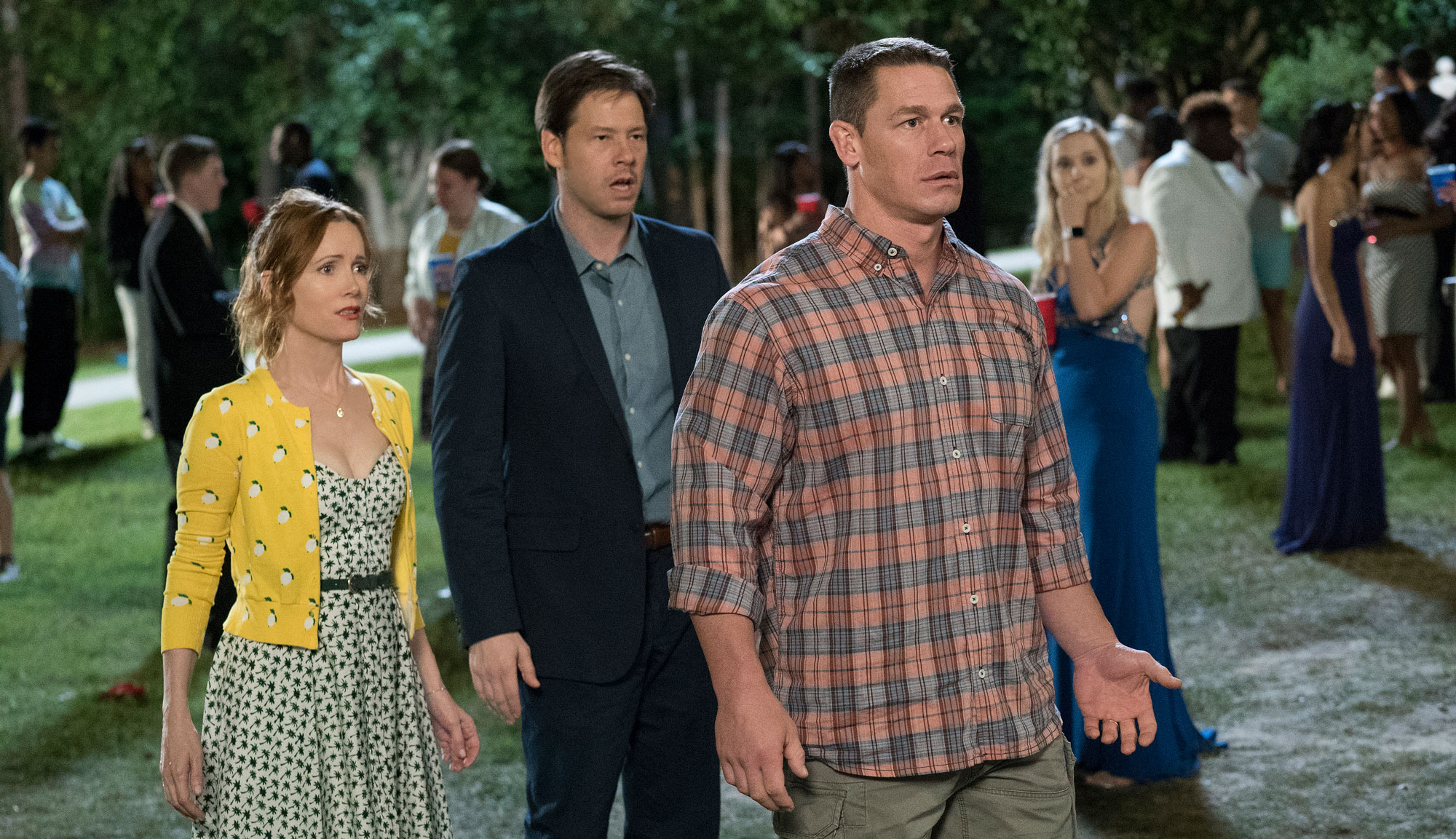 The movies that seem to last the longest in the hearts of viewers are those that are emotionally honest and also a bit complex. That doesn’t mean the films are an overcomplicated maze of misdirection, but that they resemble life in muddying the waters between genres. Life isn’t just a comedy or just a drama – instead, it is made up of moments where people are laughing one moment and inconsolable the next. Those cinematic entries that show the multifaceted aspect of emotions on a daily basis tend to resonate more because they are identifiable and more fulfilling. “Blockers” is a raunchy comedy that has a lot of heart and cares about the relationships at its center. That’s a hard balancing act that the film doesn’t always pull off, but at least it tries for a real sense of honest depth at examining the complicated parts of parenting and growing up.

It’s the night of the prom and lifelong best friends Julie (Kathryn Newton), Kayla (Geraldine Viswanathan) and Sam (Gideon Adlon) have decided to lose their virginities. When Julie’s mother, Lisa (Leslie Mann), Kayla’s father, Mitchell (John Cena), and Sam’s estranged father, Hunter (Ike Barinholtz), find out about the secret sex pact, they worry that their daughters are about to make a huge mistake. The trio of concerned parents set out to stop the deflowering from occurring and run afoul of all sorts of obstacles that may prevent them from completing their mission.

Over the past decade, there has been a nice boom of comedies that aren’t afraid to be about something with a real emotional core. “The 40-Year-Old Virgin,” “Superbad,” “Bridesmaids” and others have a genuine heart within them that propels the story and endears the characters even amid scenes that deal with juvenile sex jokes or gross-out moments. Director Kay Cannon, from a script by Brian Kehoe and Jim Kehoe, continues this tradition by making “Blockers” more than just an excuse for overprotective parents to be humiliated in crazy scenarios. The film is ultimately about the pains of growing up and the parents’ anxieties about growing apart from these girls they love. Their worries manifest themselves in an over-the-top fashion, but the root of the escalating absurdity is found in that basic concern over losing something. It helps that this sentimental aspect isn’t forced down the audience’s throat but is instead slightly obscured by an incredibly funny comedy where every cast member gets a chance to shine.

These “into the night” movies, where the entire story takes place over the course of one night, are fun, contained adventures that usually finds protagonists out of their element and merely trying to achieve a simple goal that becomes increasingly complicated. Mann, Cena and Barinholtz are great as the beleaguered parents attempting to halt their children’s maturation, and the trio has a great chemistry that plays off each other well. There’s a real sense of banter and contrasting personalities without it seeming like a clash of basic archetypes. Newton, Viswanathan and Adlon are also strong as the central figures, earning laughs while navigating their changing lives and identities. There are plenty of absurd moments that are cartoonish in abstract, but it never feels out of place or grandiose when watching them, because they feel like real people with honest reactions to everything.

Not every joke lands in “Blockers,” but there is such a barrage of comic genius that it is offset by the sheer number of ones that do work. Similarly, there are moments (especially towards the end) where the emotional messages and dialogue feel forced. That’s unfortunate in a film that is truly bolstered by its realistic characters and conversations, but it’s the risk that is taken when trying to be emotionally honest about something. Even when those laughs land with a thud, or a sentimental exchange goes on too long, the film is usually saved pretty quickly by a good bit of banter or witty line.

Cannon delivers a strong film by blending together hilarity and poignancy so that it becomes more than an episodic scene list of increasing craziness. “Blockers” is hilarious and honest, with much of the movie’s power coming from the terrific performances of its ensemble cast. It isn’t perfect and sometimes misses what it’s going for, but at least it’s striving for something more than a simple “laff riot.” That complicated mix of emotions – seemingly at their height during one’s teenage years – are on full display in “Blockers,” making it much more meaningful and fulfilling than most studio comedies.