Trending
You are at:Home»Lifestyle»How Mobile Gaming Differs Around The World 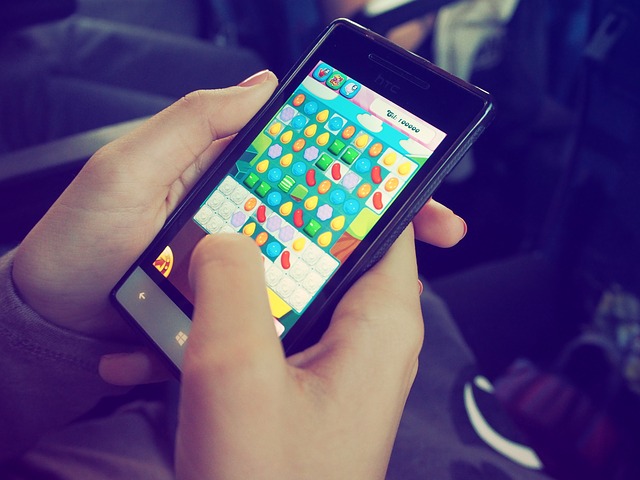 For two consecutive years, mobile gaming has been the most lucrative and popular form of gaming around the world. Not only did mobile gaming make up 42% of the global market and bank $46.1 billion in 2017, but according to newzoo, in 2020 mobile gaming will account for over half of all gamers.

While mobile games are popular worldwide, cross-continental gaming highlights many differences, from the amount of hours spent playing and the total gaming revenue, to the most popular types of games. Join us as we explore gaming differences from around the world and highlight the most popular games on our journey.

Starting with the largest gaming region, Asia-Pacific is predicted to reach $128.5 billion by 2020. China is expected to make $27.5 billion—one quarter of that total—making it the biggest player in the global gaming industry, and one that is only set to grow in the coming years. Mobile gaming has been growing in popularity in this part of the world and is set to generate $46.1 billion in 2018 alone, while PC and console gaming has performed worse than anticipated.

With an estimated 200 million monthly gamers, Tencent’s competitive multiplayer game Honor of Kings is the most-played game in China, as well as the rest of the world. It has become so popular that gaming restrictions have been imposed on children under 12 from playing more than an hour a day. The game’s creators are now attempting to turn this Chinese phenomenon into a global hit, and have released it under the name Arena of Valor in the west. This game is available on PC, but mobile phones have proven to be China’s gaming device of choice. China’s games industry is so big it’s set to generate one-quarter of the total of online gaming revenues worldwide by the end of this year.

The world’s second largest gaming region is North America, which had an estimated revenue of $27 billion in 2017. The gaming market in this part of the world continues to rise 0.4% year-on-year, which has been attributed to smartphone gaming spenders and an increased average time spent playing

Candy Crush Saga was the most popular and highest grossing market reach game in the US in 2017, accounting for 19.29% of all mobile game downloads. Audiences can enjoy all types of games, from puzzle and arcade games to quiz and quests games. Our favourites include The Rivers Casino app which offers a wide range of free casino games that suit a range of audiences. The biggest difference between Asia-Pacific and North American gaming is the most popular type of games: Asia-Pacific gamers enjoy battle games while North American gamers prefer puzzle and arcade games.

Until recently, the gaming market was dominated by North American and Asia-Pacific companies. From the 80s until the 00s, gaming was restricted to consoles and PCs, but with the dramatic rise in mobile gaming, Europe as joined the growing gaming market. Europe has become an open creative space for many entrepreneurs and startups, giving rise to a number of millennial mobile gaming giants.

The EU5 region, which includes the UK, France, Germany, Italy and Spain, is made up of over 130 million mobile owners, one-third of which are daily gamers. This market is catered to by European game publishers. Worldwide favourite Angry Birds was created and published by Finland’s Rovio, and Clash of Clans belongs to Finland’s Supercell, a mobile tech company described by Forbes as the $2.4 million-per-day company in 2013.

Unlike the relatively young demographic of mobile gamers in the Asia-Pacific region, Europe, like the US, has seen a significant rise in mature mobile gamers. This change is reflected in the top grossing games named above: the most popular types of games in both these regions in 2017 were causal, puzzle and arcade game,. while the most popular games in the Asia-Pacific region were intense action and combat games.

Emerging gaming markets also contribute to the rise in revenue and popularity of mobile games. This includes Latin America’s $1.7 billion, and Middle East & Africa’s $2.32 billion net contribution to the industry. China currently ranks number one for countries by game revenues, followed by the US, Japan, Germany and the UK. The mobile gaming industry doesn’t show any signs of slowing down. In fact, with more game creators and choices of games than ever before, the mobile games industry appears to be going from strength to strength.