Trending
You are at:Home»Lifestyle»Four must visit monuments in Paris 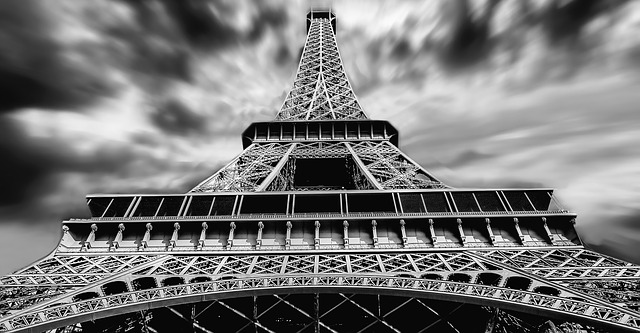 With the Eiffel Tower keeping watch on its skies, Paris has probably the most easily recognizable skylines in the world. Located in the Champ de Mars, it was built for the 1889 World’s Fair hosted by France. Although, the iron-lattice structure is a marvel of architecture, Paris houses many other monumental buildings that inspire equal awe.

Imagine that you’ve just landed at the Paris Airport, and are now being transferred by taxi to your hotel. With the help of the taxi driver, you jog up a list of places that that you’ll be visiting in the next few days. With this article, we help you find the monuments in Paris that should definitely be on that list.

The Conciergerie is a fine specimen of Gothic architecture in France. It stands on a natural island in the river Seine, called Island of the City, or Île de la Cité. During the middle ages, it served as the royal residence of the Kings of France, and then transformed into a prison during the French Revolution. Inside the palace, the “Hall of Men at Arms” is a magnificent structure and gives the visitors a good sense of medieval grandeur and extravagance.

The full French name of this building comlex translates to “The National Residence of the Invalids”. The complex has around 20 conjoined structures, one of them being the Dôme Des Invalides that houses the tomb of Napoleon Bonaparte. Its open arches make the structure a nice vantage point for the city. There is also museum dedicated to the first and second world wars, and an interactive multimedia space dedicated to the late French president, Charles de Gaulle.

The Luxor Obelisk is a yellow granite column located in the centre of Place de la Concorde square. It’s easily the oldest monument object, dating back 3000 years to Egypt, where it served in front of the Luxor Temple. It was transported to France and erected at its current position during the reign of King Louis-Philippe. Interestingly, the Obelisk is devoid of its original pedestal, which shows four baboons standing on their hind legs, and can be found in the Louvre.

Also known as the Opéra Garnier, this 19th century opera house can has the capacity to host 2000 opera attendees, seating them in an horseshoe arrangement. The building’s auditorium is made in the Italian style and decorated with marble, stucco, and velvet. It also boasts a grand 8-ton chandelier, which is made of bronze and crystal and has more than three hundred lights. There’s also the astoundingly baroque, Salon du glacier, Foyers, which features mosaics painted on gold background.

So, these are the monuments in Paris that should definitely be on every list of every visitor who lands in Paris. Their grandeur and their place in history can only be surmised by experiencing them for oneself.