Trending
You are at:Home»Entertainment»Blu Tuesday: Three Billboards Outside Ebbing, Missouri and More 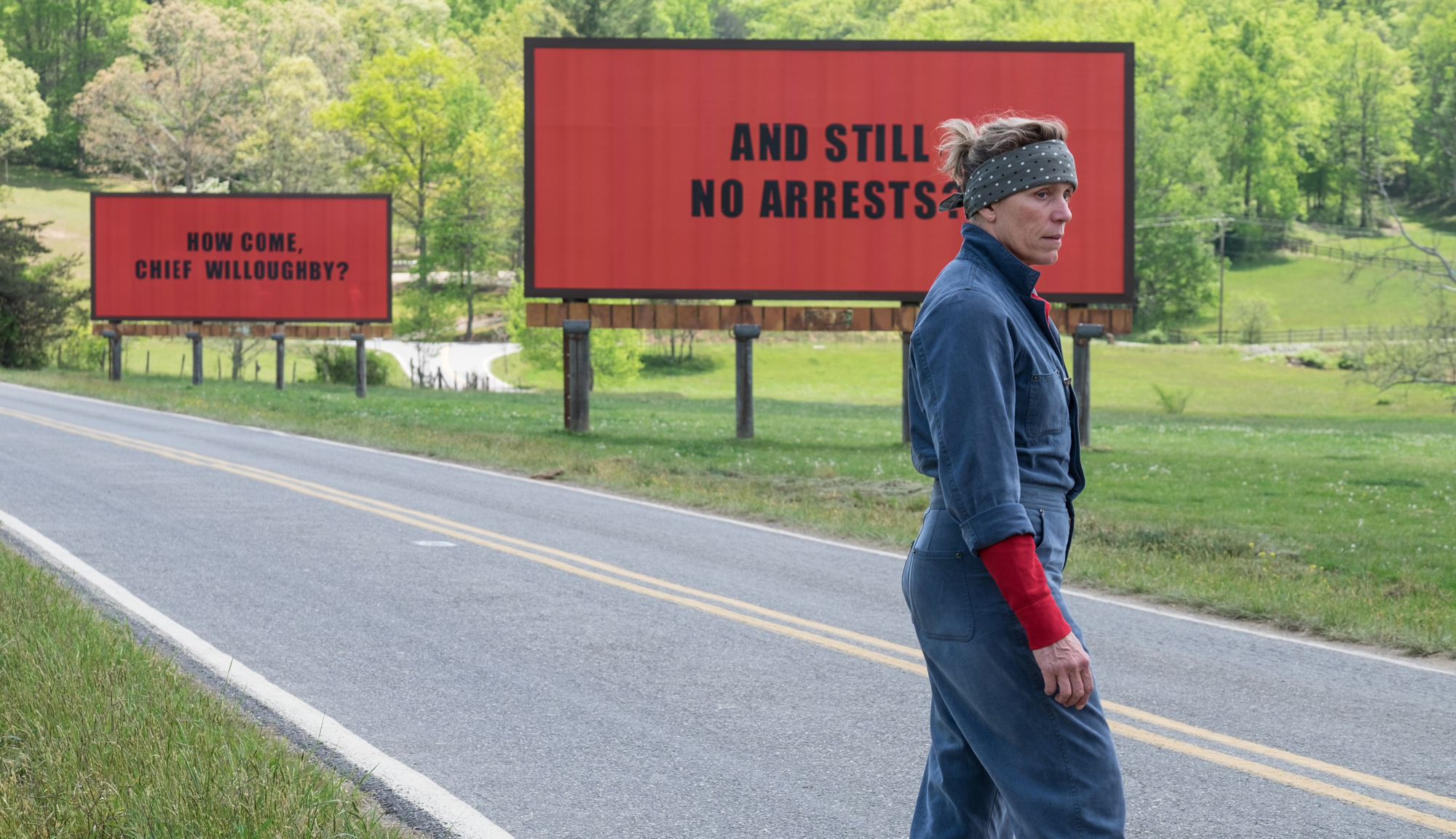 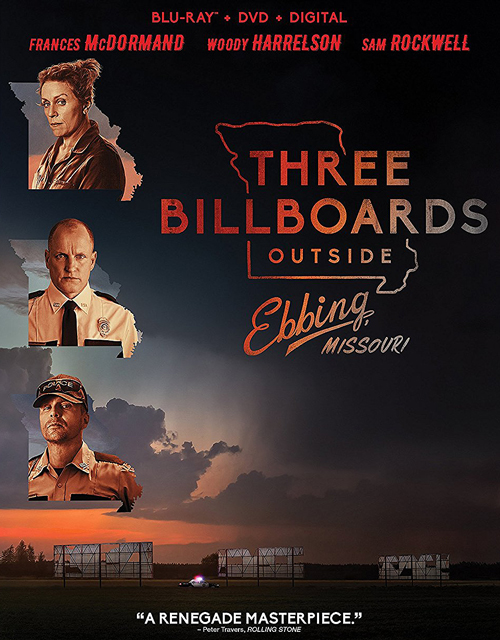 Martin McDonagh’s latest film is exceptionally dark, but it’s one that shines nevertheless thanks to some sharp humor and several great performances from its ensemble cast. Chief among them is Frances McDormand as the crass, take-no-shit mama bear who embarks on a righteous quest for justice, or at the very least, the chance to stir up trouble and keep her mind off the tragedy that has shaken her household. It’s some of the finest work of her career, and the same goes for Sam Rockwell, whose delinquent cop gets a nice redemption arc despite the fact that it comes a little too easy. Though the movie’s ending won’t sit well with anyone expecting the story to be wrapped up with a bow, there’s something so authentic and deeply human about the way McDonagh writes these characters – flawed and messy and not always deserving of our sympathy – that it’s actually quite fitting. 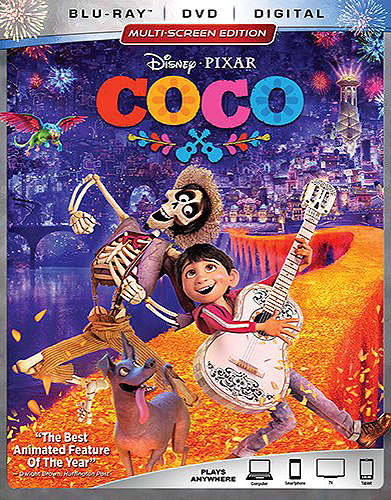 For a movie about the dead (more specifically, the Mexican holiday Dia de los Muertos), “Coco” is bursting with colorful, vibrant life. Pixar’s latest film is a visually dazzling and incredibly heartfelt coming-of-age story about family, tradition and mortality – particularly what happens after you die – that is fueled by a genuine respect for Mexican culture. The Land of the Dead is one of the most magical worlds that Pixar has ever created; it’s wildly imaginative and impeccably designed down to every nook and cranny. Though the movie glides by on its simple charms for most of its runtime, the third act is what transforms “Coco” from a pretty good film to a great one with an emotional ending that’s fully earned. Pixar may have lost some of its glamour in recent years, but “Coco” proves why they’re still the king of animation.

Extras include an audio commentary by director Lee Unkrich, co-director Adrian Molina and producer Darla K. Anderson, as well as a series of production featurettes, deleted scenes and much more. FINAL VERDICT: BUY 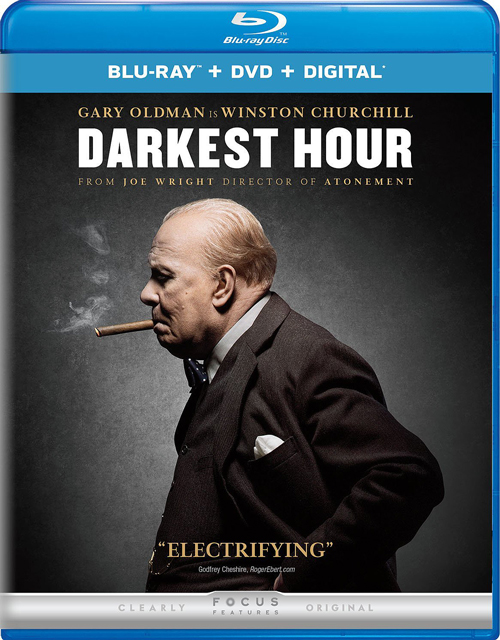 After his terrible 2015 prequel to “Peter Pan,” director Joe Wright returns to more familiar territory with “Darkest Hour,” a biopic of sorts about British Prime Minister Winston Churchill during his tumultuous first few weeks in office as the fate of the United Kingdom (and the world) hung in the balance. Though the movie isn’t as good as some of Wright’s previous work, it’s a solid historical drama that coasts by on Gary Oldman’s lead performance. Nearly unrecognizable under layers of makeup and prosthetics, Oldman is fantastic as the famous leader, showcasing both his bullish demeanor and cheeky wit. The actor is supported by a talented cast of veterans like Kristin Scott Thomas, Ben Mendelsohn and Stephen Dillane, but it’s Oldman who elevates “Darkest Hour” beyond the typical Oscar bait, especially when viewed as a companion piece to Christopher Nolan’s WWII epic “Dunkirk.”

Extras include an audio commentary by director Joe Wright, a behind-the-scenes look at making the film and a featurette on Gary Oldman’s performance. FINAL VERDICT: RENT

“Murder on the Orient Express” 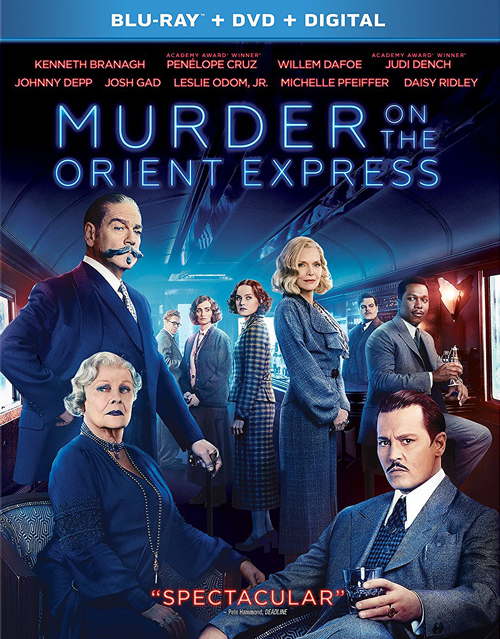 As one of Agatha Christie’s greatest mystery novels, “Murder on the Orient Express” has been adapted for the screen many times, most notably the 1974 Oscar-winning film directed by Sidney Lumet. While no one was really clamoring for another version, this latest iteration is a welcome addition thanks to Kenneth Branagh’s deft direction and memorable performance as famed detective Hercule Poirot. Armed with his razor-sharp wit and wisdom, not to mention a bushy, oversized mustache for the ages, Poirot is such a colorful character that it doesn’t even matter that Branagh fails to bring anything new to the story. Plus, his supporting cast is packed with so many great actors (including Michelle Pfeiffer, Willem Dafoe, Judi Dench, Penelope Cruz, Johnny Depp, Josh Gad and Daisy Ridley) that just watching them all interact with one another is worth the price of admission alone.

Extras include an audio commentary by director Kenneth Branagh and writer Michael Green, a behind-the-scenes look at making the film, additional featurettes on the cast and music, and deleted scenes. FINAL VERDICT: RENT

“Lady and the Tramp” 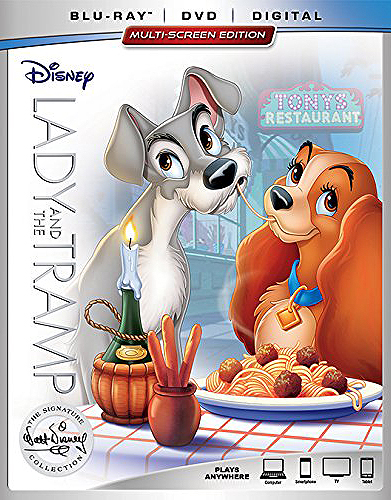 Though it has a place in history as Walt Disney’s first feature-length animated film based on an original story, “Lady and the Tramp” is one of the studio’s lesser “classics.” Save for the iconic spaghetti scene set to Peggy Lee and Sonny Burke’s “Bella Notte,” the movie isn’t very memorable. In fact, it’s downright boring whenever the titular Tramp isn’t onscreen, and it’s also incredibly racist (the Siamese cats predate Mickey Rooney’s buck-toothed caricature in “Breakfast at Tiffany’s”) for a film aimed at families. Fortunately, the new Signature Collection edition gives audiences a good reason to revisit “Lady and the Tramp” with a commentary track called “Inside Walt’s Story Meetings” that recreates the story sessions between Walt and the animators during the development of the movie. It’s a really insightful look at how animated films are made that will give you a newfound respect for the craft.

Other extras include a short interview with Walt Disney’s daughter, the never-recorded song “I’m Free as the Breeze,” a tour of Walt’s office, deleted scenes and more. The digital version also boasts exclusive extras like a making-of featurette and the original 1943 storyboard version of the film. FINAL VERDICT: RENT 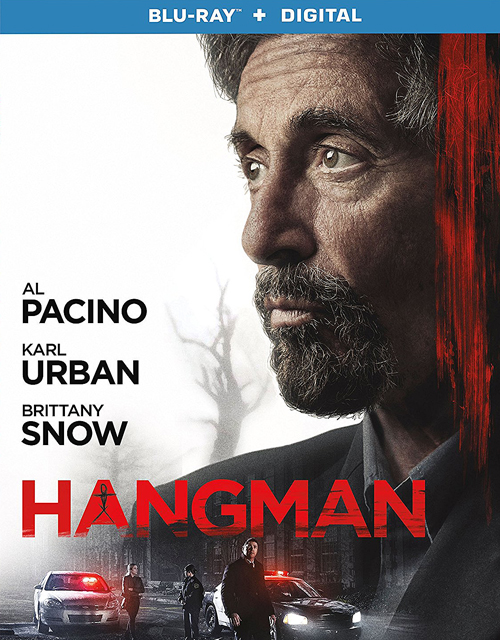 Al Pacino used to be one of Hollywood’s most revered actors, but nowadays, he mostly spends his time sleepwalking through C-list garbage like “Hangman” to pay the bills. In fact, Pacino looks so bored in his latest role that he adopts a completely pointless accent that sounds vaguely like Foghorn Leghorn after a long weekened in New Orleans, presumably just to give him something interesting to do. To be fair, Karl Urban and Brittany Snow also seem to be phoning it in, and it’s hard not to blame them with a script as dumb and formulaic as this. “Hangman” is an incredibly generic direct-to-video thriller with no actual thrills, and although the involvement of Pacino and Urban certainly makes it easier to sit through, that doesn’t make the movie any less awful.

Extras include cast and crew interviews about making the film and an additional interview with actor Al Pacino. FINAL VERDICT: SKIP