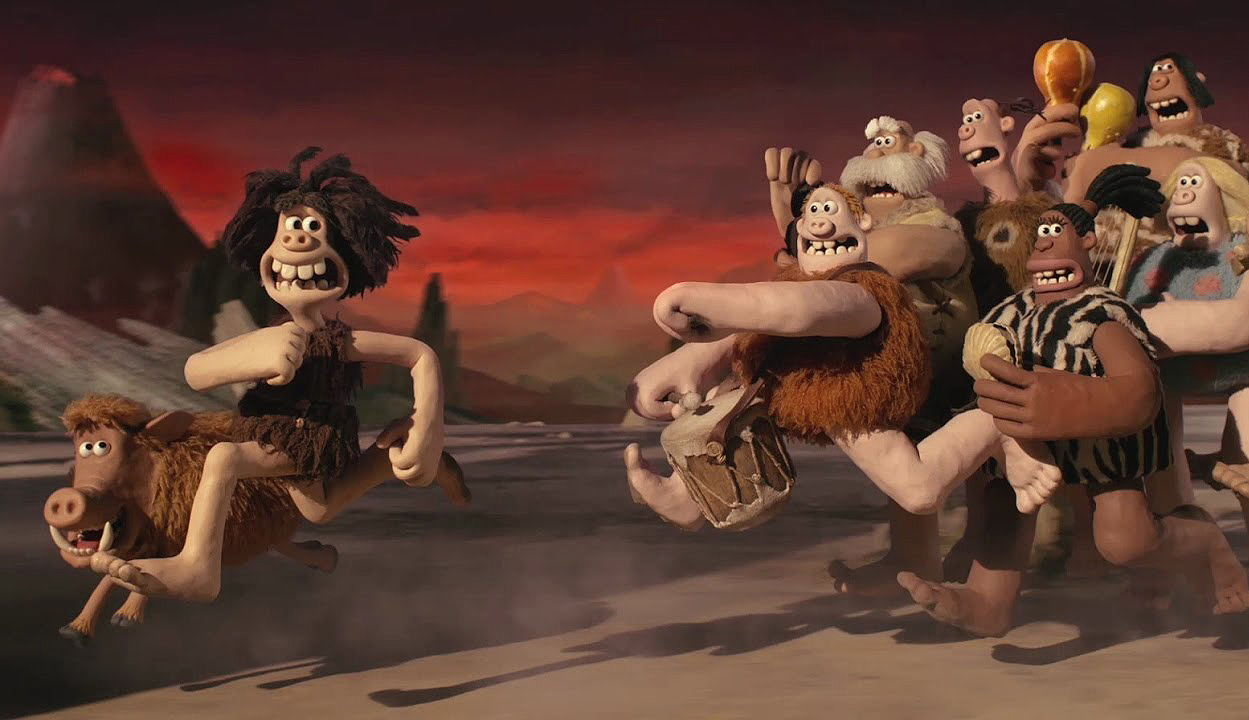 Family films are often derided for being shallow and clichéd. The need to have a moral or teach a lesson is more obvious in movies aimed at children than in other films. But there can still be a lot of entertainment and even pure insight in these stories. Recent examples like “Coco,” “Frozen,” “The Boy and the Beast,” “Kubo and the Two Strings” and “Paddington” show that there’s a class of family film that excels at being entertaining, visually inventive and emotionally rich. Unfortunately, “Early Man” is not part of this crop of movies but instead is a mish-mash of awkward lessons scraped together over fairly simplistic humor. While there are some highlights throughout its brief runtime, it is ultimately a forgettable entry in the genre.

Dug (Eddie Redmayne) is a caveman who lives in a valley with his tribe, spending his days hunting rabbits but pining to one day build up the courage to go after a mammoth. When a more civilized group led by Lord Nooth (Tom Hiddleston) suddenly intrudes on his peaceful existence, Dug and the other primitives are promptly evicted into the wasteland so that the valley can be mined for its bronze ore. After infiltrating the Bronze Age settlement, Dug challenges the more evolved civilization to a game of soccer for the right to reclaim their homeland. He enlists the help of Goona (Maisie Williams), a despondent Bronze Ager who dreams of playing on the pitch, to coach his team to victory. The cavemen are undisciplined, slow and sloppy, but they’ll have to pull together as a cohesive unit in order to take on their more sophisticated adversaries.

“Early Man” isn’t a total waste of film. Director Nick Park (“Wallace and Gromit”) and the Aardman team employ their signature skills of stop-motion animation to create some impressive visual feats using clay and some CGI. There aren’t that many production companies still utilizing the medium – mostly just Aardman, Laika and a few individual filmmakers – so it’s always a treat to see the craft being done at such a high level.

As for the substance of the movie, it’s not utterly devoid of laughter or delight. There are a few genuinely funny moments in “Early Man” – whether it’s a bit involving a messenger bird, the commentators of the final game or a great recurring gag about a carnivorous duck – that will have viewers in stitches. But those moments of honest mirth are few and far between.

“Early Man” relies on a lot of lazy, easy jokes that were never an issue with Park’s earlier work (“Chicken Run,” “Flushed Away,” “Creature Comforts”). Too often, it delivers exactly on the joke that audiences expect in ways that aren’t new or fun. The bigger problem with the film, however, is that there is no cohesive throughline for the story. The beginning of the movie sets up Dug as a dreamer who aspires to a life of more than just hunting rabbits, but then suddenly, that message is replaced by a different lesson about how teamwork is the secret to success. These two elements are never properly reconciled, and so it feels all out of sorts. Too much of the story, characters and humor is simplistic and tired, never becoming a unified whole that entertains and elevates it beyond a simple kids’ movie.

Of course, it’s hard to know what children will glom onto. No matter how many adult critics bash something like “The Boss Baby,” there are scores of kids waiting to gobble it up and declare it their new favorite movie. It’s incredibly difficult to accurately predict what will resonate with children, but it’s hoped that the parents at least won’t have to suffer too much while watching it for the fifth or 50th time. “Early Man” offers up some impressive visual tricks and has a handful of good comedic bits, but it’s too much of a slog to get through and too unfocused to cohere into something more. It’s not outright insulting in its stupidity or pandering to the lowest common denominator, as sometimes happens with family fare, but it’s just a shame that it isn’t a better film – one that everyone could enjoy.