Trending
You are at:Home»Entertainment»Blu Tuesday: The Deuce and More 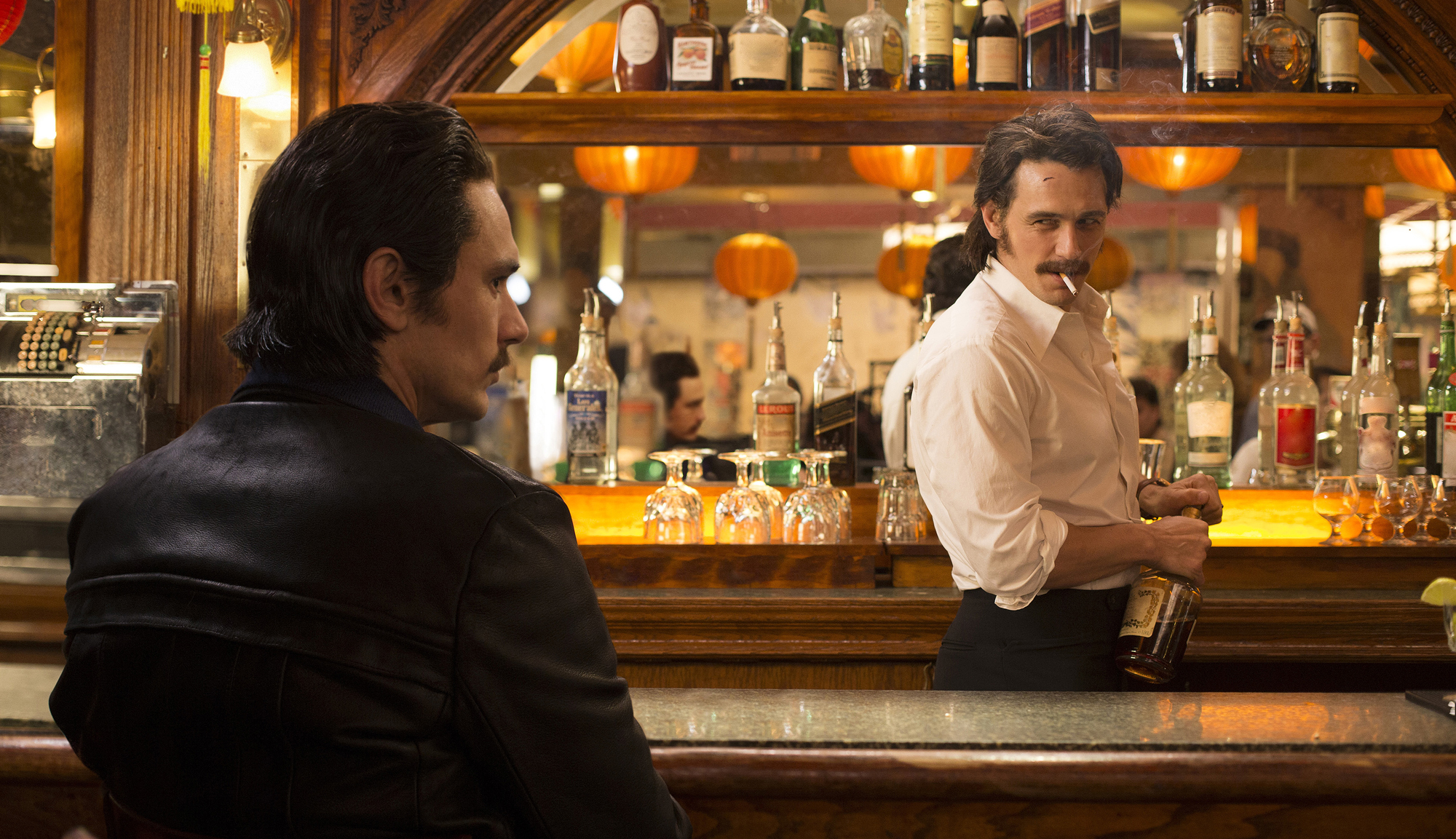 “The Deuce: The Complete First Season” 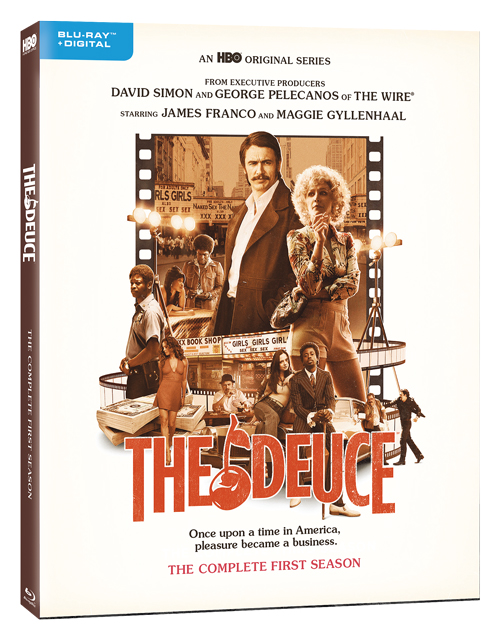 David Simon excels at creating rich, lived-in worlds that feel as genuine as the large cast of characters that inhabit them, and “The Deuce” is certainly no different. Though it never reaches the highs of “The Wire,” Simon’s latest HBO drama is a marked improvement over the hit-and-miss “Treme,” despite suffering from the same scattershot storytelling at times. Even the show’s greatest admirers would admit that it gets off to a pretty slow start, but it grows in confidence over the course of its eight-episode first season as the overarching narrative becomes clearer. While the subplots involving James Franco and (eventually) Maggie Gyllenhaal are far more interesting than the pimps and prostitutes stuff, Simon wisely weaves them all together so that even the most minor characters play an integral part in the story. That’s what makes Simon’s shows so compelling, and it’s ultimately why “The Deuce” is worth the investment.

Extras include audio commentaries on Episodes 1 and 8 by co-creators David Simon and George Pelecanos, director Michelle MacLaren, and actors James Franco and Maggie Gyllenhaal, as well as a pair of featurettes on making the show and the rise of the pornography business in 1970s New York. FINAL VERDICT: RENT 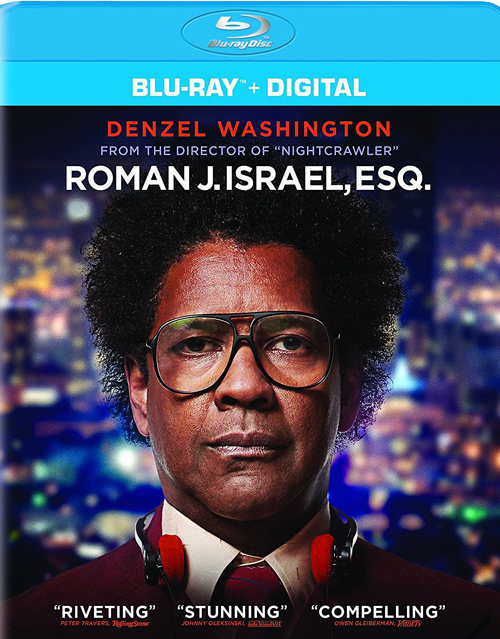 Writer/director Dan Gilroy established himself as a filmmaker to watch with his excellent 2014 debut “Nightcrawler,” but unfortunately, he’s failed to capitalize on that success with this insipid legal drama starring Denzel Washington. Another morality tale that’s set once again in Los Angeles, “Roman J. Israel, Esq.” is a disappointing follow-up that attempts to coast by on the quirks of its eccentric title character. Washington delivers a good performance (although hardly one deserving of an Oscar nomination) in the lead role, but the character simply isn’t as fascinating as Gilroy seems to think, especially compared to the bottom-feeding antihero of “Nightcrawler.” What really sinks Gilroy’s movie, however, is the story itself, which is such a boring and rambling mess that Washington is forced to work overtime just to hold it all together.

Extras include a behind-the-scenes look at making the film, a pair of featurettes on Denzel Washington and Colin Farrell, and some deleted scenes. FINAL VERDICT: SKIP 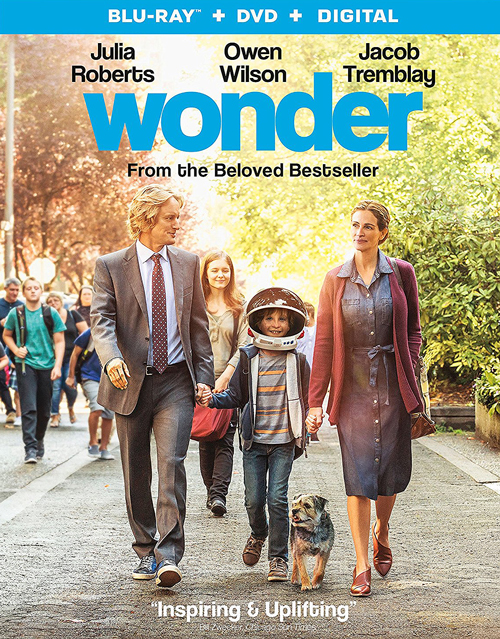 Stephen Chbosky’s 2012 adaptation of his coming-of-age novel “The Perks of Being a Wallflower” was a sneakily brilliant directorial debut that earned every emotional moment. It’s hard to believe that it’s taken five years for Chbosky to direct another movie, but while “Wonder” isn’t quite as great as his debut, the story – based on the bestselling book by R.J. Palacio – is perfectly suited to his strengths as a filmmaker. Though “Wonder” is every bit as emotionally manipulative as you’d expect for a family-friendly drama about a young boy with a facial deformity, the film is so sweet and uplifting, with an important message about kindness at its core, that you can almost forgive Chbosky for laying it on so thick. Plus, it boasts some really good performances from its child actors, and that alone is worthy of applause.

Extras include an audio commentary by writer/director Stephen Chbosky and author R.J. Palacio, a five-part making-of documentary, additional featurettes on production design and the child actors, and a brief rundown of the film’s soundtrack. FINAL VERDICT: RENT

“Blade of the Immortal” 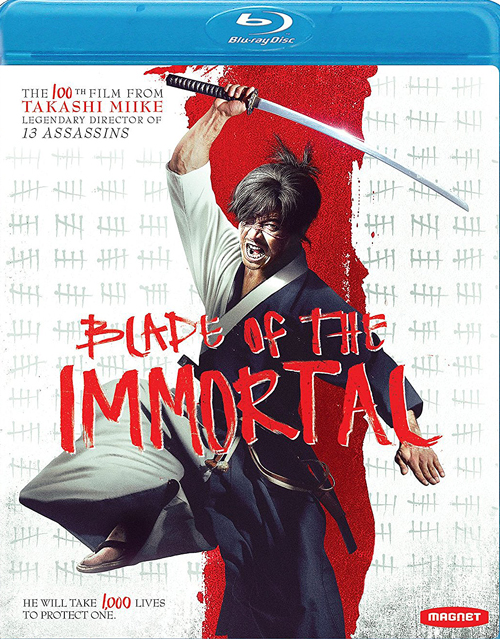 The amount of talent and luck it takes to get just one film made is incredible, so the fact that “Blade of the Immortal” marks Japanese director Takashi Miike’s 100th movie is truly a landmark achievement, especially considering he’s only 57 years old. To be fair, many of those films have been duds, but “Blade of the Immortal” isn’t one of them. Though the plot is overly simplistic and a bit monotonous due to its video game-like structure, Miike has packed this blood-soaked revenge tale with tons of great action, including two outstanding fight sequences that bookend the story. Based on the popular manga of the same name, “Blade of the Immortal” also features some nice dashes of humor, although not as much as the premise allows. “13 Assassins” still remains the gold standard for Miike movies, but as far as career milestones go, “Blade of the Immortal” is a pretty good encapsulation of what he’s all about.

Extras include a behind-the-scenes look at filming the climactic battle scene, over an hour’s worth of cast interviews and a poster gallery. FINAL VERDICT: RENT