Trending
You are at:Home»Entertainment»Blu Tuesday: Suburbicon and More

George Clooney may be one of the biggest movie stars on the planet, but his work behind the camera (save for the Oscar-nominated “Good Night, and Good Luck”) has been largely disappointing. His latest directorial effort is arguably his worst film yet – a horribly mismarketed crime drama that lacks any likeable characters or a compelling plot. It also isn’t nearly as funny as you’d expect for a movie originally written by the Coen brothers, even if their decades-old screenplay has clearly been retooled by Clooney and longtime producing partner Grant Heslov. The end product is an unfocused, undercooked and tone-deaf mess that tries to juggle a number of different ideas and fails spectacularly. In fact, with the exception of Oscar Isaac’s fun cameo as a wily insurance claims investigator, “Suburbicon” is such a disastrous misfire that it only reaffirms why it was shelved in the first place.

Extras include an audio commentary by director/co-writer George Clooney and co-writer Grant Heslov, as well as a trio of featurettes on production, casting and composing the score. FINAL VERDICT: SKIP 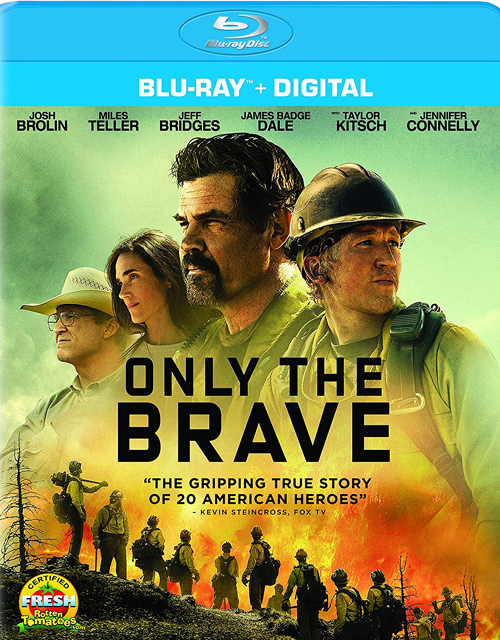 Based on the harrowing true story of the Granite Mountain Hotshots, an elite team of firefighters who risked their lives battling dangerous wildfires across the country, “Only the Brave” is the type of macho, American hero drama that Peter Berg has built his career on. But while the source material may be right up Berg’s alley, the movie was actually directed by Joseph Kosinski, who’s taken a break from making effects-heavy sci-fi films like “Tron: Legacy” and “Oblivion” to produce this character-driven tale about courage, brotherhood and redemption. It’s an unexpected pivot for Kosinski, but one that he handles really well, thanks in large part to an impressive cast led by Josh Brolin, Miles Teller, Jennifer Connelly and James Badge Dale. Though “Only the Brave” lacks focus at times, it’s a solid drama that provides an intriguing look at an unfamiliar and underappreciated profession.

Extras include an audio commentary by director Joseph Kosinski and actor Josh Brolin, a trio of behind-the-scenes featurettes and some deleted scenes. FINAL VERDICT: RENT 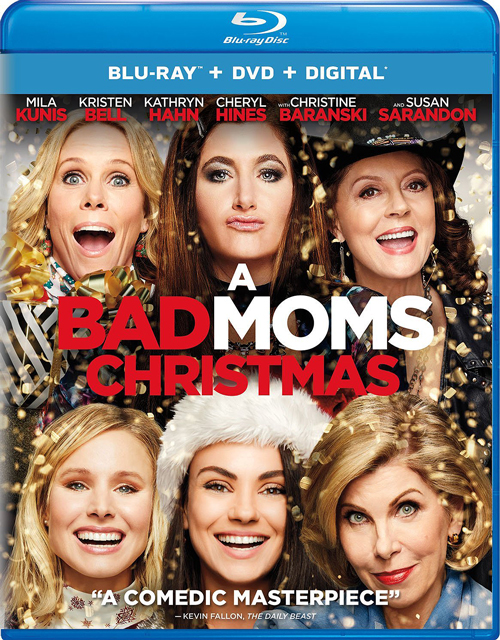 Following the success of their bawdy, female-driven comedy “Bad Moms,” writers/directors Jon Lucas and Scott Moore didn’t waste any time throwing together this poorly conceived cash-grab sequel, which arrived in theaters only 16 months after the original. Though the first movie was definitely flawed, it at least had some amusing moments and a winning trio of actresses. “A Bad Moms Christmas,” meanwhile, can’t even match that admittedly low bar. It’s hard to argue with the casting of the lead characters’ mothers, because they’re all perfectly suited for their roles, but while Christine Baranski, Susan Sarandon and Cheryl Hines seem game for just about anything, the material ultimately lets them (and the rest of the cast) down. “A Bad Moms Christmas” had the potential to make good on its disappointing predecessor, but unfortunately, it’s even lazier, more clichéd and just not very funny. 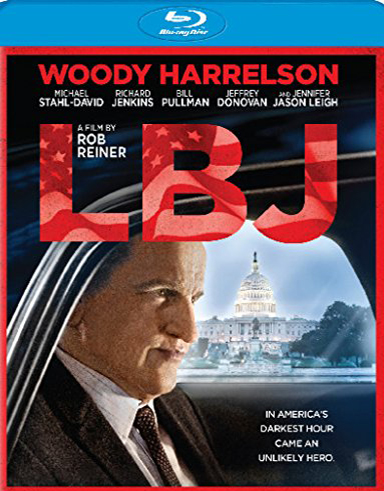 It’s been awhile since Rob Reiner last made a good movie, and although this biopic about President Lyndon B. Johnson is hardly a return to form, it’s much better than expected thanks to Woody Harrelson’s committed performance in the lead role. Focusing primarily on the years leading up to the assassination of John F. Kennedy, as well as the months after Johnson assumed office, “LBJ” attempts to unpack its subject’s complicated legacy by exploring his innate desire for approval. Unfortunately, while the film delivers a convincing depiction of Johnson as both a man and a politician, it ignores so much of what defines his presidency – namely, his first full term, which is relegated to a series of title cards before the end credits – that it feels disingenuous to form any sort of opinion based on only half the story.

There are no extras on the Blu-ray release. FINAL VERDICT: RENT 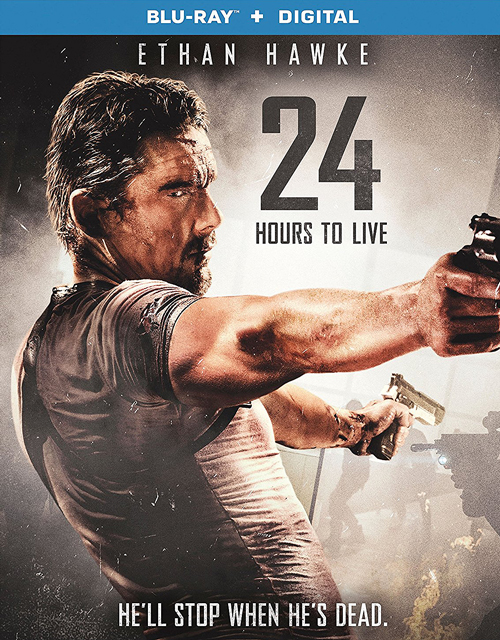 It shouldn’t come as much of a surprise that “24 Hours to Live” was produced by one of the same companies behind “John Wick,” because it’s a pretty blatant wannabe (with a sci-fi twist that adds an extra layer of ridiculousness to the proceedings) that boasts some solid action but not much else. Though Ethan Hawke always brings a certain level of intensity to his work, he’s not given a whole lot to do as the weary assassin who’s lured out of retirement for one last job. Additionally, everything about the movie is so hackneyed – from the plot to the paper-thin bad guys – that you already know how it’s going to end. “24 Hours to Live” plays out like a dozen other VOD action thrillers, and while it’s made slightly more enjoyable by a couple of well-choreographed gunfights, the rest of the film is as dull as its title.

There are no extras on the Blu-ray release. FINAL VERDICT: SKIP 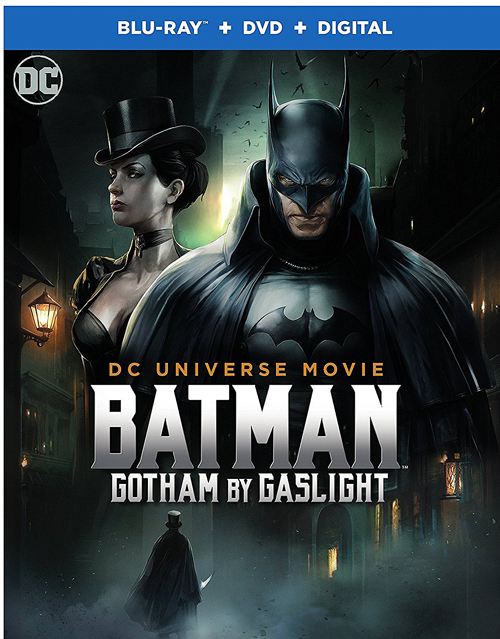 Loosely based on the 1989 DC Comics one-shot by Brian Augustyn and “Hellboy” creator Mike Mignola, “Gotham by Gaslight” offers a unique take on the traditional Batman tale by setting the story in an alternate timeline that reimagines the Dark Knight as a Victorian-era vigilante trying to track down the infamous serial killer known as Jack the Ripper. It’s a pretty tantalizing premise, but unfortunately, “Gotham by Gaslight” never quite capitalizes on the potential of its gothic, period setting. It also lacks an interesting villain for Batman to fight, even if the eventual reveal of the killer’s identity is a nice twist. Though the movie is certainly better than the last few DC animated films, “Gotham by Gaslight” is nonetheless a fairly mediocre entry in the Batman franchise that only diehard fans will enjoy.

Extras include an audio commentary by director Sam Liu, writer Jim Krieg and executive producer Bruce Timm, as well as a featurette on adapting the source material, a sneak peak at the upcoming DC animated film “Suicide Squad: Hell to Pay” and more. FINAL VERDICT: RENT