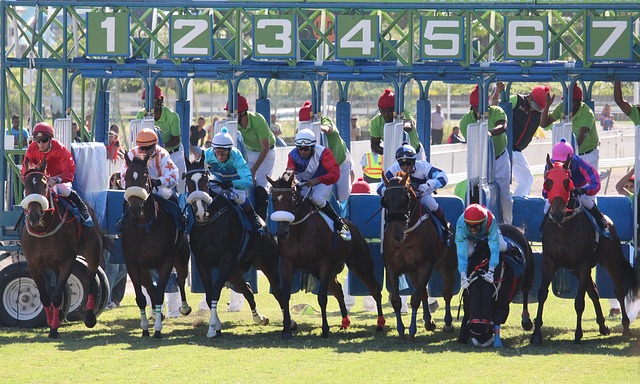 There have been some huge upsets over the years:

Tipperary Tim came in at 100/1, in fairness it was the only horse to finish the race. The jockey Dutton didn’t think he had a chance, in fact a friend of Dutton’s shouted before the race that he would only win if all the other horses fell. Amusingly this is exactly what happened. 41 horses didn’t make it to the line and Tipperary came in to win. This is probably the greatest racing upset of all time.

Only one year later Greglach upset the odds, the horse ridden by Robert Everett won by 6 lengths, this one wasn’t a fluke however, it was more about careful planning from the jockey with him consistently gaining ground on the leaders. He overtook one of the sports most impressive horses Easter Hero after passing him at the second to last fence.

It was quite a while before we saw another 100/1 winner, and it was potentially the most controversial one. This year there was a thick fog over Aintree, and there is a suspicion that Jockey Eddie Dempsey and Caughoo hid behind a fence near the beginning of the track and came out of hiding at the end of the race, near the front and with a fresh horse.

Dempsey was accused and even assaulted by fellow riders, until years later when photos emerged showing he won fair and square.

Foinavon was possibly a bit lucky. But, his story won hearts and actually ended with the horse having a fence names after him. At the 23rd fence he was still in the race, but only just, luckily for him there was a mass pile up.
As a result Foinavons bad start won him the race as he was able to avoid the pile up. 17 riders remounted and got passed the startled horses, but they weren’t able to catch up.

Mon Mome is the most recent long shot to come in at 100/1. The horse was only the second to be trained by a woman and it was also the first French bread winner in over a century. It was even the jockey’s 1st time to race the Grand National. Quite the fairy tale story.

For more info on the Grand National and where you can get the best grand national betting odds and deals on this years, check out our friends at Grandnational.org.uk.