Trending
You are at:Home»Lifestyle»What Next for Pep Guardiola? 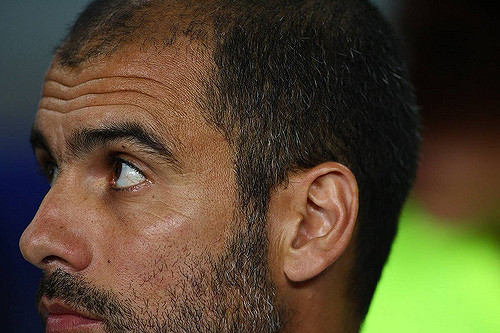 Pep Guardiola has often divided opinion amongst UK soccer fans. Despite winning 14 major trophies in four seasons at Barcelona, eclipsing the achievements of all previous coaches, many were of the opinion that he got lucky. After all, he had inherited some of the best players to ever grace the game, including Lionel Messi, Xavi Hernandez and Andres Iniesta.

His subsequent three-year spell in charge of Bayern Munich was also treated with scepticism by some because of his failure to win a Champions League title. His side did reach the semi-finals of Europe’s elite league on three occasions and bagged seven other major trophies under his stewardship but his tenure was still classed as a failure by some – despite an 80.39% win ratio.

Criticism often consisted of comments such as “My grandma could win trophies with that team” or “he is just a checkbook coach.” If he lost a game, it was suggested that “he has no plan B” as if only by achieving perfection could he truly prove himself. And, of course, this led to claims that would struggle amongst the cut and thrust of the Premier League.

Such was the clamour from many to see him fail in England that last season’s third-place finish (with Manchester City) was met cries of “I told you so!” Pep had been found out. However, some did suggest that he just needed time, and the subsequent performances of the Sky Blues in the 2017/18 campaign have caused even his harshest critics to change their tone. The realization that this slightly eccentric Catalonian is actually the real deal is finally settling in.

With a Premier League title seemingly inevitable – Manchester City are only 16 points adrift of their total point’s tally for the whole of last season, and 1/100 for the title in the football betting – it won’t be long before people start asking the question; “What’s next for Pep Guardiola?”

He may decide to spend another year or more in England, but there is a feeling that sooner or later, he will start dreaming of a new challenge. Some have suggested that could come via the Spanish national team, and his own comments have backed this up. But unless Julen Lopetegui fails spectacularly in Russia next summer, the Spanish Football Associations look set to stand by their current incumbent for the foreseeable future.

Another option could be Italy. Guardiola spent three seasons of his playing career on the peninsula and his penchant for all things artistic could see him drawn to a role in Rome, Milan, Naples or Turin. However, his current wages are well beyond the reach of most Italian teams, so there would have to be some compromise there.

Another option, and one that comes slightly from left field, is the Qatar national team. With the country hosting the 2022 World Cup, it has been suggested that they will attempt to land a big-name coach to head up their team for the event. Once again, Guardiola has links to Qatar, both through his playing career and also through the nation’s sponsorship initiatives with Barcelona. What’s more, his wage demands would not pose a problem.