Trending
You are at:Home»Entertainment»Movies»Movie Review: “The Commuter” 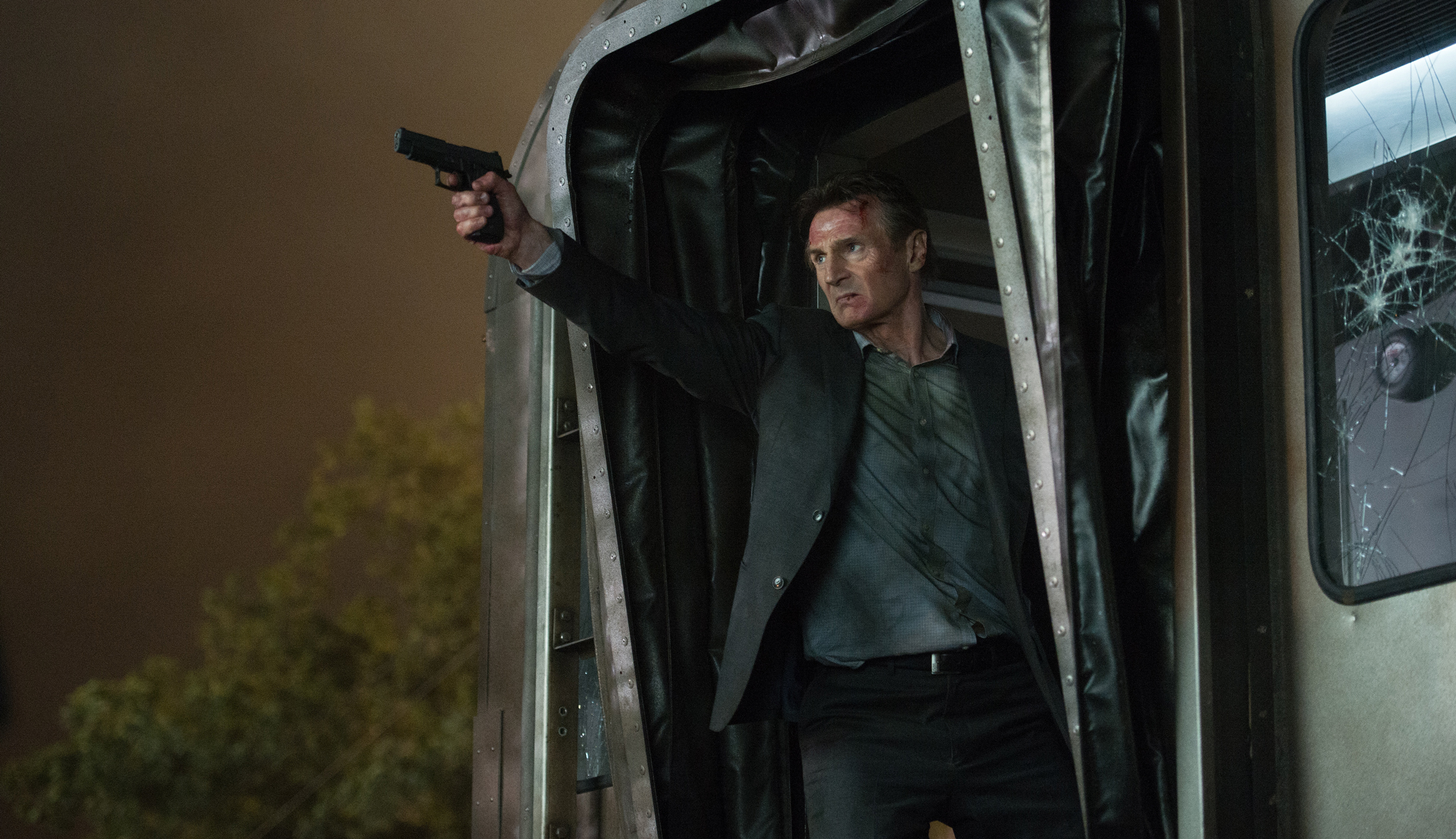 Despite the fact that there are now more ways to create and distribute films, there has been a continual shrinking of the types of movies that major studios release. For the most part, they are either putting out tentpole films (giant blockbusters with hundreds of millions of dollars in budget and marketing) or prestige pictures (smaller projects made to garner awards, praise and therefore raise the profile of the studio). One of the casualties of this striation of films is the B-movie, that entertaining and totally adequate movie that was never made to break box office records or reap tons of praise from critics.

The B-movie got its name from its placement in double features back in the day; audiences would pay for one ticket to two movies – the A film that had the stars and the money behind it, and the secondary picture that was made to prop up the A-movie and perhaps make some money as well. B-movies never had lavish budgets, would comfortably rest on having one or two “name” actors in the cast, and possessed a very simple ambition of being entertaining. Now, every movie is a huge gamble for the studios because they are sinking more and more money into fewer and fewer projects, resulting in everything being market-tested and demographically approved, and thereby preventing the sort of mid-tier filmmaking that was the bread and butter of many production companies for decades. One of the few directors still making B-movies is Jaume Collet-Serra, whose latest entry is “The Commuter,” a perfectly adequate thriller that is neither incredible nor terrible.

Michael MacCauley (Liam Neeson) is an ex-New York City cop who has spent the last ten years building his life while peddling life insurance. After a disastrous day that finds him jobless while staring down the double barrel of two mortgages and a son going off to college, MacCauley gets back on the train to head upstate to his home as he does every day. The mysterious Joanna (Vera Farmiga) approaches him with a hypothetical question that quickly turns into a proposition: if MacCauley is able to find a person of interest on the train, he will be rewarded handsomely for his actions. MacCauley soon realizes that if he completes this task, someone will end up dead, but if he doesn’t, his family will be killed. He then tries to unravel a mystery about his fellow passengers while ensuring his family’s safety in a race against the clock.

“The Commuter” is perfectly fine. The movie has a breezy charm that allows it to coast freely for its 104-minute runtime, even if it does feel like it’s ten minutes too long. It has a propulsive mystery and energy to it that has very little slack, bringing viewers along on an enjoyable ride. Neeson is not in his Bronson-like “Taken” mode but instead plays a middle-class Everyman with a lot of warmth and charisma to make him likable and identifiable. He navigates the action and tension very well, and he draws in the audience because he seems like a regular person in an impossible situation. Farmiga has little screen time, mostly serving as a voice on the phone, but she’s a cool villain that seems to meld menace with corporate psychology into an evil that is easy to recognize. However, the fun is found less in their sparring and more in the inventiveness that Neeson must employ to stay a step ahead of the police, his antagonists and getting to the bottom of what’s going on within a confined location.

Collet-Serra has a grand tradition of turning out entertaining if not everlasting movies. He reteams with Neeson for their fourth (and best) film together (following “Unknown,” “Non-Stop” and “Run All Night“) to deliver a cinematic experience of moderate ambition but excellent craft. The score, camera angles and acting all add to the increasing intensity of the panic that MacCauley is feeling as he finds himself lost in a world of impossible choices and generally screwed on all sides. The claustrophobia of the train cars and the limiting enclosure of the one setting furthers these feelings and makes it all move at a fair clip. The mystery is fairly obvious, the plot twists are predictable and the CGI used in a climactic scene seems cheap and unpolished, but those are all forgivable because “The Commuter” never thinks it’s something it’s not; the movie knows it’s a straightforward potboiler and performs adequately as such. It’s not insulting with its stupidity nor is it overreaching with grandiosity – the film merely seeks to entertain and does just that.

“The Commuter” is not a great film. It’s not even one of the better thrillers set on a train (a surprisingly large subgenre, actually). But Collet-Sera’s film is a fun time at the movies that is very easy to forget about afterward. It’s the type of film that you find on TV but never feel bad about watching because it’s a perfectly fine ride that has lots of entertaining moments and performances. The writers even manage to sneak in some not-so-subtle themes of the middle class perpetually screwed by the powers-that-be and the financial sector. The filmmakers and cast have crafted a fun movie that blends thrills, morality plays and action to deliver a delightful way to spend your time. In a world where everything has to be the biggest or most important film, it’s a genuine relief to just sit back and enjoy a strong B-movie.